Wiley Cash, author of the NYT bestseller, A Land More Kind Than Home, talks about returning to his childhood library 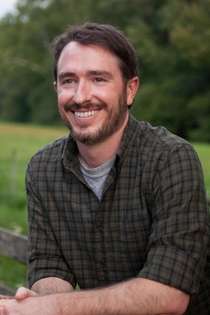 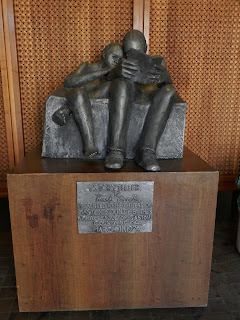 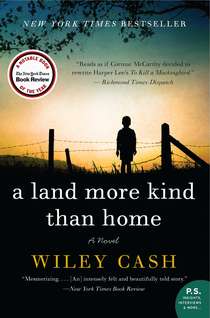 Wiley Cash isn't just a really great guy, he's also a superlative novelist, and I wasn't the only one raving about his debut, A Land More Kind Than Home. It was a New York Times bestseller, and a New York Times Notable book of 2012. Kirkus, Library journal and Books-a-Million also put it on their Best Books of 2012 list, and it was the Debut of 2012 from UK's Crime Writers' Association, as well as a Barnes and Nobel Discover Great Writers Selection, and IndieNext Pick an a Southern Independent Booksellers's Alliance Pick. I'm thrilled to have Wiley here again. Thank you, Wiley.

Wiley Cash on Returning to His Childhood Library: What He Found, What He Remembered, What He’ll Never Forget

Sixth birthdays were special in our family because that was the day you got your first library card, and once you got a library card you’d never be bored for the rest of your life. Boredom was something hard to come by in our neighborhood in Gastonia, North Carolina, where we had a basketball hoop in the driveway and miles and miles of woods and fields and streams all around us. But you could only spend so much time shooting baskets or playing in the woods or searching the creeks for turtles. You’d eventually have to come inside when it rained or when it was time for bed, and what were you going to do then?

I grew up with a mother who read to my sister, brother, and me, and early on I understood that life isn’t just about the things you do; it’s also about the things you think, and thinking is what reading gave me the time and the tools to do. That may be why I was always so taken with the sculpture “Storyteller” that sat in the foyer of the main branch of the Gaston County Public Library. The sculpture is of a person holding a book in his lap, reading it aloud to a much younger person who sits on his right. There was always something comfortable, familiar, and magical about that sculpture, and I still felt that way when I saw it in May 2012 when I was at the library to read from my novel A Land More Kind Than Home, out in paperback from William Morrow/HarperCollins on January 22, 2013.

By the time I visited the library in my hometown, I’d already been on book tour for two weeks, visiting dozens of book stores and book clubs all over the south. But this was different; this was the place that had turned me into a writer, and I knew I’d see, at least I’d hoped to see, the people who gave me stories to tell. I wasn’t disappointed. Several of my teachers from elementary and junior high school were there, and so were old neighbors and friends and parents of friends who I hadn’t seen in years. Neither I or my family have lived in Gastonia since 1998, but on that day in May it was like I’d never left home, and I didn’t feel that way just because of who was in the audience. I also felt at home because of the library itself.

The next morning, before I left town for another event in Charleston, South Carolina, I went back to the library to see if the magic of the previous day had faded after the reading was over, the books had been signed, and the people I’d known all my life had gone home. But the magic returned when I stepped into the foyer and saw the old sculpture I’d been seeing all my life. I spent the next couple of hours wandering through the library, picking up books I’d checked out when I was a kid and looking for my own book on the shelves. To my delight, it wasn’t there. “They’re all checked out,” a man at the circulation desk told me. “All twenty copies.” I don’t know that I’ve ever been so proud in my entire life.

But the most memorable part of the day came when I took a trip upstairs to the periodicals section to look for a story that had been haunting me for years. When I was fifteen years old, two young sisters who’d gone to my church were both murdered by their considerably older boyfriends. I’d thought about those two girls a lot over the course of my life, and I think something about their story went into my second novel, which is about two young sisters whose father kidnaps them from a foster home in Gastonia. The two girls who’d been murdered were foster children as well, and they’d spent part of their lives being raised by an elderly couple from my church. I knew the couple’s names and the girls’ first names, but I never knew their last names, and I was never able to find them even though I’d spent years searching the internet for any news of two young sisters who’d been murdered in Gastonia, North Carolina, in the early 1990s. But it only took the reference librarian about fifteen minutes before I was looking at a microfiche of the two sisters’ faces on the cover of The Gaston Gazette on the day after their bodies were found covered in lime in a shallow grave at the foot of Crowder’s Mountain. The girls looked exactly as I’d remembered them, but there was so much I’d forgotten about their story that I was now able to learn. I thanked the reference librarian over and over, and I told her I’d spent years trying to find the information that she’d found in a matter of minutes. “That’s what we’re here for,” she said, smiling. “We love it when the internet isn’t enough.”

I left the library that day knowing I’d return, whether it would be to roam the shelves the same way I’d once roamed the woods behind my house as a child or to discover the mysteries of my youth by opening the pages of history in order to write my own. I have to go back. All the things I remember, all the things I’ve forgotten, and all the things I want to know are there.
Posted by Caroline at 11:34 AM

I love the fact that you still find our library a source of comfort and help. We tend to take for granted institutions in our communities, especially those we ride by almost everyday! I look forward to reading your next book and also to your next visit tO The Gastonia Branch of the Gaston County Public Library!

Oh Wiley! Your story about the murdered sisters broke my heart. I am teacher in Gaston County and taught one of those girls. It devastated me!
Another part of that story that makes the memories come back in sad waves was that I also taught one of the boys who was found guilty of murder! I remember exactly where I was when I heard the news.
As educators, we work so hard to help kids improve their lives, but every once in a while the evil wins! This was a monster win for evil!

Hello, after reading this awesome article i am too glad
to share my experience here with friends.

Pretty nice post. I just stumbled upon your weblog and wished
to say that I've really enjoyed surfing around your blog posts. After all I will be subscribing to your rss feed and I hope you write again soon!

Can I just say what a relief to find someone that
really understands what they're discussing on the net. You actually understand how to bring an issue to light and make it important. More people need to read this and understand this side of your story. I can't believe you are not more popular since you surely have the gift.

Thanks a bunch for sharing this with all of us you really
know what you are speaking approximately! Bookmarked. Kindly also consult with my site =).
We could have a hyperlink exchange contract between us

My web page: steuerberatung in wiesbaden

Link exchange is nothing else but it is simply placing the other person's weblog link on your page at suitable place and other person will also do similar in support of you.

Take a look at my page ... paläodiät