Joanna Hershon talks about her extraordinary new novel St. Ivo, writing, loss and so much more 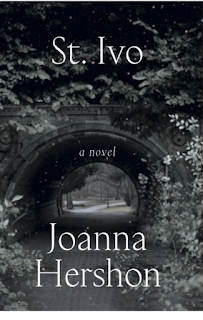 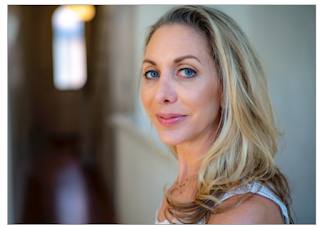 Joanna Hershon is the author of five novels: the extraordinary St. Ivo (Forthcoming from Farrar, Straus & Giroux), Swimming, The Outside of August, The German Bride and A Dual Inheritance (Ballantine Books).  Her writing has appeared in (among other places) Granta, The New York Times, One Story, The Virginia Quarterly Review, the literary anthologies Brooklyn Was Mine and Freud’s Blind Spot, and was shortlisted for the 2007 O. Henry Prize Stories. She’s an adjunct assistant professor in the Creative Writing department at Columbia University and lives in Brooklyn with her husband, painter Derek Buckner, their twin sons and daughter.

I also always think that writers are haunted into writing their books, looking for some answer. What was haunting you when you wrote St. Ivo?

The process of how this book came into being seems directly born from a haunting or at least the notion that writing fiction is inevitably about following one’s anxieties, even if (or especially because) the anxieties are unconscious. I had the basic opening for this book for years, during which time I thought I was going to write some kind of literary thriller involving a whole subculture about which I ended up writing exactly nothing. I did a fair amount of research and plotting and then I was…stuck. I couldn’t sort it out, couldn’t find the story. In the meantime, my domestic life was extremely full with raising twin boys and moving and renovating, and when our boys were 8 years old, I became pregnant again. I decided to put the writing project aside. I was too frustrated by my inability to find the story. Our daughter was born and I was happily focused on her, and when she was about six months old and I hadn’t written in months, I rejoined the wonderful Brooklyn Writers Space and forced myself to return to that same opening for the thriller, only now I would forget about plot, craft, structure—basically anything

I usually consider when beginning a project. I would write the way I used to in journals when I was a teenager. Those writing sessions were almost feverish. An image would pop up and I’d write into it and I’d let myself veer off into interrupting images that reminded me of Tarot cards. This probably sounds like it would have produced pages and pages of indulgent digressions, but, actually, very quickly, my imagistic threads began braiding themselves into a cohesive structure. And what I found was that I wasn’t writing a thriller but I was full of dread and also strange anticipation. I was writing a story of a mother who had lost her daughter to forces beyond her control. There I was, hoping to write past my own judgements about plot and structure and what I found was that I was haunted by the what-ifs of being a parent. I hadn’t consciously worried about any of the specific issues that I eventually came to write about, but fear is primal. And so, of course, is love.

So much about St. Ivo is about the choices we make, the families we create—or tear apart. And it’s a literary novel that also blends in suspense, which I loved. But the question that got me was about how we are able to move on from loss, and that perhaps the answer is we don’t. instead, we have to learn to live alongside it. Can you talk about this please?

You put that so eloquently! Learning to live alongside loss—it’s remarkable. The idea that one can go on with living after horrible things happen—the notion that the pleasures of life are still possible—this notion seems perverse in the face of grief, and it’s also weirdly thrilling, almost illicit. There’s this addictive and perhaps especially American story of linear experience in which we suffer and come through it; we not only learn but grow. This process can certainly be both true and inspiring, but it seems that the more realistic narrative is a layered one, a multi-faceted reality in which one can be simultaneously miserable and also taste something delicious, sad and anxious and also able to run and sweat and feel the strength of physical exertion. We can be depressed, able to charm strangers and enjoy the force of our own charm. The simultaneous experience of outer and inner life, how many inner lives can exist at once—this is where fiction can approach what it feels like to be alive.

I want to talk about the beauty of your language, which had me underlining passages. How does that come about as you are writing?

Oh Caroline—thank you. I mean… I have no idea. I will say that I consciously try to write while remaining connected to my body. Michael Cunningham was an important teacher for me when I was writing my first novel, Swimming. His ability to convey the importance of staying connected to our physical selves (in addition to his indelible contributions to literature) made a particular impact on the way I approach writing.

I loved that the story was unfolding in three days, especially hot ones—for some reason that gave it such an atmospheric charge! Can you talk a bit about your story world, and why you set it where you did, and how it furthered the story for you?

This novel began as two separate pieces. My original feverish beginning that I mentioned earlier turned into a short story called (confusingly!) Saint Ivo, which was eventually published in Granta. That story has a pretty similar beginning and ending as my St. Ivo novel but there’s nothing set during those three days, no weekend away. Before Granta accepted it, I couldn’t let the story go, and I kept thinking about it. Simultaneously, I was talking out a novel idea with my husband about a weekend set in an area where we’d once spent part of a summer. At some point I merged the two stories. The sense of place, the strange beauty of the location and the vague feeling of potential menace—it all took on a life of its own. And I do tend to love the construct of a weekend visit, how temporary domestic rhythms establish themselves so quickly over a limited period of time.

To be honest, I’m a little obsessed with the idea of St. Ivo being released into the world. Though this is my fifth novel, I still find it amazing that my own invented, intimate story will (hopefully) be read by friends and strangers. That readers will have their own personal experiences with my story seems remarkable. No matter how slim a novel is--and this happens to be my slimmest by far—it’s a commitment to read a novel, and I’m honored when anyone commits to mine.

Your questions were just perfect. Thank you so much for your curiosity and for being such a true champion of writers.