Who controls women's bodies and their minds? Clare Beams talks about her raved-about novel THE ILLNESS LESSON, how the 19th Century is relevant to today, mass suggestion, how we control our worlds, and so much more 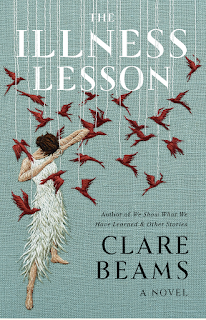 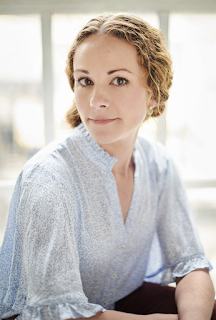 Part of being an author is getting arcs! And when Claire Beams' THE ILLNESS LESSON came through the door, I immediately snatched it up. How could I not? About a mysterious flock of red birds who descend on a 19th Century girls school, about the power men insist of imposing on women, and so much more, the book is a marvel. And I'm not the only one to think so. Just look at all this:

THE SUNDAY TIMES WHAT TO READ IN 2020

ESQUIRE’S BEST BOOKS TO ELEVATE YOUR READING LIST IN 2020

LIT HUB’S MOST ANTICIPATED BOOKS OF 2020

BUSTLE’S MOST ANTICIPATED BOOKS OF FEBRUARY

THE MILLIONS MOST ANTICIPATED BOOKS OF FEBRUARY

“The Illness Lesson is a brilliant, suspenseful, beautifully executed psychological thriller. With power, subtlety, and keen intelligence, Clare Beams has somehow crafted a tale that feels like both classical ghost story and like a modern (and very timely) scream of female outrage. I stayed up all night to finish reading it, and I can still feel its impact thrumming through my mind and body. A masterpiece.”
—ELIZABETH GILBERT, AUTHOR OF CITY OF GIRLS
“Stunningly good—a brainy page-turner that's gorgeous and frightening in equal measure. The Illness Lesson dazzled me.”
—Leni Zumas, author of Red Clocks

Clare Beams is no stranger to awards. Her story collection, We Show What We Have Learned, won the Bard Fiction Prize, was longlisted for the Story Prize, and was a Kirkus Best Debut of 2016, as well as a finalist for the  PEN/Robert W. Bingham Prize, the New York Public Library’s Young Lions Fiction Award, and the Shirley Jackson Award.

Best of all, in interviewing Clare, I learned that not only did she live in my hometown, Boston, but she now lives in Pittsburgh, where I lived for a time, AND she even knew where my old apartment (hilariously called The Lion's Head) was!

Thank you so much, Clare, for both the amazing read and the interview.

I always, always want to know what was haunting you that got you writing this fabulous novel? And did that haunting change as you were writing?

When I started The Illness Lesson, I had just finished six years of teaching high school English, and I think a lot of the questions teaching raised for me—about power, about students and our responsibilities to them—haunt this book. More concretely, the book was sparked by a visit to Fruitlands in Massachusetts, site of a failed commune established by Louisa May Alcott’s father, Bronson Alcott. The place itself is very beautiful, and what happened there had beautiful origins—lots of lovely and noble ideas about humans and their worth—and yet was so misguided in a practical sense (they had a lot of complicated and poorly thought-through theories about what they should and shouldn’t eat, no one really knew how to farm, they all almost starved to death, etc.). That kind of contradiction haunted me, and so did the question of who might end up paying for a contradiction of that kind. And as I wrote, the girls and Caroline and their plight began to haunt me more and more.

What was it like to move from a short story collection to a novel? (I always say that writing a story is like an intense affair, but a novel is a long, satisfying marriage.) Did you feel that there were new lessons you had to learn, and if so, what were they?

I like your analogy! That feels right to me. A story’s premise doesn’t necessarily have to obsess me for long (though it does have to obsess me very deeply)—but this novel had to concern questions that felt inexhaustible in order to be capable of drawing me in over the course of seven years, even as my whole life changed. Practically speaking, I was writing many of the stories in my collection and just about all of this novel as a parent of very young children, and I just had a much easier time finishing the stories. The story form lent itself to the kind of time I had—short, intensely focused pockets—much more naturally than the novel form did. Once I had a draft of the novel, I spent whole years kind of picking away at it in the little bits of time I could find, instead of tackling the massive overhaul I knew was in order, because it was so hard to find the concentrated stretch of months I needed in order to hold the whole thing in my head. I learned a practical lesson about the necessity of finding that kind of time, and about what it took to make it happen (a full-family effort, basically). Craft-wise, the lessons I learned over the course of writing the novel had a lot to do with pacing—I had to figure out how to deliver just enough information while keeping the story moving. Of course that’s part of the work in a story too, but it felt more challenging here. I suspect it’s a balance I’ll have to learn all over again for the next project, because I’m betting every novel requires something different.

Why did you set the book in the so-called progressive 19th century? And what fascinated you the most about the research?

I adored Little Women as a kid—I read it dozens of times—and over the years I just sort of stayed fascinated and kept reading about the thinkers of that time. And the more I read, the more obsessed I became with the Transcendentalists and some of the tensions in their philosophy, the way many of their ideas were so beautiful and uplifting and based on the fundamental worth of all people, but still there were all these women (sometimes utterly brilliant women, like the Peabody sisters and the Louisa May Alcott) around the brilliant men, facilitating their lives in ways that often went unacknowledged. I wanted to explore those tensions dramatically—and while I’ve set them in the 19th century here, as a sort of means of intensification, I don’t think we’re actually done with them. Research-wise I loved learning about all of these thinkers, and I also did lots of interesting and unsettling reading about Victorian medicine.

This book, though set in the 19th Century feels very appropriate for today. The school tries to be modern, with its emphasis on free thinking, but when things turn dark, the men take over, and unfortunately that means judging women’s maladies and denying them any power of their own. Sigh. Would you agree with me that “finding productive ways of living in the world as it is” might not be the best path, and that women, instead, should perhaps live in the world as they want it to be?

Oh, I so want to agree with you! What I can say is that in this novel I think I’m raising that question and pointing out why it can be such a difficult one to answer, more than trying to answer it, since probably everyone’s answer is different. As for my own personal answer, yes, I think to the extent it’s possible, we should live in the world as we want it to be, but I also think we should be ready to bump up against the world’s designs for us and to work to change those designs when we have to. I wish we didn’t have to—and I really, really wish my daughters wouldn’t have to. It can take so much time.

My new project takes some of my constant obsessions—what it means to be a woman in the world, how we exert power over one another—and bends them toward the state of pregnancy.

You did a wonderful job! I’ve been waiting for someone to ask me about the plot of the novel-within-the-novel, the melodramatic gothic thriller The Darkening Glass, because at one point I had the whole thing pretty much worked out—but it’s probably best lost to the sands of time!