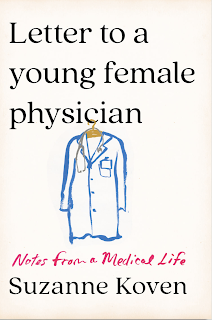 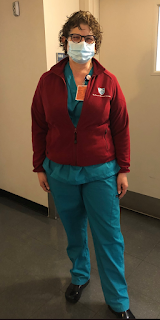 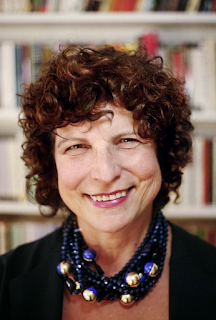 It's no secret how much I love nurses and female doctors, both of whom saved my life when I was sick. So, of course, when Suzanne Koven's book LETTER TO A YOUNG FEMALE PHYSICIAN bumped into my house, I snapped it up and was immediately engrossed. And I quickly tracked her down and asked if I could talk to her and promote the book.

Suzanne Koven joined the faculty of Harvard Medical School and has practiced primary care internal medicine at Massachusetts General Hospital in Boston for over 25 years. In 2019 she was named inaugural Writer in Residence at Mass General. Her essays, articles, blogs, and reviews have appeared in The Boston Globe, The New England Journal of Medicine, The Lancet, The New Yorker.com, Psychology Today, The L.A. Review of Books, The Virginia Quarterly, STAT, and other publications. Her monthly column “In Practice” appeared in the Boston Globe and won the Will Solimene Award for Excellence in Medical Writing from the American Medical Writers Association in 2012. Her interview column, “The Big Idea,” appears at The Rumpus. Suzanne conducts workshops, moderates panel discussions, and speaks to a variety of audiences about literature and medicine, narrative and storytelling in medicine, women’s health, mental healthcare, and primary care.

Thank you so much, Suzanne for being here, and for this wise, must-read memoir.

I want to first talk about your astonishing essay about imposter syndrome which was read nearly 300,000 times globally. You’ve written that that was terrifying to publish, so how scary was it to expand that essay into this remarkable book? What was the why now moment when you decided to go ahead and do it and what did that feel like? I’d also like to ask how you felt writing this book, if you had any sensation that maybe you were not an imposter after all?

It was scary to write a memoir, but not because of the self-revelation involved. One thing that publishing the original “Letter” essay and other personal essays taught me is that when you confront your most shameful thoughts on the page readers see themselves, not you. I felt pretty confident I wouldn’t be judged harshly for my faults and foibles. I felt much less confident about whether I could actually complete such a large project and yes, my imposter syndrome flared. I’d finally gotten over feeling like a doctor masquerading as an essayist and now I felt like an essayist masquerading as a memoirist! But my wonderful family, agent, editor, and writing buddy all cheered me on and, if I learned nothing else in my medical training, I am capable of persevering when I want to quit. This came in very handy.

What I so loved about your memoir was that so many of us tend to see doctors as gods, yet you show the tender parts—the insecurities, the fears, especially as women. One female doctor told me she was on a plane when a patient had a heart attack. She flew into action only to be told that “they needed a real doctor.” Why has this attitude persisted and do you see it getting better?

And these kinds of horrifying incidents happen even much more often to female physicians of color. I did want to show that doctors—male and female—are just people. But, as you say, I also wanted to explore how being a doctor is different for women. And the fact is that sexism in the form of pay inequity, harassment, gaps in promotion and research funding and in incidents like the one you mention do persist. I think they persist for the same reason that sexism persists in other professions and industries: because for all our progress we still live in a very sexist society. And medicine is, perhaps, more traditionally hierarchical—and patriarchic—than most.

I also loved how reading has enhanced your practice with Lit med. There is a narrative of illness. Patients are stories. But doctors are stories, too and I wish they knew how much patients appreciate knowing that of them—much like how readers appreciate your honest book.  Is it necessary not to be friends in order to have a good doctor/patient relationship, and if so, why?

The boundaries between doctors and patients interest me so much and I wrote about them a lot in the book—also the boundaries between my own roles as doctor/mother/daughter/friend. A doctor can be a friend—my doctor is my friend (and colleague!)—but to be effective she can’t be only a friend. I often feel, though, that I do some of my best doctoring when I am straddling the border between doctor and friend.

You write a lot about dieting in your book but what I was wondering about is the relationship between doctors and nutrition. People do use food to manage stress and anxiety, but I've never heard information about this from any of my doctors. Why?

Doctors received little education in nutrition when I was in training and I don’t think they get much more now. And if you go to the average doctors’ conference—particularly those involving residents—don’t expect to see much healthy food. That’s a bit of a different issue than dieting. Though in recent years the medical community has started to see obesity as a medical condition, nutrition is still largely outsourced to commercial enterprises and, as I write about at length, female doctors are not at all immune to the pressure to be thin that this culture places on women.

What’s haunting you now and why?

I love that young women in medicine (and other readers!) are responding so deeply to my book. But I am haunted by the fact that my tales of sexism in medicine 30 years ago ring so true to young doctors today. I mean, shouldn’t we have made more progress in three decades?

You did great. Thanks so much for reading my book so generously!

Posted by Caroline at 3:12 PM No comments: