Rochelle Jewel Shapiro, author of Kaylee's Ghost, talks about What Haunts You


Good friend Rochelle Jewel Shapiro, author of the novel Kaylee's Ghost (Kirkus gave it a rave) is on the blog again today to talk about why writing about what haunts you is so important. Honored to have her here! Thank you, Rochelle. 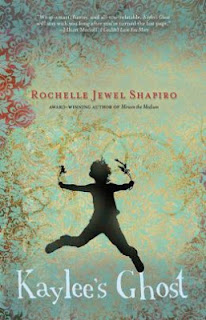 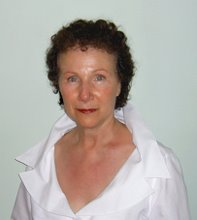 WHAT HAUNTS YOU
By Rochelle Jewel Shapiro

Maybe you’ve convinced yourself that the person-shaped shadow you glimpsed from the corner of your eye must be one of those floaters you heard people can develop and you will ask your ophthalmologist about. And surely that whispering you heard was the wind, no matter how breezeless the day. And that whiff of roses you smelled while walking mid-winter on a desolated stretch of boardwalk must be someone’s perfume. Still, you have to admit that something haunts you. And that’s what you need to write about! That’s what will be the most vivid, most compelling to your readers.

According to dictionary.com, one of the definitions of haunting is “to recur persistently to the consciousness.” Miriam Kaminsky, my heroine in both Miriam the Medium (Simon & Schuster) and my newest novel, Kaylee’s Ghost, a phone psychic like myself, is such a big part of my consciousness that people call me Miriam and I answer to it. And her Russian grandmother from whom she inherited her psychic gift as I did mine is so much in my psyche that every morning I see her sitting at my dining room table, sipping a glass of tea, the steam fogging her small silver-rimmed eyeglasses. I
can even smell the lavender talc that she powder-puffed onto her creased neck.

I’m haunted by the tragic plight of people who have had to flee from their homelands because of religious or political persecution as my paternal grandmother fled her Russian village with her five surviving children (five sons murdered in the pogrom) and my husband’s parents escaping Hitler’s Europe. The immigrant experience is always part of my consciousness, part of my writing. Whenever I see or read about people fleeing countries or huddled in refugee camps, it doesn’t matter how different their backgrounds, I feel that I know them intimately, that they are my people. And I know their generations, how they will carry the experience, be haunted by it.

Another thing that stays with me, that is part of my writing, my psyche, is those moments of giddiness that can happen even when things seem at their worst. For example, both in waking life and in dreams, I can see my maternal grandpa, Eli, pale and heavy, falling down our long flight of steps like a float in a Macy’s Thanksgiving Day Parade, then landing dead-still at the foot of the stairs. In my gut, I feel my childhood terror when my grandmother pulled up his eyelids and there were no pupils. I can see her pinching his nose to make him swallow the dose of strong laxative, her cure for everything. Then I hear his stomach growl to life, watch him hobble top-speed to the toilet.

Writing about what haunts you will help you stay the long course of a novel, from its inception to its final word. Watch and listen for the energies of your imagination—or is it the spirits?—who will guide you and not let go.

Rochelle Jewel Shapiro is a phone psychic. Articles have been written about her psychic gift in Redbook, The Jerusalem Post, the Dutch Magazine, TV GID, and the Long Island section of the New York Times. She’s chronicled her own psychic experiences in Newsweek (My Turn), and The New York Times (Lives) which can be read on her website at http://rochellejewelshapiro.com.
twitter @rjshapiro

Rochelle Jewel Shapirohttp://rochellejewelshapiro.com
Posted by Caroline at 11:58 AM