Maddie Dawson talks about her new book A HAPPY CATASTROPHE, recurring characters, how this book is different from any other book she's written and more. 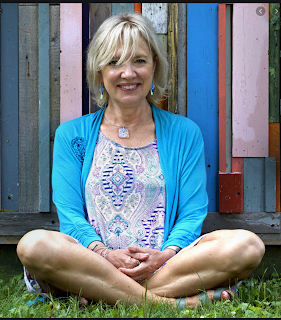 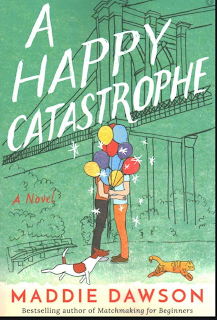 Maddie Dawson grew up in the South, among storytellers! She's the author of The Stuff That Never Happened, The Opposite of Maybe, The Survivor's Guide to Family Happiness,  Kissing Games of the World, A Piece of Normal, Matchmaking for Beginners, and her latest A Happy Catastrophe! I'm thrilled to host Maddie here, and everyone should buy her book!

I always want to know what was haunting an author, what Big Question you were grappling with that moved you to write your latest book?


Such a wonderful question! I wrote this book because I was a mess, and I wanted to make myself happy. Like a lot of other people, I was feeling scared about the planet, U.S. politics, ordinary civility and a whole host of other things that seemed to be sitting on my chest each morning waiting for me to wake up. (This was pre-Covid, so I didn’t know yet how much more there was to worry about!)

When things get overwhelming, one of the best parts about being a writer is that we can go into another world. I love the Lee Smith quote about how when the world is crazy, writing a novel is just about the best thing we can do. It’s like a little world, she says, that we can enter; go in and close the door and stay there for a few hours. It totally absorbs you.

So that’s what I did. I wanted to write about what I truly do believe: that it’s magic the way love sneaks up on us, and the way that life can change in an instant, and that it’s never too late for happiness to find us, even in unexpected places.

It's wonderful to see old characters in a new book (from Matchmakers for Beginners). When you started the book, did you know how Patrick and Marnie were going to change?

Thank you, Caroline. I fell in love with Patrick and Marnie and their banter-ish, fun connection in Matchmaking for Beginners. And I was happy that they got together at the end of that book. BUT…deep down, I knew that Patrick needed to deal with a previous tragedy in his life before he could fully commit to Marnie, and so, in this new book, I had to throw some real surprises at both of them and let them come to the brink of disaster. (Don’t you just hate when you have to torture your characters?) I also wanted them to use their humor and laughter and belief in magic to see them through, but—I’m not going to lie—there were some tough days as we wrestled together!

And does this ever happen to you? There were a few times when I thought, “I am NOT going to be able to heal this couple! What kind of monster task have I created for myself here?”

So much of this enchanting read is about change--and how we navigate it in order to discover that the things we wanted, might just not be the things we need. Can you talk about this please?

Wow, that has been the main lesson of my life, I think. The way that the things I KNEW I needed weren’t the right things at all. Everything that has come into my life that is wonderful and true was NEVER in my original plan.

I wrote this book because I wanted to explore the idea that sometimes it’s the unexpected events that give our lives meaning—even though they are decidedly NOT the circumstances we would have chosen for ourselves. I was speaking with a friend one day, and she said, “I have come to realize that it’s always been the worst things in my life that have led me to the best things.” And I got to thinking about that; how in my life the things I never would have wished for led me to a greater compassion, a greater understanding, and sometimes even into a whole new lifestyle. The man I loved so desperately who left devastated me when we broke up allowed me to meet the man I’ve been married to for thirty-three years and who makes me laugh every single day. The rocky publishing stories early in my career led me to my ultimate publishing home and to an editor I adore.

Staying open to change and believing that things aren’t always what they seem—it’s a scary way to live (and I still fight it, thinking I know best)…but every now and then I can stop and remind myself what’s real.


What's obsessing you now, beside pandemic and politics, and why?

Ha! IS there anything besides the pandemic and politics? Really? I’m obsessed right now with learning to live in the moment—or trying to--to see what’s before me and not catastrophize. I’m obsessed with painting rocks on my back porch while I listen to a whole new cast of characters start to take shape in my head. I’m obsessed with a new grandbaby who is going to be born in October—a much wanted baby who comes after a pregnancy loss, so she seems extra wonderful.

You always ask the best questions, Caroline. I can’t think of a thing. Honest.

How was writing this book different than your last one? (I always hope that writing a book will teach each me something I can use in the next one, and it NEVER HAPPENS for me.)

Wow, isn’t that the truth?! It’s as though I have to re-learn novel writing with each new book. I guess that’s a good thing—keeps it real and keeps it from getting boring and/or formulaic.

This book was different because I knew I’d have to explore some pretty dark emotional stuff—Patrick’s tragic fire in which his former girlfriend died—and I wanted very much to go there with love and humor and respect for true suffering. By the way, you did that so beautifully in With or Without You. Your descriptions of the coma were mesmerizing and breathtaking. That’s the kind of writing I admire, and what we need to do, even when we’re writing uplifting stories about transformation. We have to be unflinching when looking at the hard stuff.

Thank you so much for inviting me to your blog! I am so thrilled to be here once again!