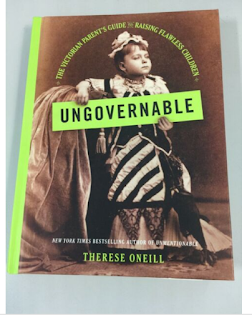 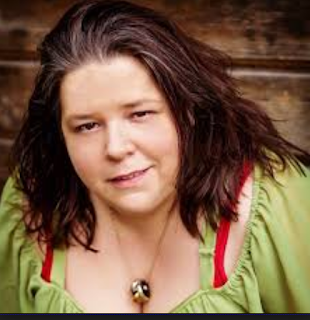 Therese Oneill is absolute one of the most hilarious people on the planet, and this compendium of terrifyingly odd parenting tips from the Victorian era is a book you want to buy extra copies of because your friends NEED this book. Therese is also the author of another fabulous book: Ummentionable: The Victorian Lady's Guide to Sex, Marriage, and Manners. Thank you so much for being here!


I love this book so much I want to marry it. How did you ever think to write about this? What was the why now moment?

First of all, thanks, Caroline. The book is too young to consider your offer of marriage but yet you honor our family name with your proposal.

I had this idea the day I signed the contract for my first book “Unmentionable.” I thought a “what to expect when you’re expecting VICTORIAN STYLE!” would be a natural follow up to a book about how to be a tidy Victorian lady.  Let me loop your next question about the research being hilarious/horrifying in here.

Within a month of research I was on the phone to my agent saying “TELL THEM WE GIVE THE MONEY BACK THIS IS THE WORST IDEA FOR A FUNNY BOOK EVER O GOD IT’S ALL WHISKEY AND LEECHES THAT DON’T EVEN WORK!!”

Which my very supportive agent and editor (Jessica Papin and Jean Garnett respectively) would not allow. I am from Oregon and New York ladies just terrify me. Manhattan needs more weed and Birkenstocks.

I thought it would be hilarious. But I began my research by looking in my own collection of “Mother’s Books” of the era. And it was page after page of “how to keep your baby from dying from mumps. From malaria. From coughing too hard. From a bad a cold. From a frickin’ splinter that turned a whole leg gangrenous…”

It took twice as long to write as LB had hoped…because the research had to be circumnavigated around the absolute horror of being a child in the 19th century. Worse than even older centuries…Industrial Revolution and Westward Expansion tripling the dangers of the poor mites.

I dipped, dipped into the bleakness, it would have been just too blithe and disrespectful not to, whenever it couldn’t be avoided, particularly the story of how child abuse became against the law.

So in short, there is so much I didn’t use that I could write a whole ‘nother book about it. But I’m not going too.

Obviously, parenting is going to change yet again, and the helicopter parenting of now will probably give way to all of us raising our kids like wolves. But is there anything that you think will stay consistent?

You ask freakin’ smart questions and I love you for that. Well, I figure it’s like this. Almost other the Mother’s Books of the era, written by both respected women and doctors, would recommend never picking up a baby just because it was crying. That it must learn to self soothe if it is not it’s designated feeding time. That’s so wrong by our standards. We can take away that little innocent’s pain by just holding her, and “designated feeding time”? That’s crap! They got teeny bellies!

But there is a reason “experts” recommended that back then. Mother had three meals to cook, at least one of which involved chasing down a live animal and slaughtering it, which stoking a fire that might at any second catch the house alight while teaching the five year old to read while doing her part for the church charity committee for the new widow in town…she wanted to pick up that little bundle, as bad as any mom does. But if she did…she’d have a child who could only find comfort in her arms. And she did not have enough arms.

The environment demanded a certain sort of loving parental care. Tough love, we’d call it. She was nipping the babies suffering in the bud.

The thing that remains constant therefore, is we freakin love those little goobers. We want them to thrive, for their path to be trouble free, for them to supercede up in all things. The environment we live in dictates how we’ll do that. And if we get to the point they get to run around like wolves, hurrah for civilization, because that means we believe our children to be safe and strong.

This book could have been written in a number of ways, but I loved the quirky tone you used, and the hilarious captions of the illustrations. Did you know it was going to be that way from the get go?

I have to be a smart ass when I write. Or bare bones tragic. I prefer smartass. My first book was image heavy because so many of these forgotten things need to be SEEN to be understood. And also…heh…I love inappropriate captions. Too much Far-Side and Mystery Science Theater 3000 as a kid. The q&a format was something I hadn’t planned…but it evolved naturally. Most parenting books are q&a…plus I wanted to give all the readers who thought my “voice” (brothel madam crossed with dowager countess?) of my first book was too condescending to have a chance to argue with me. It kept the satire from becoming bitter, and I didn’t want it bitter. That’s why I die inside every time a reviewer uses the word “snark.” I am not snarky. I’m satirical. There’s a pronounced difference, the bastards. (don’t quote that);

Lane Bryant catalogs from past decades. The women in my family have relied on them for the entirety of Ms. Bryant’s reign, over 100 years now. In the 90’s, some sort of revolution happened where fat-girl clothes because…PEOPLE clothes. Now I can literally find anything I want in size “fat” (I never owned a pair of jeans til college when they figured out to put some stretchy spandex in with the denim…it was rough going for a kid and teen) but the journey was agonizing, mystifying. All of Lane Bryant’s pre-1990 models, for instance, are size 2. I just received a catalog from the 60’s I want to dive into…I wonder how much the world would like to learn about fat chicks. Why did we hate them? Why was an ultimate sign of failure? Why did it change? Why do 1980s models look at you like they wish you’d fall off their yacht while this centuries models grin and hold their arms out to welcome you to the party? I hear you’re good at stuff like this, whaddya you think?

“What took you so long, you turd?” You shoulda asked that. I deserved that. I am sorry for the delay. The timing was insurmountable because like I said…Oregonian. Thank you so much for the opportunity to overload you with information. I’m really proud you liked the book. And thank you for your time and attention.
Posted by Caroline at 1:08 PM No comments:

War. Prejudice. Race. And the experience of "the other." Christian Kiefer talks about his remarkable new novel PHANTOMS, and more. 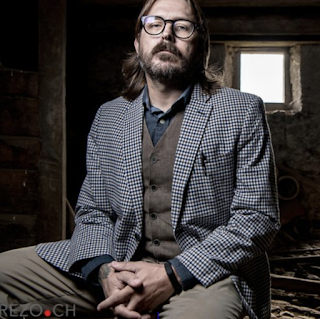 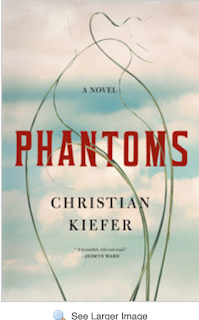 Christian Kiefer is a poet, musician and the knockout author of The Animals, One Day Soon Time Will Have No Place to Hide, and now Phantoms, a blistering great novel about war, prejudice and the Japanese-American experience. I'm not the only one to love this novel with a passion. Take a look at these raves:


“Haunting.... Ray’s poignant suffering is but one example of the bigotry and fear experienced by Japanese born U.S. citizens after Pearl Harbor, the same bigotry and fear of the other that still sadly exists in America today.... YA: Ray’s story of young love and loss as well as an often omitted aspect of WWII history will resonate with teens.” — Deborah Donovan, Booklist

“Kiefer's sweeping novel (after One Day Soon Time Will Have No Place to Hide) examines the ways war shapes the lives of ordinary people.... Kiefer's story sheds light on the prejudice violence ignites and on the Japanese American experience during a fraught period of American history, and makes for engaging and memorable outing.” — Publishers Weekly

“Sweet life spills from every perfect word. It will break your heart, and in the breaking, fill you with bittersweet but luminous joy.” — Kirkus Reviews (starred review)

“Set in the golden foothills of the Sierra Nevada and spanning the middle decades of the twentieth century, Phantoms tells the intertwined stories of two families, two wars, and two soldiers trying to make their way home. Exploring the brutal legacies of racism and war with unflinching honesty and incandescent prose, this novel asks: Who gets to tell their stories, and who doesn’t? What if you’re entrusted with—or thrust into—someone else’s story? Who gets to find their way home?” — Naomi J. Williams, author of Landfalls

“Christian Kiefer is a masterful writer, and this magisterial novel is aching with beauty and power. This is a great book.” — Luis Alberto Urrea, author of The House of Broken Angels

I always think that writers are haunted into writing the books they write. What was haunting you?

I think haunting is a great way to put it; the haunting here has largely to do with my community—not just in terms of where I grew up but people who look like me and, conversely, who don’t. I live in semi-rural Placer County, a place that has doubled in size since I was a child here but which is still basically a small town. Perhaps 12K population in all, and not part of any kind of urban sprawl. But you know, communities like mine are wonderful in a great many ways but they can also be inflexible, fearful, racist, insular, and so on. I love my community, but there was a story in its history that needed to be talked about, a kind of shame that we hold in our past, one common to the western states during the period of the second world war.
Posted by Caroline at 12:05 PM No comments: