Whitney Otto talks about Eight Girls Taking Pictures, how women manage or don't manage their lives, structure in a novel, and so much more 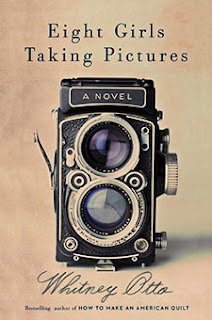 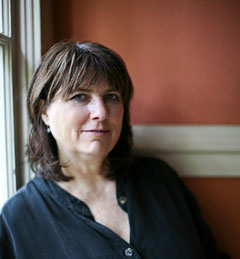 Who here didn't fall in love with How to Make an American Quilt? I still have my dog-eared copy on a shelf in my writing office. One of the most interesting writers around, Whitney Otto's new novel, Eight Girls Taking Pictures is a knockout. Whitney Otto is the author of five novels: How To Make an American Quilt, which was a New York Times Best Seller (as well as other bestseller lists) and NY Times Notable Book; nominated for the Los Angeles Times Art Seidenbaum Award, and adapted into a feature film produced by Steven Spielberg. Now You See Her was nominated for an Oregon Book Award, and optioned for film. The Passion Dream Bookwas a Los Angeles Times bestseller, optioned for a film, and an Oregonian Book Club selection. A Collection of Beauties at the Height of Their Popularity was a Multnomah County Library selection. Eight Girls Taking Pictures is being published by Scribner in November 2012. Her novels have been published in fourteen languages.Her work has also appeared in anthologies, magazines and the New York Times, The Los Angeles Times, The San Francisco Chronicle and The Oregonian. In 2006 she had an art exhibition of her shadow boxes at the Littman & White Galleries in Portland, Oregon.  Thank you for being here, Whitney.

Your novel focuses on eight female photographers, six based on real-life shutterbugs, and two that you made up, each underscoring some issues of family, sexuality, politics and more. How did you come to choose the photographers and what went into your thought process in creating the made-up photographers?

I've loved the work of the chosen photographers since I was quite young, though I wasn't always familiar with their personal stories.  The really short answer is that I wanted to spend time with them that went beyond admiring their pictures.  Looking at their stories allowed me to travel time and countries while thinking about the complex lives of women (as you point out).

In both cases--the known and the invented photographers--my primary interest was in those pictures that I loved.  To say it in a very simple way, we look at a photo and recognize the image without ever really knowing the story.  For example, Cunningham's "Unmade Bed, 1957," the first image in the novel, we see an unmade bed and some hair pins but we don't know anything else  (what are the circumstances?  What is the time of day?  Is it night?  Who's bed is it?  How long have the sheets been tossed aside?).  In my book, the photo depicts morning in a hotel in Berlin in 1910.  So you have the exact same image, only with a different story.  Though I should add that this book isn't simply an interpretation of a series of photographs.

I read that you originally decided to write this as nonfiction then segued into fiction. Why?

Though I did begin with a nonfiction version, I knew from the start that I would also write a novel using the same women.  I very much liked the idea of the two books as companion pieces, so similar and so very different.  Also, they would be written with completely different intentions.  When I thought about returning to the (interrupted) nonfiction version,  I realized that I really wanted to write the novel first.  Who knows if I'll ever get back to the other.

How did fictionalizing the photographers free you?

The quick answer is that fiction allows for a certain amount of  "creativity" with the biographical facts.  As I said earlier, a life may not always conform to the story you want to tell (or the idea you are trying to express).  Biographical fiction is a bit tricky because if you wander too far from the life of your subject, it really ceases to be your subject.

In the case of EIGHT GIRLS, I knew that I wasn't going to write complete, fictionalized biographies; I would work more in snippets and moments and images and invention with all of it inspired by their work and lives.  They all have remarkable individual lives (which is why I added a bibliography of very good, extensive biographies as well as monographs of their work)--any one of them a fine novel in themselves--but I was attempting a novel that was more about ideas than biography.  So fictionalizing, in this case, was necessary to put into play the ideas, as opposed to wanting to "rewrite' their lives, though in the process their lives were edited and rewritten while keeping their essential selves in tact.  Or so I feel.

Since the book is so much about the creative life, I’d love to talk a little bit about yours.

I'm drawn to photography for many reasons, one of which is, for me, its similarity to writing:  Photography, like writing, can be a service or an art or both.  A writer and a photographer observe and record.  Writing about photographers allows me to (sort of) write about the writing life.

I set a schedule that I can keep.  It is usually based upon page numbers or chapters as opposed to increments of time, which doesn't work me.  I wish I could have a time-based schedule because I think I would be more productive.

Not really.  Though I often have an object or two that sits on my desk that connects to the book.  In the case of EIGHT GIRLS I had a couple of vintage postcards of the Tower Of Jewels (from the Pan-Pacific International Exposition in San Francisco in 1915), as well as one of the "jewels" (called Novagems) that had hung from the tower and were later sold as souvenirs, and a 1958 3.5E Rolleiflex camera that works beautifully.

I made box assemblages for many many years that I would work on during breaks in writing, though not during the writing of this book.

Do you outline or just have a vague idea of where you are headed?

No outline, but I may have a beginning and an end without knowing exactly how I'll connect the two.  Or I have a a few images--I tend to think visually.  The emotional part of the story is harder because I can sense what I want but am never sure if it will come through.  Though I have ideas I try not to push them too hard.  I'm also a "structuralist" -- I have to know the structure of the novel before I can begin, even if I may drop it later.  I have to have something concrete; I can't just start writing.

Can you talk about the structure of this novel?

The structure is simple and pretty much dictated by the material, i.e. the "eight girls," whose stories--or I should say my specific interests with regard to their stories--spanned the 20th century.  Once I realized that the arc of the novel would be the 20th century, everything fell rather effortlessly into place.  Cymbeline Kelley (inspired by Imogen Cunningham) was a natural starting point, which made her the obvious character to link all the chapters.  The length of Kelley/Cunningham's life (nearly 100 years) also worked in favor of the novel's timeline, themes and ideas.   In many respects the various themes of the novel are present in that opening chapter.   And I do feel that this book is a novel and not a story collection because of the overall sense at  completion at the end; the strength of the chapters is evident when they are all taken together, not read individually.

How difficult was it to sustain it, or was it liberating?

I think having a defined structure is liberating.  For me, it is what allows me to sustain writing something as large as a novel.

Were there any surprises in the writing?

There are always surprises in the writing, I mean, if you're lucky.  You should know enough of your story to  get started but not so much that you've worked out every detail.  It's this odd space where you are telling yourself a story you think you know and then are happy to find you don't know it as well as you originally thought.

A lot of the novel is about how women manage or don’t manage to balance their lives with their work. Do you think it’s gotten any easier?

I don't think trying to manage all the aspects of a woman's life has gotten easier.  We have more choices--even more than when I was kid--but one can't have everything.  I know there is the joke that the woman who has everything is a man but I really think we understand that you can't be everywhere at once so we're now into negotiating what we can have;  maybe choice has made us realists.  Anyway, I think it was always about having options--not the having of everything--that defined progress for women.

How do you personally balance your life with your art?

You have a kind of general set of priorities, then you have the day-to-day situational priorities.  If you don't live alone you have to be flexible.  You have to understand that some days are going to be harder than others.  That said, it can be difficult living with someone engaged in a creative endeavor because they (me) exhibit a necessary preoccupation until things (say, my novel) reaches a certain point.  Maybe my family and friends should be answering this question...

Aside from my usual obsessions? Nothing at the moment.

You were too good--I can't think of anything else to say except Thank you!
Posted by Caroline at 9:28 AM