First, before we do anything, you have GOT to watch the promo for COUPLE OF GUYS.

I feel like I've always been friends with writer/director/executive producer Debra Markowitz. (She's that kind of person.) She's amazing. She has been the Nassau County Film Commissioner through three administrations, Debra also was a founder and programmer for LIIFE, the Long Island International Film Expo, for the past 19 years. She is an award-winning director and producer for her films The Last Taxi Driver and Leaving. Her third film, By Blood, is just entering the festival circuit now. Debra has also cast and produced films for other directors. She is the author of the Karmic Wind Trilogy (Naked in the Rain, Sarah and Caleb, and Karmic Wind). Her new project COUPLE OF GUYS is funny, moving, diverse and yes, important, and I'm so honored that she's here to talk about it.


Couple of Guys is a brilliant story, about two perfectly married gay men and what happens when one of them begins to yearn for a kid—and the other’s ex-wife, who has older kids by him, begins to interfere. Tell us what it was about this story that made you feel you had to make the series?

The more I thought about the story of Richard and Jon, the more I started fantasizing about what their lives would be like.  Starting with the pilot, when Richard (previously married divorce attorney with two grown children) and Jon (former rocker who has lived the wild and crazy life) meet in a record store, and Richard takes a chance and asks Jon for coffee- they’re looking for what we all want: true love. Is he gay too, would he be interested, why me? I fell in love with the characters as much as they fall in love with each other. I wanted to know what their lives would be like through the good, and the bad. How would they handle it, and how would the people in their lives evolve as time went on?  This is perfect material for a series, but I wouldn’t be averse to turning it into a feature either, but their story has to be told.

Tell us more about the April 15th concert for fundraising. And how can people donate and support this?

I’m very excited about this! We have a diverse group of characters in Couple of Guys, and one of our supporting cast members is former Phantom of the Opera, Ciarán Sheehan, who plays Aiden McGlynn, hard-partying, lead singer of Jon’s band who refuses to grow up and longs to get back on the road. Such a contrast to the elegant Mr. Sheehan whose voice is impeccable and inspiring (some say healing) who has appeared in Phantom and Les Mis and so many other plays and concerts.  We’ve had a few fundraisers for Couple of Guys, and when Ciarán sings, everyone freezes and there are more than a few tears shed.

There are a few ways to donate, the perks are on the page (and there are all levels of donation!). From a Thank you in credits, being an extra in the film/pilot, dedicating the film to a loved one, becoming a producer on the movie, even being a director for three takes of one scene! The perks can be found at http://www.intentionfilmsandmedia.com/couple-of-guys.html. OR come to the fundraising concert and enjoy an evening of exquisite music (or both!).  Tickets can be purchased here. And if you want to know more about Ciarán, you can go to his page.

What’s amazing to me is that this film is racking up raves and awards and it hasn’t even been made yet. That doesn’t happen often, does it? What do you attribute this to?

I’ve been very lucky to win some scriptwriting competitions with the pilot script.  It’s very sweet, and romantic, and a little sexy, and I believe that people can feel the characters. Plus, who doesn’t like second chances and the possibility of finding true love?

You yourself are an incredible powerhouse. You wrote, directed and produced this series—and what I love about it is that it’s not only a diverse comedy, but it truly makes your emotions rise to the surface, something that doesn’t always happen. You “create films with a message”—but rather than being didactic, your films seem to operate on a much deeper level. Can you talk about this, please?

Every film I’ve done has a purpose, a secret message if you will. Whether it’s a silly film like The Last Taxi Driver. Dorman is a hero because as ridiculous as it might seem, to have a taxi driver who refuses to give up his cab when most of the inhabitants left on earth are zombies, well, he’s a hero! When all else is lost, he’s not giving up.

Leaving was a spiritual film that came from a dream I had. What if you left your family, but you always kept one foot in the door, not wanting to let go?  No one can heal. It’s a difficult decision that Emily has to make. Tears abound in the audience when this film screens.  By Blood is about mistaking ego for love, and the consequences that can have.

The Waiting Room brings in comedy and drama. When a woman waits in heaven for her husband to show up, she’s surprised when he arrives with his second wife.  This movie is still on the festival circuit now, while The Last Taxi Drive, By Blood and Leaving are all screening on DirecTV, as well as Vimeo on Demand.

I have to say that the page about the film was so fascinating that I spent a half hour just clicking on all the links. I loved knowing what goes into making a pilot, and why it might be expensive; loved hearing how one of your stars wanted to be a rock star first, and of course the wonderful and funny perks, which I assume you named? Talk about this, too!

Thank you! Yes, I named the perks. There are a lot of crowd funding projects out there, but every project I’ve worked on has been made, and has done well on the festival circuit. You have to appeal to the audience’s desire to be responsible for the content they want to see. And they can help determine that by helping these projects come to life. So much of what is seen in mainstream media are formula films and series. Independent films can bring you something much different. Something you can be a part of, and be proud to be a part of.

How did you get all these celebrities for this project?

Besides directing and writing, I also cast and produce for others as well as myself. I LOVE finding incredible talent. Our Couple of Guys, Sal Rendino (The Get Down, Gotti, Billions, The Americans)  and Lukas Hassel (Limitless, Blacklist, Royal Pains and is also huge on the indie film circuit) are a director’s dream to work with. They are completely into this project, and the chemistry between them is amazing. It’s hard to get name actors before you have all your funding, but I’ve worked with most of these actors before, so they’ll jump on board and hopefully be available when filming begins. Our stars include Ryan’s Hope’s, Ilene Kristen, Broadway star Ciarán Sheehan (who will be in a slate of films this coming year, playing Sean Young’s boss in BIRR, and Joan Jett’s husband in Dinosaur), Deborah Twiss from Kick-Ass and Blue Bloods, and when this series takes off, we’ll have a number of other names that we’re pretty excited about. 30 Rock’s, Kevin Brown, Blue Bloods’ Robert Clohessy and Abigail Hawke, Clerks’ Brian O’Halloran and so many more!

Couple of Guys is a love story at its core, and I love these characters, and everyone else will too! Please help a gal out and come to this beautiful concert or donate so we can get this rolling, and please, check out the perks, we have some great ones!!  You can find out more about me, my films, books and company go to this.

Posted by Caroline at 1:02 PM No comments:

Douglas Trevor talks about "the wild and messy world of the novel," his brilliant THE BOOK OF WONDERS, Proust, politics, and so much more 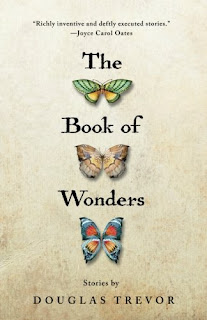 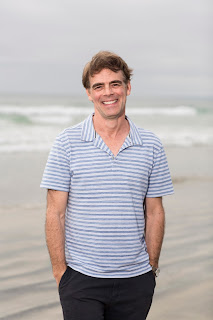 Doug Trevor is one of my favorite writers (And I'm not the only one singing his praises. You noticed the Joyce Carol Oates quote on the front of his book, right?) I haven't had the luck to meet him yet, but he lives in one of my favorite places, Ann Arbor, Michigan, where I was once a bookseller, so that makes me want to meet him even more. Reading his collection THE BOOK OF WONDERS makes my admiration for his work even greater.

Douglas Trevor is the author of the novel Girls I Know), and the short story collection The Thin Tear in the Fabric of Space. Thin Tear won the 2005 Iowa Short Fiction Award and was a finalist for the 2006 Hemingway Foundation/PEN Award for First Fiction. Girls I Know won the 2013 Balcones Fiction Prize. Doug’s short fiction has appeared most recently as a Ploughshares Solo, and in The Iowa Review, New Letters, and the Michigan Quarterly Review. He has also had stories in The Paris Review, Glimmer Train, Epoch, Black Warrior Review, The New England Review, and about a dozen other literary magazines. Doug lives in Ann Arbor, where he is the current Director of the Helen Zell Writers’ Program, and a Professor of Renaissance Literature in the English Department at the University of Michigan.

Thank you so much for being here, Doug!