Jonathan Papernick (perfect last name for a writer, right?) talks about I AM MY BELOVEDS, infusing Judiasm in his work, "method-writing." and so much more 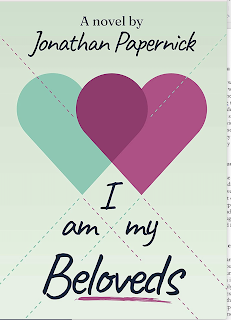 A modern couple tests the complicated boundaries of their relationship in Jonathan Papernick's astounding new novel, I am My Beloveds. Jonathan is not only a longtime pal, he's also the author of the brilliant novel The Book of Stone, and the short story collections, The Ascent of Eli Israel, and There is No Other. He's the Senior Writer in Residence at Emerson College in Boston, and the founder of Paper & Ink Editorial. "Papernick's fiction takes no prisoners," Says Hadassah magazine. "And the New York Times praises his "muscular certainty." You'll love his work, too.

When did you know you were a writer?

Posted by Caroline at 9:32 AM No comments: