Rob Roberge talks about his knockout novel The Cost of Living, eating foods in the right color order, redemption tales soaked in acid and so much more 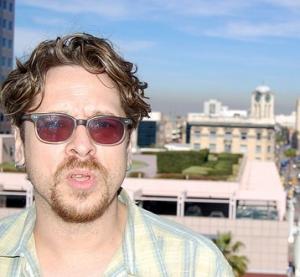 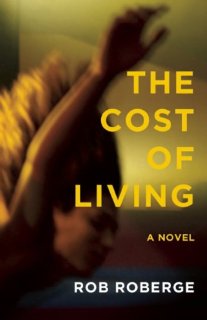 When Gina Frangello (editor and co-founder of Other Voices Books, plus the most amazing author of Slut Lullabies and an astonishing new novel coming from Algonquin Books) tells me to read something, I always listen. The Cost of Living by Rob Roberge is unlike anything you've ever read before. Gritty, crackling, alive--it's the story of a guitarist who fights to stay clean and sober, even as he battles his inner demons.  Gina was right--the book's a marvel, and I'm thrilled to have Rob here on my blog. (And I'll be reading with him and host of others at KGB on June 2! Please come!) Anyway, thank you Rob for being here.

Wow. I'm not sure. The release of a new book is a bit scary—at least for me. With the fear that no one will give a shit. But I'm trying not to obsess about that. I'm probably obsessing the most about not being able to sleep. I've averaged about two or three hours of sleep for the last ten or eleven days. It's hard not to obsess about being awake when you don't want to be.
And I'm not sure I'm obsessing, but I'm REALLY looking forward to teaching in Mexico at OTHER VOICE QUERÉTARO  this summer  (http://othervoicesmexico.com/). Actually, I guess I am obsessing about that…I've never taught out of the country and I'm doing a fiction and memoir workshop I'm pretty excited about.
I'm pretty obsessed with my new memoir and the form of memoir/non-fiction itself (which is a term I kind of hate…like Nabokov said, "memory is a revision")…I'm more interested in honestly and creation than I am in EVENT (since 5 people can witness the same thing and come away with radically different takes)…the way America has fetishized the "real" with so called reality TV (and this has infected our literature). I guess I'm obsessed with the difference between telling A truth and THE truth. And the music of Ike Reilly and Virginia Dare (both AWESOME) and the new season of Mad Men. There are probably other obsessions, but I'm blanking at the moment.

What question didn't I ask that I should have?
I don't know….Maybe: Do you ever shut up, Rob?Thank you SO much for this. It's been a pleasure. I hope it was of some use/entertainment. But/and, thank you for the opportunity, Caroline.
Posted by Caroline at 5:45 PM