Jeanine Cummins talks about The Crooked Branch, why not using an outline can be borderline disastrous, if she can come to dinner (yes, you can), and more 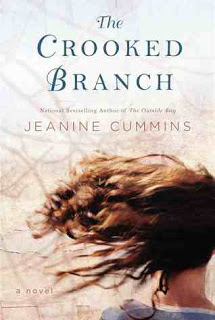 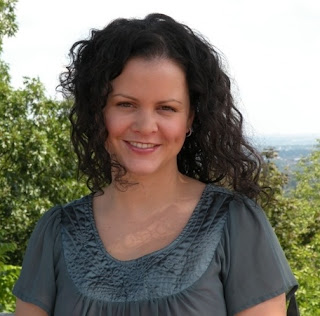 A modern young mother in Queens begins to delve into her family history, which might include a murder during the Irish famine--got you enraptured yet? Jeanine Cummin's book, The Crooked Branch is all about fate, heritage, and how our family past can impact our future. I'm thrilled to have her on the blog. Thank you so much, Jeanine!


For me, every book is a question I wanted to answer. What question did this novel ask of you, and did it answer it in the way you expected?
I guess the question I accidentally asked myself was this: is it possible for me to become the mother I want to be?  Or is my capacity for parenting (for love, for nurturing, for virtues like patience, resilience, kindness, warmth) predetermined by inheritance?  My personal transition into motherhood was rockier than I expected it to be – it took me a while to find my footing as a mother, and to create a modern mama-identity that made me feel whole, rather than subjugating the person I was before those gorgeous babies came along.  So all of that got me to wondering about the mothers who came before me – my mom and my grandmothers and their mothers, and so on.  I started thinking about the experiences of those past generations – how their particular difficulties influenced their parenting, and how that influence might ripple (directly or indirectly) across the generations and into my lap, and how I might unintentionally sing it or whisper it or scream it into the waiting ears of my daughters.

I love the way the novel turned out – these two divergent story lines, these two fierce and feisty young mothers, many generations apart from the same family, battling their very different personal demons.  Ultimately, the contemporary mother is able to draw strength from the mothers who came before her.  She is able to forgive them for their (real or imagined) maternal shortcomings.  In doing that, she liberates herself from that heavy tradition of self-criticism that mothers so often engage in.  She chooses what to inherit and, more importantly, she chooses the parts of her inheritance that she wishes to discard.  In that way, she gets to determine what kind of mama she will be.

My writing life is slightly disjointed right now.  In addition to being a writer, I’m a mother to two very small children, so my creative endeavors have to contort themselves around the shape of my family.  I feel very lucky in that regard – I have a super supportive husband, and good part-time childcare, so I devote my child-free hours entirely to my books.  Because of all that, I have to be very disciplined in my writing.  If left to my own devices, I would probably ride my bike, read, and watch television all day for months on end, and then binge-write a whole book in like six weeks.  But tragically, I don’t have that kind of luxury of time.

I wrote my first novel, The Outside Boy, without using an outline, and I found that process to be borderline-disastrous.  I ended up doing three major revisions (almost three complete drafts) before the book was complete.  So this time, for The Crooked Branch, I spent about six excruciating months writing a painstakingly detailed outline.  I hated every minute of writing that outline.  It was awful.  But when it was finished, the book came flying out of me – I wrote the whole thing in about eight months, and the first draft was clean.  It needed very little revision.  So now, I am sad to say, that I have become a believer in the power of the outline.  And I am even sadder to report that I am now working on the outline for my next book.  I find that nachos and doughnuts are crucial to the creative process, during the outline months.

What's obsessing you now?
Nachos and doughnuts.  Oh okay, you probably were hoping for a more literary and inspired answer than that, huh?  Well, I’m afraid my brain is pickled from the recent publication and subsequent sleep-deprived tour for The Crooked Branch, so I haven’t had time to cultivate obsessions with my usual gusto.  So instead I’ll just tell you that I heard Maya Angelou talking about her mama on the BBC this morning, and I spontaneously wept in my car.  I will be buying her new book pronto.

What kind of research did you do for this book?
Well first, in order to research the challenges of 21st century motherhood, I conceived, gestated, and bore two human babies.  Okay, in truth, I did that just for fun.  But certainly, my trials as a first time mama count as “research” where this book is concerned.  The contemporary character, Majella, has a lot of familiar struggles in her early weeks as a parent.

But most of my research for this book centered on Ireland of the 1840s, and the potato famine in particular.  I always knew I wanted to write a book about the famine, which in Ireland, is not called “famine,” but rather An Gorta Mor which means “The Great Hunger.” It’s called that because the famine was caused by the failure of only one crop: the potato.  Wheat, oats, and livestock were all unaffected by the blight, so English landowners continued to export all of that food from Ireland in great quantities throughout the famine years, all while about two million Irish starved to death.  By conservative estimates, Ireland lost at least quarter of her population during those years.  To me, the most abhorrent thing about that famine – about all famine in a global economy – is how preventable it was.  That was the story I wanted to tell, through Ginny and her family.

What’s the best thing about being a writer?

Access to other writers.  I am not of the intelligentsia.  I don’t have an MFA.  I am regular person from a regular family from a regular suburb.  My mom was a nurse and my dad was a sailor.  I have always loved stories and words and books, and now I get to live a life that is saturated with them.  I get to meet smart, soulful, funny people like you all the time, and talk about books and art, even though I am probably secretly thoroughly unqualified for this life.  Please don’t tell anyone.

If I would like to come over for dinner.