Filmmaker James Mottern talks about God Only Knows, Harvey Keitel, Modigliani, me (!) and so much more 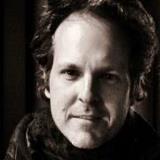 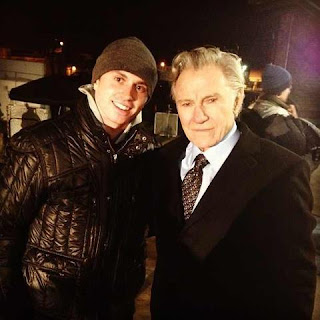 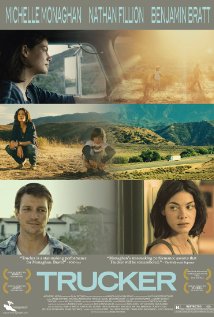 I first met James Mottern because he wanted to option Pictures of You. I knew and loved his first film Trucker, a gorgeously haunting film about a woman trucker and the 11-year-old son she deserted years ago, (Rent it. Trust me.I've seen it twice.) so I was thrilled to get have real conversations with James. He's so smart about story, and truly, so cool, too, and his newest film, God Only Knows is a thrillingly brutal crime drama written by Emilio Mauro and starring Ben Barnes, Harvey Keitel, Slaine, Leighton Meester, Toby Jones, Paul Ben Victor, Kenny Wormald and Jay Giannone. I can't wait until it's out so i can see it.

I'm so thrilled to have James here. The only thing better would be to hang out and have some coffee and pie with him. A million thank-yous, James.

Your film Trucker, which won the Nichols Fellowship, is one of my favorite films of all times because of the haunting sensibility. How is your new film God Only Know different? What attracted you to this project? What about the story spoke to you? Did anything about it surprise you?

James: Thank you, Caroline. My approach to TRUCKER as well as my current film GOD ONLY KNOWS, among several things, is to try to draw out the inner lives of the characters, what's really going on inside of them; and sometimes when that does happen in the performance or the shot or scene it can have a somewhat dream-like quality, as if the character in the film might be a real person and they are simply stepping into the movie of their subconscious or inner life, as if the supporting characters might even be figments of the central character's imagination, or at the very least a memory or the notion of a memory.  It's a somewhat French technique that Godard the maestro achieves time and time again, and I give it my best shot.

When you are walking around in the day everyone more or less does the same thing physically. The outer life is very often about meals, children, relationships, bathing, work, etc., and even if it is interesting or fun it still takes place within 24 hours and those hours are very often devoted to similar things for all people. But arguably the inner life is endless; it transcends space and time and reason, really. A person's inner life can be quite rich and wide and deep, thrilling, terrifying, maybe bottomless, filled with imagination or memories or desires all banging together into something entirely mind blowing. I mean, walking down Broadway past all the people and if you were to film everyone's inner life you'd probably see a bunch of crazy shit you wouldn't want to know about, but also some things that were beautiful and tender and jaw-dropping. If we could all live our inner lives in the open and watch everyone else's there wouldn't be a dull day ever. And we'd recognize we are all much closer in our hearts than we sometimes want to believe. In some ways film can capture that inner life.

In the end I want the movies to be entertaining and accessible so people can have an emotional connection to them and so I can make more, but I am conscious of the power of subtext. Also, I like a big wide frame and to make the pictures beautiful. So these two films are different in some ways, but my approach is the same.

What's the process of directing a film (for those of us who are clueless). Do you know what the whole film will look like before you start, or do things change as you are making the film? How collaborative is it?

I usually work through visual references of art or photographs. For this new film I used Modigliani's paintings and Brassai's photos.  And I do a great deal of scouting myself and let the locations talk back to me, and the look evolves in my mind; the DP and the Production Designer add to the mix, and everyone else involved, really, and it begins to take shape tonally and visually.

I open my heart to the story and recognize those things that touch me viscerally and emotionally. I also engage the actors on theme and tone and listen to what they have to say early on, if possible. Obviously, they have an opinion of the characters they have agreed to play. Each actor brings something special to a character, something only he or she can bring. I try to recognize what that special something is early and work and build off that. There are top-secret ways for me to know what that special something is ;) but I really prize actors and what they can bring.

And then when you start making the film, it talks back to you the instant you shoot that first frame. Every movie has a personality it seems, and the personality reveals itself a little at a time, like a newborn baby; and as you shoot you get to know that personality more and better and help develop it as you would a child; be kind to it, let it sit on your lap, make it stand in the corner and ultimately raise it to go out and make something of itself! :) That's all a little facile, maybe, but those are some highlights. And really what I try to do is open myself up emotionally to all my talent and crew and let them know it is my deepest intention not to let them down and to make something that will stand the test of time. My job is to be the voice of quality and to bring out the best in people. There's no one who deep down doesn't want to make something great, so why not go for it?!

And what drew me to this new project was that I wanted to make a butt-kicking action film with an emotional edge and I think I've achieved that.

I know I've asked you this already, but I bet readers will want to know: so what was it like working with Harvey Keitel?

Keitel doesn't take bullshit and he asks questions he really wants an answer to. He takes his acting seriously; as serious as a surgeon with his hand in your chest. He looks you in the face and he doesn't blink. Very kind, actually, but he keeps asking questions and they are good questions and it makes you realize your own deficiencies and that can be a royal pain in the ass! But in the end you are lucky because it makes you a better filmmaker; like all great artists he makes others rise to the occasion, push past boundaries.

Every script has got dirty little secrets meaning every script has parts in it that are not perfectly thought out; they're glossed over or ignored because everyone just wants to go make a movie! and any structural problems or character problems can get forgotten for expediency. But guess who's face is gonna be up on the screen for the next two hundred years or longer? The actor. Harvey Keitel's been doing this long enough to know what a legacy is, and each part he does he wants to be part of a body of work that is well-crafted, well-respected and timeless. He respects acting for the art form it is and he expects everyone else involved to hold themselves to a high standard. Was painting the Sistine Chapel easy? Was building the Taj Mahal a cake walk? You got Harvey Keitel show up on your set you think he's gonna let you throw some paint on a wall and send it to the Met? He's sweet as can be. He and his wife were very kind to me and there was one night in his hotel room where he told me all sorts of stories about TAXI DRIVER: talk about being in a dream-world! That was cool. I respect him to no end for a variety of reasons, and hope he will do this other film I have in the works. Harvey Keitel is one of the greats and nobody forget that ever!!

Besides looking at pictures of the Ferrari 308 on Ebay? That's the one Thomas Magnum drove. I can't afford it and I pretend that my interest in it is ironic, but that car possesses zero irony no matter what you try to do. It's cheesy and gorgeous and if you give yourself over to it it almost seems reasonable to spend $50,000 for a used car that you would be embarrassed to drive in public. Besides that, the God Particle is really pissing me off. I can't get my head around it and it's really bothering me and I'm sick of Yahoo News trying to describe particle accelerators to me and make it seem like everybody should know what all this stuff is. This is time travel talk, folks! I think. My head is too filled with photographs of the Ferrari 308 and the Magnum PI theme and the vague notion that I should learn how to make wine. Also, in terms of obsession, my wife is very beautiful and if I showed you a picture of her you would think she was a Norse Goddess but straight out of a volcano with no bullshit and maybe she'd breathe lovely fire and please print this because I need all the help I can get.

You should have asked me how we know each other and then I would say that you wrote an extraordinary book called Pictures of You and I made a movie you like and we talked it all over and now we are all looking forward to the not too distant future when you win a Pulitzer, an Oscar and Maximum Millions all in the same year. But really, your writing is exquisite, Caroline, and you are very kind to include me on your site. Thank you.
Posted by Caroline at 5:28 PM