Heather Barbieri, author of the Cottage at Glass Beach, talks about writing through loss 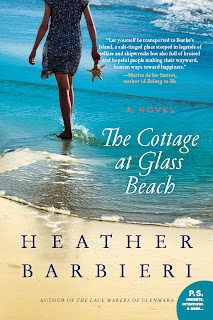 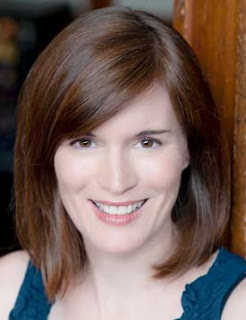 Heather Barbieri is the author of Snow in July (Soho) and The Lace Makers of Glenmara (Harper). Her new novel, The Cottage at Glass Beach, is racking up the raves with praise like this: " Wonderful, subtle, transporting story," Booklist (starred review).  "In the enchanting world of Maine's Burke's Island, fanciful stories--of captured selkies becoming dutiful wives and tears cried in the sea beckoning lovers to shore--are gracefully woven into modern reality." Publisher's Weekly.


I asked Heather if she'd consider writing something for the blog, and here it is, below.
Thank you so much, Heather. I'm honored to host you here.

Writing through Loss
I’d just submitted an outline and sample chapters for my third novel, The Cottage at Glass Beach, to my agent when the news came. In a surreal twist of fate, my previously healthy, active mother, the woman who was frequently asked what products she used to keep her skin so beautiful (she could have done ads for Oil of Olay), had been flown from our hometown to the emergency room in Seattle. Our house quickly became base camp for me, my sisters, and shell-shocked father, as we drove back and forth from the hospital overlooking Puget Sound. It took a day or two before the doctors realized she had one of the worst conditions possible, cerebral amyloidosis, from which there was no recovery. (C. a. is a little known member of the Alzheimer’s family of illnesses; there’s no treatment, no cure.) She never regained consciousness and died within a few days, better for her, given the prognosis, hard for us, as it is for so many who find themselves suddenly bereft.
Two weeks later, I was struggling to get my bearings in both an emotional and literary sense. Despite what had happened, there was a book to be written.  As had been occurring frequently since my mother’s death, a blue jay perched in the rhododendron bush across from my office window, trilling in what might have been interpreted as encouragement and staring me in the eye. You can do this, it seemed to say. In the weeks that followed, whenever I was feeling uncertain it, or one of its brethren, would appear to cheer me up at just the right time. (One of the birds had alighted on the dining room windowsill when we were telling my dad that Mom had passed away, tapping on the glass to get our attention.) Blue had been her favorite color, and the birds became her emissaries, signs and wonders, in a time of need.
Each of us mourns differently. For me, what initially seemed like a daunting challenge of writing a novel in a few short months, became an outlet to process and express a profound loss and in doing so, discovering the transformation, the sadness and gifts that can come from such tragedies.  The subconscious, so essential to the creative process, is no stranger to grief.
And so I wrote, five days a week, writing the story I’d told her about that December—she’d always been my sounding board, sharing ideas and reading recommendations. The story she knew, but changed too, focusing on a woman’s journey to find her way in the wake of a devastating betrayal, protect her young daughters, and solve the disappearance of her mother when she was a child.  The book, this book, I would dedicate to my mother’s memory, lost and found.
Posted by Caroline at 10:46 AM