Cameron Stracher talks about Kings of the Road: How Frank Shorter, Bill Rodgers and Alberto Salazar Made Running Go Boom, how running has changed, why caffeine is so important and so much more 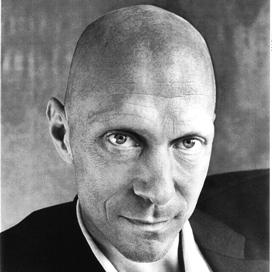 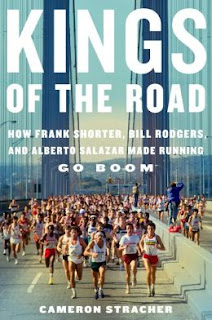 I first met Cameron Stracher through the Author's Guild. I needed legal help and the Guild sent me to him. After he solved my legal woes in about ten minutes (I will be forever grateful), I discovered, a few days later, that he was also a mind-bendingly terrific writer. A graduate of Harvard Law School and the Iowa Writers' Workshop, he's the recipient of a 1998 fiction fellowship from the New York Foundation of the Arts and the author of a novel, The Laws of Return, and his newest book, Kings of the Road, about three men who changed the world of running, is fascinating. I knew I wanted to talk to him about his book on my blog. Thank you so, so much, Cameron! I'm honored to have you here.

I was so surprised to learn that running has not always been a huge sport in America. Why did America embrace it? And why and how did running hook you?

I think the running boom happened just as the US was transitioning from the hippie 60's to the go-go 80's.  It was the perfect sport to straddle both periods because it celebrated freedom and an iconoclastic lifestyle, but it also required tremendous discipline and a narcissistic devotion to the body and self.  It hooked me (as it hooked Shorter, Rodgers, and Salazar) because I discovered I was good at it (when I won the 880 yard run in gym class in 8th grade) and for a teenage boy trying to find himself, it gave me something I could feel good about.

The book was an addictive read, especially as it centered on the three pivotal players who transformed distance running: Frank Shorter, Bill Rodgers and Alberto Salazar. Shorter gave up a promising med career to run; Rodgers (my favorite) had his life fall apart until he turned to running, and Salazar just knew he would make it big in running--and he did. Would you say that these three very different personality traits probably would have made these men succeed no matter what they chose to do, or do you think it was particular to running, and if so, why?

It was one of the great puzzles to me as I wrote the book:  What common feature did these three different personalities share that made them all great runners?  The cerebral Shorter, the "flakey" Rodgers, and the glowering Salazar?  What they shared, however, was an intense competitive drive.  When they ran, they were completely focused on running and drove themselves to ignore pain in pursuit of faster times and victory.  I think for Shorter and Salazar that drive would have led them to succeed in most anything they tackled, but I think for Rodgers it was very running specific.  In a sense, running saved him and gave him a focus that his life was missing at the time he started competing.

Why and how has running changed? And do you think it's for the better? What are we missing?

Running has become more social for the masses and less social for the elite athletes, which has been both good and bad.  More people than ever are running, in large part because running organizations have turned it into a social experience.  At the same time, elite athletes train mostly on their own and have not been able to duplicate the success of Shorter, Rodgers, and Salazar without companions to push them.

What was the writing like? What surprised you about it?

Trying to get into the heads of other people is very difficult.  You want to be accurate and fair, but you also want to tell a story.  I tried very hard to do both.  I think I was surprised by how difficult it was.

You're also a talented lawyer. How do you find the time to write?

Caffeine and discipline.  I learned (at Iowa) to make writing a "job" and get myself up early in the morning to do it, no matter how I'm feeling.  I'll start writing at home before my family is awake, and then continue while on my long train ride into NY (about 70 minutes).  Once I arrive in Manhattan, if I'm lucky, I will have done 3 hours of writing.  As soon as I step off that train, however, I change back into a lawyer.

You also run--did writing the book change anything about your running, or how you feel about it?

Writing the book made me painfully nostalgic for the days when I was fast.  I remember Frank Shorter telling me that the thing he missed the most, now that he was older, was running fast on the track, which he could no longer do.  I completely understand how he feels.  The freedom and power and strength that comes from barreling down the track while doing a workout with 5 or 6 other runners is something I can no longer do, and I miss it every day.

Because my book was published today, I'm obsessed about its ranking on Amazon and its reviews.  I wish I could ignore all this "noise," but I can't.

What's next?  I've got two fiction projects that I'm working on (a young adult novel and a humorous novel).  Kings of the Road was my first real book-length work of non-fiction, and I'm looking forward to getting back to fiction for a while.