Writer, author, speaker Matthew Bayan talks about how writers can avoid shooting themselves in the foot when including guns in a narrative, how he healed his heart condition and why his blistering new novel THE FIRECRACKER KING has a Stephen King comparison 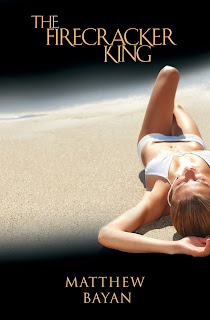 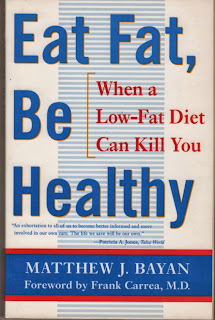 So there I was trying to figure out how to write a crime in my novel and while I found a brilliant forensic expert to help me, I was getting stuck on the gun details. What kind of gun would be used in 1970? What would the crime look like? I googled. I called a cop or two. I emailed people. No one was particularly helpful and I was beginning to panic. I googled some more and came across a link that talked about how "writers could avoid shooting themselves in the foot when they write about guns." I clicked on it and was instantly fascinated. Matthew Bayan is both an author and an expert about what guns can and can't do. (I was fascinated that a silencer on a gun isn't, contrary to every film we've seen, actually silent.) He writes a series of articles (soon to be a book) on firearms in fiction for Mulholland Books/Little Brown and also lectures on the topic and advises writers. Even more amazing, he had a heart attack and managed to reverse his heart disease without surgery, detailing the process in a book that the Dallas Morning News said, "read like a thriller."

Since Matt helps writers get their fiction accurate, I emailed him for help. There is always a moment when you are on the phone, and you hear yourself say, "But would the blood be gooey or pooling?" that you realize you are happily lost in story world. Matt not only solved my plot issue, he gave me details that were specific, surprising, and oh so real.  I was so fascinated by him (he's also hilariously funny), that I insisted I had to interview him here. I've ordered his new novel, and will report back when I'm finished with it. Thank you so, so much, Matt.

You not only help writers "not to shoot themselves in the foot" when they write about guns, but you're also a writer yourself, and the author of Eat Fat, be Healthy, which was written after you were brought back from cardiac arrest an astonishing 72 times.  You actually reversed your blockage and you wrote about it in a way that critics said "read like a thriller." How do you write a self-help book that garners praise like that? And what can you tell us about how to have healthy hearts?

I don't see a difference between fiction and non-fiction: they both need to tell a story. I've read a lot of non-fiction and it is frequently boring stuff because the author is usually some kind of expert - doctor, business executive, scientist - and not primarily a writer. When I wrote EAT FAT, BE HEALTHY, I saw my primary job as first engaging readers with the adventure story that my life had become. I wove technical information into that, but story was always the dominant feature.

Your second question is much more difficult to answer. My bottom line is that each person has different genetics and blood chemistry and the cookie-cutter way most cardiologists treat heart disease does not take that into account. The result is a lot of heart attacks that should never have happened. My book was an attempt to lead the reader through the process of how to find the individual diagnosis and care they may need.

Your novel The Firecracker King is funny, whip-smart, and you've been compared to Stephen King. What sparked you to write this novel?  Did anything surprise you in the writing?

A high school reunion triggered the book. The reunion lasted three days which gave lots of time for standing around shooting the breeze. Five or six of my old buddies were exchanging stories; "Do you remember when so-and-so fell off the bridge...?"

Some of the stories were hilarious, some tragic. I had forgotten most of them, so when I got home, I started writing them down. Over the span of a couple years, every time I thought of one of the crazy stories from my childhood, I wrote them and threw them into the same folder.

One day I started reading through them and had the idea that they could be chapters in a book. The same characters kept re-emerging. I developed an overarching story line that pulled the individual stories together and it slowly formed into a novel.

What surprised me? The fact that I survived my childhood. Most of The Firecracker King is based on true events. As I edited and rewrote, a lot of the panic and uncertainty of the 1960s welled up in me and I think the novel is richer for that fact. I was surprised at how important the writing became for me, maybe as a catharsis for fears I had stored deep down and forgotten.

You produce articles for the mystery imprint of Little Brown. You're also the author of  a series of articles (and soon to be a book) all swirling around Firearms in Fiction: Myths, Mistakes, and How to Avoid Shooting Yourself in The Foot--and you are available for hire to help writers get their manuscripts right. How do you know what you know about guns? What things do writers most often get wrong when they are writing about firearms? What drives you the most crazy?

Simple answer: I grew up in New Jersey.

Long answer: My father was a police officer and competed on the police pistol team. I was shooting at the police pistol range by the time I was five. Those many hours spent with my father taught me respect for firearms and made me want to excel at marksmanship. I later got fascinated with the science of what bullets can and cannot do by testing their effects on materials.

Among target shooters there's a natural curiosity about what other shooters are shooting, so we frequently trade weapons at the range, discuss the pros and cons of different pistols and ammunitions. Over a fifty year span, I've fired hundreds of different handguns and learned a lot about their applications in different situations. Being a writer morphed that information into something usable by other writers.

What drives me crazy about other writers? I think most of them have never fired a gun or even touched one. When I do public speaking on the topic, I ask the writers in the audience how many have fired a gun. Fewer than half raise their hands.

Big mistakes? The worst is that writers frequently misuse "silencers." First, it's a suppressor. The device can drastically reduce the sound of the bullet explosion, but it doesn't silence it. However, when I see George Clooney in a movie with a sniper rifle, I want to laugh. A bullet from a high-powered rifle travels at two to three times the speed of sound. It breaks the sound barrier. It creates a sonic boom that sounds like a firecracker. That sonic boom travels behind the bullet until the bullet drops below the speed of sound. There is no way to silence that sound which is almost as loud as the gunpowder explosion.

I'm working on a sci-fi novel that explores the issue of time travel and human existence in a way I have never seen in any other novel. It's finished, but for me the editing and polishing process is truly obsessive. I am sure I go through a novel at least a hundred times using a different filtering perspective each time: just looking at dialogue and if it sounds real and do the characters sound different; just looking at images and replacing description with image; does each main character have an inner ghost that drives them in contrast to their exterior persona; does each chapter end with a reason for the reader to turn the page, etc. on and on.

You want me to come up with my own question to ask myself? Looking at myself and my motivations is something I never do and answering these questions has put me in a state of mind where I need a therapy session, but I don't believe in therapy, so I'm really in an existential hell at the moment and don't know how to get out. Oh, wait, here comes lunch. Never mind. All is well now.
Posted by Caroline at 1:17 PM