Natalee Caple talks about her dazzling new novel, In Calamity's Wake, the real Calamity Jane, and why she wrote a profoundly anti-violent Western 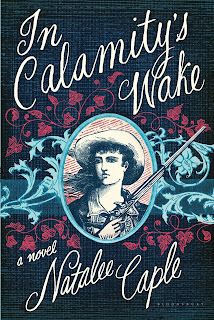 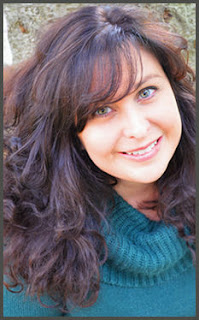 Natalee Caple is the author of  the acclaimed short story collection, The Heart is Its Own Reason,  and the novels, The Plight of the Happy People in an Ordinary World,  Mackerel Sky,  and the book of poetry, A More Tender Ocean. Her newest novel, In Calamity's Wake is both profound, provocative, deeply moving, and so much fun to read. But don't just take my word for it. Quill & Quire called it "a taught poetical thriller," and The Toronto Sun said the novel "hurtles along like a runaway train full of wild characters." I'm so honored to have Natalee here today and this is really one of my favorite interviews. Thank you, Natalee!

What sparked this novel? Why Calamity Jane?

I had just finished writing a novel about a mother-daughter counterfeiting team in the Upper Laurentians influenced by films from the French New Wave and I was living in the Canadian West, in the Rockies, for the first time. The idea of a Western appealed to me because the connection between landscape and culture was so palpable. In Canada, at least, the connection to landscape in the West means that the distance between Canada and America seems less than the distance between Western and Eastern Canada. I fell in love with the mountains, the prairies, the Badlands. I had my children there. I also discovered that the West was so much more diverse and international than I had seen in Westerns and I wanted to put the stories of women, indigenous peoples, Black America, Chinese America, back into the landscape and show the rest of the West. Calamity Jane was an ideal because she travelled and met so many people. She helped the sick and the poor and she was herself a kind of social outcast who was overwritten in popular culture. I wanted a story about the masses and their heroism, about the irreducible value of every human life. When Calamity Jane cared for people dying of yellow fever she risked her own life. When she went into battle and did not shoot another human being but instead pulled people out of battle, she emphasized the value of life. Whether those events happened as they were told or not she became a symbol of North America that was different to me, that showed a desire to resolve conflict, to protect and shelter human life beyond politics.

What was the research like? Did you have a preconceived notion of Calamity Jane? (Mine is actually from that old Doris Day movie about her) and what, if anything, surprised you?

Once I gave up the idea that I would find out the truth about Calamity Jane (including when she was born or who she was at birth) it was a massive adventure! I devoured films, comic books, novels, digital versions of microfiche of ancient newspapers, biographies of the West that mention her – she was everywhere and nowhere. She was some kind of projection of dreaming America, the dream of being human and imperfect but good. She was a cipher that was also a real person and she seemed to have suffered somewhat under the burden of performing herself to survive. I thought it would be a book about an angry daughter hunting down the mother who had abandoned her but it became a dialogue between women about their journeys. I realized how much we need stories of women’s diversity to provide us with a context for our every experience, even failures. My daughter and my son, our daughters and our sons need their maternal legacies as well as their paternal legacies so they can understand their whole selves.

Why tell the story primarily from the viewpoint of Calamity’s daughter, rather than Calamity herself?

Well, Calamity Jane is the mystery. She’s composed of myth and reality and she means something but it’s hard to know what. You get to see her as a greater than life mythical character, a distant third hand memory, a creature who appears in print and on film, a memory, a version recalled by a friend, a version of herself as she would tell it and other ways. I wanted to show Miette’s longing for her adoptive mother before she could know it. I wanted to show how real her beloved adoptive father was to her, what a solid life he had given her. I wanted to show how fame distorts and yet become part of who someone is in the world, how fiction and reality collaborate. I wanted to show how difficult it is to get to the truth of someone so famous that they don’t completely belong to themselves anymore. I wanted the biological mother who gave her child up to be shrouded in questions. So, if it had been from the point of view of Calamity Jane it would have been too stable, too falsely clear who she was.

At one point, Calamity says, a lie is a thing. Can you talk about that?

Yes, thank you for asking! A lie here means something told that comes to have a life of it’s own, like a story in a book, or a story you tell about your own life in conversation, or a speech given. It’s not a bad thing but it has no responsibility to you once it is out in the world. And it matters; it has a reality. If Calamity Jane was or was not everything that was said about her, it’s not her fault and it does not matter. The biographers will suffer but the arrangement they make of facts is a lie as well. Stories act in the world. They represent some need in the telling. All stories, no matter how close to detailed events, are arrangements that help us communicate something going on inside of us that wants to move out of us into the world. We tell stories to make things happen or to make them make sense. So a lie is a thing, a real thing, that effects people and the culture and becomes real when it does so. A lie can help you envision a future that you can then strive for, for example. I only use the word lie because Calamity Jane has been so abused by those who seek to debunk her as a hero and make her seem weak and unwholesome, pathetic for being poor and human.

Let’s talk about craft. What kind of writer are you? How do you go about figuring out your story, and what were the perils--and the delights--of this one.

I play a lot. I play with ideas and I follow odd leads in research and think about all the different ways a story can be told and what it means to tell it one way versus another. I’m a feminist writer so I’m primarily interested in women characters who show how complex women’s histories are. I follow Helene Cixous in seeing women’s absences in stories as opportunities to re-engage with genres I have loved since childhood. My writing is me engaging with the world and thinking through the landscape, the animals, the people around me as if I could change myself enough to see everything again through some other perspective. Writing is also the place where I work through how to be human in the face of terrible evidence of human cruelty, human ignorance, human damage. I start with a joke, often. And then I look for pictures, I walk the landscape, I watch movies, I draw, I look up recipes – it’s a very immersive process most of which is only known by me. But when the writing is going well I feel like a beast doing the thing it does, very alive.

Women pirates. My husband bought me an old non-fiction book about women pirates for Christmas and I can feel that flame catching.

Hmm, you asked great questions so I don’t know. I can tell you that when I was writing In Calamity’s Wake my cousin Heather was murdered by an eighteen-year-old boy who wanted to kill someone in front of his friends. I lost contact with humanity at that point. I just kind of fell off the world and I decided not to finish the novel. Art seemed useless against the violence that could just come from anywhere at any time. But I had to finish the draft to fulfill my promises (grants had been given, it was part of my PhD). So when I went back to work I was miserable, sifting though photos and notes. Once day I saw picture of Calamity Jane and she looks – it’s eerie – she looks just like Heather. And they don’t have faces that you see everywhere; they have unusual faces. But they look the same. I just started crying and I knew that I could go back in and write a Western that could be profoundly anti-violence. That’s when Calamity Jane became Heather for me.
Posted by Caroline at 2:38 PM