Nancy Jo Sales talks about her astonishing book (which became the Sofia Coppola film) The Bling Ring, celebrity-obsessed young thieves, and so much more

One of the things I love the most about doing this blog is that I get to follow my own passions and seek out the people who interest/thrill/fascinate me. What could me more wonderful? A few weeks ago, my husband and I watched Sofia Coppola's film The Bling Ring. I found it so unsettling and disturbing (in the most wonderful way) because there are no heroes in it. About a ring of celebrity-obsessed kid who break into the homes of people like Orlando Bloom and Paris Hilton and "shop" there, the film isn't just an indictment of the kids--it also has a lot to say about celebrities with rooms full of shoes, dozens of Rolex watches, and such excess that one didn't notice she was robbed until the third time or so. I mentioned how much I loved the film on Facebook and someone told me they knew the woman who had written the initial Vanity Fair story on this ring, and a subsequent book. I tracked down Nancy Jo Sales and she was gracious enough to agree to talk to me. Nancy is a journalist and author whose work has appeared in Vanity Fair, New York and Harper's Bazaar. Her Vanity Fair profile of Kate Gosselin won a 2010 Mirror Award for Best Profile, Digital Media. Her Vanity Fair story, "The Quaid Conspiracy" won a 2011 Front Page Award for "Best Magazine Feature," and her book, "The Bling Ring: how a Gang of Fame-Obsessed Teens Ripped off Hollywood and Shocked the World) was based on her 2010 Vanity Fair piece, "The Suspects Wore Louboutins.""Thank you so much, Nancy, for a fascinating story and a brilliant book. 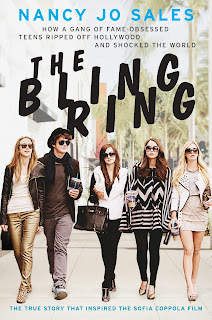 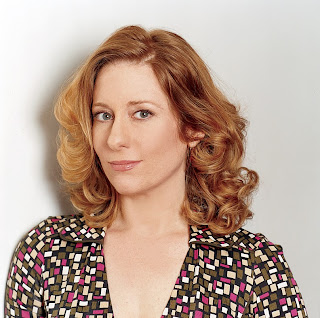 What made you fascinated by the story of The Bling Ring?

It just seemed like a culmination of stories I’d been doing for years. When I told one of my friends about it he said something like, “This is like a weird dream you’d have. It’s almost like a parody of a ‘Nancy Jo Sales story.’” I guess he meant because I’d done so many stories on kids and crime and rich kids and bad behavior; and of course the starlets.  I did the first story on Paris Hilton, for Vanity Fair in 2000, so I’d sort of been watching this coming for a long time.

What was it like researching the story? What made you want to expand it into a book, and what surprised you about what you found out?

It was actually pretty hard and intense because there were so many news organizations on the story. I was approached by a book editor last summer (2012), after Sofia Coppola’s movie had already been shot. I only had six months to do the book, so I wasn’t sure if I could do it, but I thought I would give it a try. I wanted to have the chance to say something about the obsession with celebrity culture, which has gotten so out of control, and the conspicuous consumption and greed and inequity in our society, in which so few people now control most of the wealth.

I was surprised at how successful the kids were, that they got away with it for so long.They stole a lot of stuff—more than $3 million worth—over the course of almost a year. The police really had no clue who was doing these things and they didn’t even connect the crimes for a long time. It was the kids’ own bragging at parties and on Facebook that eventually got them caught.

What's so disturbing about the story is the kids' lack of responsibility. They really feel that they just wanted to look good, and this was fine to do. How can they think just because "they didn't kill anybody" it was fine to rob? And did you have a sense that if they were not caught, they'd keep doing it again and again, without ever realizing it was wrong?

I’m sure they’d still be doing it right now if they hadn’t been caught! The real question is all this is “why,” and that’s what I explore in my book. The answer isn’t really all that simple. I found that there were personal reasons these kids got into trouble, of course, but there were also some disturbing trends which could have added to their behavior and their attitudes. The rise in narcissism; the obsession with celebrity; and the obsession with luxury goods and designer brands. The story of the Bling Ring became a way for me to sort of take the cultural temperature.

What I loved so much about your take, and the film's take, was that the celebrities also came out sort of distasteful. Because of the almost obscene excess of their lives, I found it hard to feel too sorry for them. Plus, why on earth didn't these celebrities have better security, especially since many were burglarized more than once? It seemed impossibly easy for anyone to break in.

Thanks. I love the film. It’s not only this seering indictment of modern celebrity culture, but it’s also a really powerful story about adolescent friendships. I think Sofia did a brilliant job. I think something she also captures is the excess of the celebrities’ lives—the scenes where the kids are robbing Paris Hilton’s closets are probably my favorites, and I have a feeling they will be iconic movie moments of the time we live in. Why didn’t the celebrities have better security? They did have a lot of security, alarms and stuff, but they didn’t always turn it on. Because they were barely kids themselves, rich and famous young people who were dashing off to nightclubs or whatever, and just forgot to lock up.

Do you feel that the film stayed true to your account? If not, what was different?

Sofia kept very close to the article as I reported it, and she stayed close to the characters in real life, although she did fictionalize certain aspects of the case for the film. She made use of my interview transcripts, which I think was a great choice on her part, because she recognized that the real dialogue of the kids was just so fresh and alive. We kept saying, “You can’t make this stuff up.” For example, when Alexis Neiers tells me, “I might lead a country one day,” or when Rachel Lee asks the cops, “What did Lindsay say?” when she was arrested. Probably the most important line in the book and the film is when Nick Prugo says, “We just wanted to be a part of the lifestyle—the lifestyle that everybody kind of wants.” That says it all.

I’d like to see our pop culture provide girls and young women with more positive messages about females and better role models. It’s become unpopular to talk about “misogyny,” or even to admit that exists; we’re even supposed to think “rape jokes” are funny. But if you look around at the landscape, and the fallout, you see that a lot of young women and girls are having a very tough time; and why should this be, when, on paper, women have never had more freedom or choice? The first step is admitting that there’s a problem. Geena Davis has a great organization that is doing just this, the Institute on Gender in Media. There needs to be more frank discussion in the mainstream media. I have a good feeling about the generation that’s coming up now, my daughter’s generation (she’s 13). They seem like new, budding feminists that will take our culture in a better and more positive direction. One can only hope.