Ronlyn Domingue talks about The Mapmaker's War, the quest for peace, and so much more 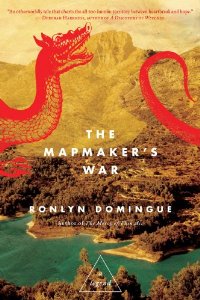 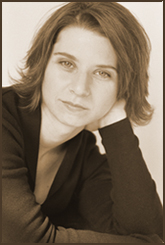 I'm so honored to have Ronlyn Domingue here today!  She's the author of The Mapmaker's War (Atria Books, 2013). Set in an ancient time in a faraway land, The Mapmaker’s War accounts the life of an exiled mapmaker who must come to terms with the home and children she was forced to leave behind. In this tale, her autobiography, she reveals her pain and joy, and ultimately her transformation, in her own voice. Her prior novel, The Mercy of Thin Air, was published in ten languages. Her writing has appeared in The Beautiful Anthology (TNB Books), New England Review, Clackamas Literary Review, New Delta Review, The Independent (UK), and Shambhala Sun, as well as on mindful.org, The Nervous Breakdown, and Salon.com. Born and raised in the Deep South, she lives there still with her partner, Todd Bourque, and their cats. Connect with her at www.ronlyndomingue.com, Facebook, and Twitter.

Ronlyn's debut novel, The Mercy of Thin Air, was critically acclaimed and published in ten languages. In 2005, it was a Borders Original Voices Award finalist and a RedBook Magazine RedBook Club selection. More recently, in 2010, the novel was a Costco Pennie's Pick. About this book, bestselling author Jodi Picoult wrote, "This is that rarest of first novels--a truly original voice, and a truly original story," Library Journal's starred review stated, "This is a novel that gets under ones skin," and the Seattle Post-Intelligencer called it,"[E]ntrancing and ethereal."

Thanks so much, Ronlyn, for being here!

The Mapmaker’s War takes place in what feels like an ancient period of history. Aoife is out of step with her time, but ahead of it, too. One reason she becomes a mapmaker is to define her life in some way. She’s aware women are meant to be only wives and mothers, and she doesn’t have much interest in either role, especially when she’s young. How do you perceive her struggle with these expectations?

It’s not that she’s opposed to marriage or motherhood. It’s a matter of choice. She writes, “You had no inclination to become what every woman you knew became. A wife, mother, domestic. You didn’t begrudge them their roles if they were freely chosen. Yet who can choose freely when the options are few?” She wants the opportunity to direct her own life and use the capabilities she has. She struggles against the coercion of custom and tradition, the limitations which usually don’t take into account an individual’s potential beyond gender. But readers will see her evolve with her circumstances. Aoife isn’t quite the same woman as Wyl’s wife and mother to his children as she is as Leit’s spouse and mother of their daughter.

There’s a major theme in the novel about the concept of choice, individual and collective. Why is that so significant?

As Aoife’s story emerged and I reflected on the details of her life, I kept thinking about a book I read, Humanity: A Moral History of the Twentieth Century by Jonathan Glover. It was a difficult read because it’s about war and genocide, an exploration of man’s inhumanity to man, but Glover includes examples of soldiers and civilians who didn’t give in to violence and cruelty. Most of the book is a complete horror, but when I finished, I had a clear, distinct thought: We choose the evil we do to each other. All of it—from the level of a family to the level of nations. Of course, the reverse is also true. Aoife explores the interrelationship among individual, group, and collective choices—and the power these have to cause suffering and strife as well as peace and contentment.

For me, every book is a question I wanted to answer. What question did this novel ask of you, and did it answer it in the way you expected?

I had to sit with your question for a while. What I realized is that I didn’t know what the question was until I had the answer, but I’m not sure I can so cleanly name the question itself. It has to do with finding peace within one’s self and within a community. In The Mapmaker’s War, Aoife grows up a typical kingdom with the hierarchies we’re all familiar with from stories we’ve been told and the history we all know. But when Aoife crosses the river border of her kingdom, she visits a hidden community of people who call themselves The Guardians. I’ll let readers discover whom they guard, but I will say their culture is based on compassion, equality, and non-violence. In time, she learns why this is so and how they actively, consciously, keep this balance.

As a writer, I found I was challenged to be conscious, too. Personally, I believe our species and every being on this planet are in tremendous peril, much of which we’ve brought upon ourselves. Dystopian and post-apocalyptic stories have a crucial purpose—they allow people to experience, but contain, their feelings of terror and confusion and even rage. However, these stories also fuel bleak narratives of our collective future—a future that in fact isn’t fixed. I discovered I wanted to write from a place of hope, even though I struggled to find it. I realized part of this novel’s power was its offer of an alternative. Aoife’s quest for peace is incredibly human—messy and complicated—but the rewards are possible. She proved that to me. I needed to know, and I imagine I’m not alone in this.

Once a project takes root, I spend months and years in what I call my research and incubation phase. This is a period when I keep a giant notebook of what streams through—images, bits of dialogue, fragments of an event in a character’s life, random linkages—and notes on everything I read which somehow has a relationship to what I’m working on. In time, the plot reveals itself, sorts itself out, and I’m able to sketch out the entire arc, beginning to end. So I guess, yes, I plan things out. I already know “what” happens, and I’m often writing to discover “how” those events unfold and connect.

When the writing finally starts, I work full days, six to ten hours a day, usually four or five days a week, but it’s not unusual for me to work on weekends. When the energy runs out, I’ll take a break from the writing and/or revising, sometimes to do more research and thinking, sometimes because I’m exhausted.

I wrote my first novel, The Mercy of Thin Air, on a computer, but almost every word of The Mapmaker’s War was written by hand. I typed up the handwritten manuscript in the break periods.

I wish I could say it was the revisions of my forthcoming novel or a new project, but it’s not. I’m rallying for The Mapmaker’s War in whatever ways I can conjure. Many of your readers are no doubt aware of the dispute between Barnes & Noble and Simon & Schuster, which has affected dozens of S&S authors who’ve had spring book releases. It’s a tough situation for everyone—B&N, S&S, and the authors. We’re all losing something in this. Ultimately, I have a responsibility to my little beastie to give it a fighting chance. I spent five years on this novel—it pushed me to my limits as a writer and human being—and I believe the story’s message of peace and hope is one this world desperately needs right now.

So, what’s next for you?

Why, thank you for asking. The Chronicle of Secret Riven will be out in 2014, the epic sequel which takes place 1,000 years after The Mapmaker’s War. In Mapmaker’s, Aoife is told a prophecy about children who will be born in a distant future and a great event that will take place in the land from which Aoife was exiled. Secret Riven, the daughter of a translator and an historian, is one of those children. From an arcane manuscript, Secret learns of her connection to Aoife, and in time, she discovers her role in these mysterious events. I’ll say for the record it involves a plague… (For a hint about the aforementioned manuscript, readers might take a close look at the translator’s note at the start of The Mapmaker’s War.)
Posted by Caroline at 9:52 AM