Katie Boland talks about Eat Your Heart Out, writing, healing, and whether or not breakups are ever resolved. 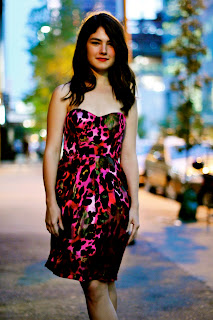 Katie Boland is an actress, writer, and the daughter of one of my best friends, filmmaker Gail Harvey. I invited Katie to talk about her newest book, and I'm thrilled to have her here. Thank you, Katie!


What Writing Eat Your Heart Out Gave Me

Writing my collection of short stories gave me a way to say goodbye.

"I feel too sick to sit," my grandmother told me one afternoon. It was around this time that I began writing, that panicky period when things end, for real and for the first time. I had tried to bury my past but it kept clawing its way out. Six months too late, I realized I had left the man I loved.

"What'd you do today, Nan?" I sat on the chair near her bed. I should have sat on her bed with her but it scared me. It had swallowed her whole.

"Nothing, just lay here. Thinking about my life, all the people that have come in it. I have thought of every single person in my life."

"Can't help but think about things, stuck here like this. I have known so many people. Even near-strangers I am thinking of. Most of them are dead now."

"It's funny how some people only come into your life to leave, it feels like."

At this time, we were both trying, with various degrees of desperation, to time travel. My grandmother, under those covers, was as much twenty as she was eighty-two. While writing, I was who I once was but also who I wanted to be. My book is about heartbreak, and in writing it, I got over my own. Coherence and closure can exist in literature, not always in life.

Writing helped me make peace with that.

Recently, a friend of mine, also a writer, came over.

“Writing that script was the best catharsis,” he said. “But now, so much time has passed that I have this weird relationship to my memories. I re-read it and I think, did that happen like that? Did she actually say that? Or did I write it?”

I could relate. Conversations that were too succinct and honest for me to have, the characters in my short stories had. Through the act of writing them, I began to feel like I’d had them, too.

Working on Eat Your Heart Out, I accepted that I liked living in the past. As a writer, it was okay to love what I had made up. In life, that’s not as true but now my nostalgia had a purpose. I took what was destroyed in my life and built it into my stories.

As I wrote my book, I healed. Before it was finished, I met someone else. I fell in love with him, too. We broke up, too. He and I didn’t get to say goodbye, not the way we deserved to. I went through the same process. My characters could say things to each other that I could never say to him. This time, it was a little easier.

Through writing I had to come to accept that human beings don’t always end things with dignity; not like trees that change colour, flowering, fading, falling, beautiful, alive. By being a writer, I can give things the ending that I want. You plot the ending from the beginning. Unlike life, it doesn’t come out of nowhere.

I spoke to my mother recently about heartache. “Are break ups ever really resolved?” she asked.

Ernest Hemingway said that living outside yourself while writing is dangerous. For me, in writing Eat Your Heart Out, I realized it was safer.