The sublime Julianna Baggott talks about Fuse, trilogies, dreaming about storyworld and so much more 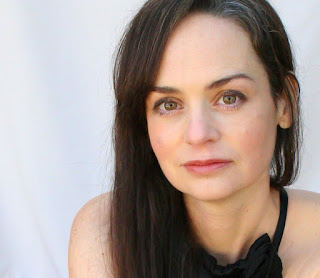 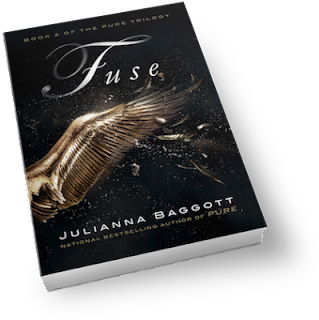 Julianna Baggott is flat-out wonderful. Funny, smart, generous and warm, she's also one of the most creative and adventurous writers I know. She's published an astonishing 19 books in a dozen years. Pure, the first book in her trilogy, was a New York Times Notable Book of the Year and an ALA Alex Award-winner, and if that's not enough, the film rights have been acquired by Fox 2000. Fuse, the second book in the series, is just as haunting, terrifying, and brilliant as Pure.

Her first novel, Girl Talk, was a national bestseller, followed by The Miss America Family and the Boston Herald Book Club selection, The Madam. She co-wrote, Which Brings Me To You with Steve Almond, which was a Best Book of 2006 from Kirkus Reviews. Bridge Asher novels include The Provence Cur for the Brokenhearted, My Husband's Sweethearts, and The Pretend Wife. Her Young Adult novels, under the pen name N. E. Bode,  include The Anybodies Triology, which was in development at Nickelodeon/Paramount, and her Boston Red Sox novel, The Price of Fenway park won the Massachusetts Children's Book Award for 2011-2012.

An associate professor at Florida State University's College of Motion Picture, she also, along with her spouse, founded the no-profit organization Kids in Need-Books in Deed, that gets free books to underprivileged kids in Florida. Her essays have graced the pages of The New York Times Book Review, Modern Love, The Washington Post, read on NPR'S Here and Now and All Things Considered, and more.

What's it like to write a trilogy? Did you know it was going to be a three-parter when you began, or did the story just grow and demand that form? And do you have any thoughts about what might come next when you're finished with the trilogy?

A trilogy is really an enlargement of the three-act structure, in some ways. In Book I PURE, a lot of attention is given to the building of this ash-choked world -- the world itself is a character -- and the characters are taking shape. With multiple perspectives, PURE is a collision course, bringing all those lives together. In Book II, FUSE, with much of the world in place and the characters starting to be known, I had the opportunity to upend expectations, expand the worlds (the twisted psychological terror inside the Dome and the brutal landscape on the outside), and really let loose in terms of action. As in a three-act structure, the middle act and the middle book are the longest. In Book III, BURN, I get to push the characters to their own personal extremes, to the real breakdown of their coping mechanisms, and to find them at their most raw and vulnerable. The advantage to a trilogy is to dig in and go deep, to have that grand architecture to keep it all supported, aloft.

I didn't know what I was writing at first, but by the end of PURE, I know I was at work on something much, much bigger and the second and third books were taking shape.

I'm going to write a few stand alone stories -- definitely for El Capitan and possibly Iralene (who first appears in FUSE). As for other books, they're in the works... always.

The storyworld you've created in Fuse is so visual, so bristling with life, and so disturbing, do you ever have trouble releasing yourself from the world when you've finished with your writing day? And can you talk a bit about what went into creating such a vivid world?

In writing PURE, I dreamed about the world. There was no leaving it. And it didn't help that I did research on the bombings of Hiroshima and Nagasaki late at night. I don't like to separate work from life much. The blur helps me.

Over the years, I've learned to write while not writing. It's the result of having four kids and not being able to trust a strict schedule. As a result, I see the world in my head, visually; I hold it there and edit scenes there-- in my head -- and the result is a more efficient process, I think, and a more visual page.

Fuse has so many important things to say about the way we live now vs. the way we should live--and I think part of its power is that it's set in a futuristic world. It reminds me of something I recently read in Anne Sterlings wonderful book, As I Knew Him, about her life with her father. Rod Serling began writing science fiction because it was the one way he could get his most powerful and disturbing ideas across in a way that most people could accept and handle. Can you talk about this?

I never start with ideas. I start with people in situations. But by the end of any of my books, I realize that they're political in ways I never expected. And whenever you're writing post-apocalyptically, you're asked to explain what brought on the apocalypse. For me, the answer is human beings, and then politics emerge without feeling like I'm pushing ideas, but simply trying to explain how we would create our own demise. My politics emerge and I prefer that to be organic. When it's not, it's obvious and the sky falls in on the world.

You work in a variety of genres, which I really admire. Is it hard to switch from one to another? And what makes you gravitate to each?

It's a release valve to switch. When I can't write another cinder of ash, not another mote, I can glide into an essay -- and write about things that have been pulling on me in the real world. Or if emotional about something, I often turn to poetry. I like being able to work trans genre, and I especially like finding a subject matter and asking which genre would best suit it ...

I also want to ask you about writing under pen names. What made you decide to do this and how does it feel--do you sense a different personality with each name?

Just recently, I've come to see the pen names as promises that I've made to the reader. Bridget Asher wants to talk about contemporary women, real lives, the demands of love and marriage and loss... N.E. Bode is certainly a voice. Very much so. Sometimes I'll be writing a formal letter to someone and find I'm being Bode and I have to start over completely. Bode makes a promise to young readers -- about the mysterious world all around them and a complete and utter lack of condescension. Baggott might write anything at all. You never can tell. So it seems some promises should exist. We've just redone the web site, hoping to show my brain in a handy-dandy graphic -- how all of the books and genres break down. www.juliannabaggott.com. I hope it works.

And the questions I always ask:
What's obsessing you now and why?
Paths not taken.

About my career as a choreographer (a path not taken).

Thank you, thank you!  I hope one day we can actually get to meet so I can hug you in person!


Julianna Baggott
The Book Trailer for PURE
www.juliannabaggott.com
The Shared Brain of Baggott, Asher & Bode Blog
www.pure-book.com
Posted by Caroline at 8:31 AM