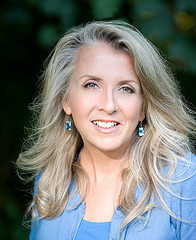 How can anyone not want to read a novel that features Dorothy Parker as a character--especially if the book is written by Ellen Meister? Ellen's the author of THE OTHER LIFE , THE SMART ONE, SECRET CONFESSIONS OF THE APPLEWOOD PTA, as well as numerous short stories. Ellen teaches creative writing at Hofstra University and  runs an online mentoring group for women authors. She has served as editor for a literary magazine and currently does public speaking about her books and other writing-related issues. She is working on her fifth novel, tentatively titled INNER CHILD. Thank you, Ellen!


What is it about Dorothy Parker that we love so much? How do you think she's relevant today?
I think her audacity has timeless appeal. So yes, we all wish we had her wit, but we also wish we had her courage. And that's especially true in this hyper-PC modern of ours, in which we're all so afraid of saying something that might offend someone. Dorothy Parker didn't give a damn who she offended.
Also, we can sense the pain beneath the wit, and there's nothing more human, and thus more relevant, than that.
What's the back-story of this book for you? What sparked the idea?
I've been a Dorothy Parker fan almost all my life. In fact, in some ways she's the voice I've carried around on my shoulder, making snide comments and biting perceptions about my life and choices.
Then, a few years ago, I was marveling at the long list of novels paying homage to Jane Austen. While I think that's incredibly heartening, I couldn't helping wondering why no one did the same for my personal literary hero, Dorothy Parker. In an instant, I realized this was the book I'd been carrying around inside, and the basic premise of bringing her spirit back to life as mentor to a modern woman fell right into place.
What's your writing life like? Do you have rituals? Do you follow an outline or just follow your characters and hope for the best?
My ritual involves waking up at 5 am and getting a cup of strong coffee into me as quickly as possible.
As far as outlining, I've come to the realization that creating a structure is absolutely critical. That doesn't mean I come up with a rigid scene-by-scene outline for the book, but a basic architecture.
What's obsessing you now and why?
I just watched the first two seasons of Louie C.K. on Netflix, and I'm knocked out. He manages to expose a tender and decent humanity beneath some of the most outrageously vulgar humor I've ever heard. I have no idea how he does this. There's genius here. And it's hilarious.
What question didn't I ask that I should have?
Your questions are terrific, but I wouldn't mind talking about my Dorothy Parker Facebook page. I managed to find over 72,000 Dorothy Parker fans, and engaging with them is tremendous fun. I think they're the smartest group of followers on Facebook!
Posted by Caroline at 6:21 PM

I am really looking forward to receiving my copy of Farewell, Dorothy Parker in the mail next week. It has been a long time since I've looked this forward to a book. Congratulations Ellen!
Lovely interview..