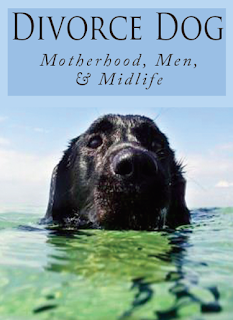 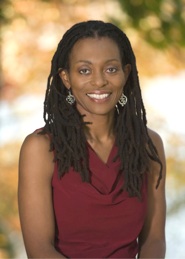 Kim McLarin is obsessed with the truth. Her new collection of essays, shaped like a memoir, Divorce Dog, explores the darker side of race, divorce, marriage, motherhood and more. A lot of these essays were originally published (to great controversy) in the New York Times and the Root, and I think the fact that Kim's work is so thought-provoking, is what makes it so great. I'm thrilled to have Kim, here. Thank you, Kim.

Tell us how the book sparked? What got you to writing it? And how did you change through the writing?

The truth is that I was at a low point with my real work, writing fiction. Not low in terms of inspiration but in terms of dealing with the reality of being a so-called "midlist" writer, meaning great reviews and not-so-great sales. People, including my editor, suggested I write a memoir in the hopes of gaining readership. But I'm not really that interested in memoir. I believe there is a difference between what's real and what's true, and that the mania for memoir too often focuses on the former to the detriment of the latter. There is great truth in the novels of Toni Morrison and Gabriel Garcia Marquez and Graham Greene, etc, truth that has shaped my life, and that's where my heart was and remains. So the compromise was this book, a collection of autobiographical essays. It started with a version of the essay on online dating, which I'd published in The New York Times and which generated a lot of, um, feedback.

As to how I changed during the writing, I'm not sure. I hope I'm always changing, and I'm always writing, so it's hard to say.

So much of the book's issues--race, divorce, being a woman-- are thorny ones. Did anything surprise you in the writing?

The one thing that consistently surprises me in all my work is that on paper I turn out to be strangely more optimistic and even hopeful than in real life. It's not that I consider myself a pessimist; more like a realist. But when I read my work later, especially my novels, I'm always surprised at how hopeful they end up being. Of course it's relative. Some people (Happy Campers, I call them) probably think my work is pretty dark!

I loved what you said about the therapists you saw, how you could understand an issue without necessarily knowing what to DO about it (which is why I'm a cognitive therapy maven.) Do you feel that writing this book was, in a way, cognitive therapy, for you?

Hah! My ex-husband is a cognitive therapist so I know all about that field and while I  know it can be an incredibly useful and purposeful therapeutic approach I wouldn't say I was a true believer. I write as much to make sense of the world as to make sense of myself. Writing is therapy for me not in the sense that it lets me identify "errors" in my thinking (cognitive therapy) but in the sense that it legitimizes, at least for me, my interpretation of my own experience, which is so critical, especially for anyone who has grown up designated as "other" somehow, have grown up being told our lives, our history, ourselves, were illegitimate. Writing lets me feel heard and seen, which is really want all of us want, at heart. I'm with the great Joan Didion who said, "In many ways writing is the act of saying I, of imposing oneself upon other people, of saying listen to me, see it my way, change your mind. It’s an aggressive, even a hostile act."

At one point you remark how your sensitivity made you a writer--but it also made living in the real world so impossibly difficult and sad and depressing sometimes. How DO you think writers can deal with this in a way where they channel that extra sensitivity into our work, but keep it more at bay, perhaps in our lives?

I have no idea. I'm not even sure we should keep it at bay. Wouldn't the world be a better place if more people were more sensitive?

Tell us how and why James Baldwin saved your life?What's obsessing you now and why?

Well, there's a whole essay about that, so I can't really say it in fewer words. James Baldwin is my personal hero. I have pictures of him in my office and in my house. His courage, his relentless clear-eyed perspective on humanity and society and the world, his refusal to engage in magical thinking of any kind, his passion, his eloquence and finally his great compassion for what it means to be human in this world -- all of this inspires me beyond measure. He was also incredibly sensitive and he suffered for it, but the work he left behind will stand the ages.

What's obsessing me now is this whole cult of positive thinking and self-actualization, this obsessive American idealism and the way it bleeds so easily into magical thinking and the whole pervasiveness of it. The other day I said to someone, "Well, maybe I'll find the love I want and maybe I won't." She said, "That's so negative! It's almost nihilism. You have to think positive!" I laughed -- that's not negative, let alone nihilism! That's called accepting reality! Negativism would be saying, "I'll never find love." But this whole cult of positive thinking has so shifted our ability to look clearly at reality that people think being realistic is being negative. This is dangerous stuff. I'm far more compelled by the tenants of Buddhism than of the so-called "The Secret." I'm thinking of writing an essay on it.

What question didn't I ask that I should have:?

What's the biggest misunderstanding of your work?
That because I'm writing about serious topics my work lacks humor. Not to be immodest, but I'm funny. Sometimes hilarious.