Merrill Joan Gerber, author of 29 books, talks about The Hysterectomy Waltz, having an e-book backlist, writing, and so much more 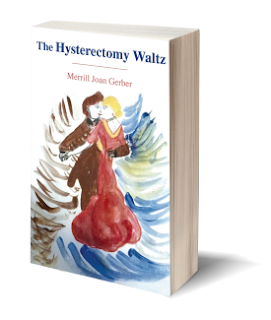 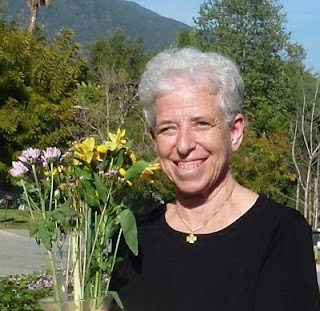 Merrill Joan Gerber a prize-winning novelist and short story writer. Among her novels are The Kingdom of Brooklyn, winner of the Ribalow Award from Hadassah Magazine, Anna in the Afterlife, chosen by the Los Angeles Times as a "Best Novel of 2002" and King of the World, which won the Pushcart Editors' Book Award. Her stories and essays have appeared in The New Yorker, The Atlantic, Mademoiselle, The Sewanee Review, The Virginia Review, Commentary, Salmagundi, The American Scholar, The Southwest Review and elsewhere.
Her story, "I Don't Believe This," won an O. Henry Prize. "This is a Voice From Your Past" was included in The Best American Mystery Stories.
Her non-fiction books include a travel memoir, Botticelli Blue Skies:An American in Florence, a book of personal essays, Gut Feelings: A Writer's Truths and Minute Inventions and Old Mother, Little Cat: a Writer's Reflections on her Kitten, her Aged Mother… and Life.
Cynthia Ozick called her novel, The Hysterectomy Waltz, "An amazing piece of writing." About aging, love, sex, and what defines us as women, the book is as provocative as it is powerful. I'm truly honored to host Merrill on my blog. Thank you, Merill!


What sparked the writing of The Hysterectomy Waltz and why focus on hysterectomy?
What I hear you asking is what in my life “sparked the writing of this book,” which is really the other side of the question, “Did this happen to you?”
Though writers are often asked this question, it can’t be answered.  All fiction is a combination of observation, experience, imagination and magic—and often when a writer has finished a book, she can’t even recall the factual basis (if there was one) for the scenes she has written.

The Hysterectomy Waltz was written thirty-three years ago!  It was too early for its time, too aggressively fierce, too challenging to the medical profession, too full of ideas that faced off against the cultural views of those times.  Several publishers had ideas for changes I could make that would render it (in their minds) “publishable.”  So I followed their suggestions, one by one—sometimes working for weeks or even months on making the suggested changes, till they each told me, as publishers do, “Thanks, but that’s not exactly what I had in mind.  I’m just not in love with this book. Good luck elsewhere!”  At some point I felt I’d had enough of this writing life.  Do see my essay on “Why I Must Give up Writing.”

However, when Dzanc Books discovered my work and offered to bring sixteen of my earlier books back to life as e books, I was re-energized and filled with hope.
What I loved so much about your book was the sharp and often unexpected humor mixed in with the anger. How do you maintain this balancing act?
If a writer can’t experience pain, anger, fear, and terror  and later offer it up in her work as humor, satire, caricature, mockery and wild insanity (which it often is), she is destined to be done in by those horrors that beset her (as they do everyone else).  Once you’ve got out of the way of the surgeon’s knife, or the truck that is about to hit you (which actually happened to me last week—I was hit by a big rig and spun into oncoming traffic on the freeway), once the dust of the earthquake has settled, or the fear of the home burglary has been toned down, once the cat killed by a coyote is buried and you get back to your keyboard, you’re not there to set down a deposition for a trial, you’re there to re-define the experience,  interpret it, even laugh at it, with your special voice and vision.

What's your life like as a writer? You've said that you're not a cautious writer. Can you talk about that? Is this by choice, and if so, why?

A writer is always being told by well-meaning friends that no doubt your most recent trauma will soon find its way into a book.  I was told that two years ago when I was diagnosed with breast cancer (“How soon are we going to see a book about this?”), it was said to me last week as my injuries from the car crash were turning my body black and blue (“I’m sure you’ll make lemonade out of these lemons and write a book, even a funny book!”)

The writer wants to plead: hey, give me a chance to breathe here, don’t assume for me, in this  light-hearted and dismissive way that in no time I’ll have effortlessly written a best seller and be a millionaire from this heartache, this damage, this scare, this devastation.  You try it. It’s not that easy!

As for “not being cautious”—no writer at her desk can be a “good girl.”  I am not famous for discretion, for protecting those I know or who impact my life in major ways.  I realized this at an early age when I had won a Wallace Stegner fiction fellowship to Stanford.  My husband and I arrived there with our four month old daughter and the first story I wrote was about a woman who gives birth to a baby, and whose mother comes to help her out.  The visit is a disaster. (As my mother’s visit to my home also was.)  I wrote the story “A Daughter Of  My Own,” I sent it to Redbook, which immediately agreed to publish it.  I was in a state of utter joy till I realized that eight million women were readers of Redbook; my mother was sure to see it.  And she did.

I understood that to be a writer is to be ruthless at your desk.  Then, when you are with your family and friends, as any other person would want to be, you are kind to them, loving, considerate.  But at the writer’s desk?  You are a writer, and you are free from such contraints.

The Hysterectomy Waltz is my 29th published book.  I’ve spent my life offering up to the world bits of my heart and soul, pieces of my history, secrets of my own and of those who appear in my stories and novels.  What does a writer want?  To be read and to be acknowledged.  I want this book to go far and wide: I want it to alert  and inform women and men, entertain them, prepare them, cause them to howl with amusement and revenge.  Those who have daughters and who read the section of the novel about the suitors who pursue the heroine’s daughters will recognize the terrifying lottery that takes place when one’s children choose mates for themselves.   What I want to say is: please read my work.  You won’t be sorry! You may discover yourselves in my words.

Merrill Joan Gerber is the reason I devoured Redbook during the 1970s. Her words have lingered with me over the decades and become part of my heart and soul. Around the time Merrill Joan Gerber was writing The Hysterectomy Waltz, I was a twenty-something year old woman recovering from a hysterectomy to cure uterine cancer. I felt utterly alone, without a single guidepost to help me find my way. Once again Merrill Joan Gerber's words shine a light exactly where I need it most.

Caroline, thank you so much for this interview. It means more than I can express.

I meant to say to Barbara Bretton that I was glad I had shined a light where she needed it most...and that her comment has brightened my day very much, Merrill Joan Gerber