Lori Nelson Spielman talks about the LIfe List, being debut author, and so much more! 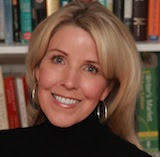 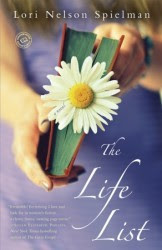 Thrilled to have debut author Lori Nelson Spielman (I'm partial to debut writers) on the blog today to talk about her novel, The Life List. Thank you, thank you, Lori!

CL:  How does it feel to be a debut author?
LNS: Exhilarating. Surreal. Thrilling. Fraudulent. Yes, most days I feel like I’ve duped everybody. Do all debut authors feel this way? Somehow I’ve been granted membership into an elite club where surely I don’t belong. I’m thrilled, don’t get me wrong. But after years of being on the outside looking in, it’s difficult to actually own the title “author”. Curt Vonnegut once said, “We are what we pretend to be, so we must be careful about what we pretend to be.” For now, I’m going to pretend I’m a writer.

CL: I read that the idea for your novel came from a life list you’d written at age 14. Can you tell us some of the things on your life list?
LNS: I wish I could say my list was comprised of noble pursuits and daring adventures. Truth is, most of my wishes were humble and conventional, like having babies and going to college and getting married. Like my protagonist, I wanted a horse and a dog (neither of which I have). And some goals were embarrassingly shallow, like Have lots of clothes. Apparently a nice wardrobe is key to a happy life. Who knew?

CL: Most people think of a bucket list when they see your title. Is there a difference between a life list and a bucket list?
LNS: I think of a life list as a blueprint for crafting your life. The goals are broader, farther-reaching and longer-term than those on a bucket list. In the book, Brett’s life list included things like having children and maintaining old friendships. A bucket list, on the other hand, is a list of one-time items that can be checked off in an instant, like a visit to the Grand Canyon or skydiving. But this is just my take on it. People seem to use the phrases interchangeably. And I recently heard about a third type of list, a list of all the things you once thought you wanted, but have decided aren’t worth the effort. The name of this list rhymes with “bucket”.

CL: Do you have a day job? If so, what is it, and does it influence your writing in any way, either by providing inspiration, material for characters or plot, or in any other way?
LNS: Like my protagonist, I work as a homebound teacher in an inner city school district. When students have long-term health issues, I gather their schoolwork and teach them in their homes or the hospital. It’s a privilege being invited into someone’s home, where I get to teach one-on-one and develop relationships with the families. It also gives me a glimpse into settings and family situations I wouldn’t normally be privy to, so yes, these experiences definitely helped create scenes that felt authentic to me. Though my characters were fictitious, I’ve had prickly students like Peter, who were out of school for disciplinary reasons, as well as homeless students like Sanquita. I even had one student who wanted me to keep her new baby.

CL: You delve into some cultural issues with your South Side Chicago scenes, using black dialect in some cases. How tricky was that to write? Do you expect to receive any pushback?
LNS: It was very tricky. I’m certainly not an expert on cultural issues, but I do feel my job has allowed me a unique perspective. It would be naïve and irresponsible to ignore the fact that social inequality still exists. Poverty rates and homelessness are highest among the black population. Black and Hispanic youth experience the highest rates of teen pregnancy. I feel it would have been more offensive if I’d sugarcoated these issues, created characters who spoke like prep school kids, suggesting that educational disparity doesn’t exist, or worse, portrayed the socioeconomically disadvantaged as a bunch of happy white folks living in nuclear families.

CL: Writing can be a lonely process. Do you have other writer friends, either where you live or online?
LNS: One of the biggest perks of becoming a writer has been getting acquainted with other authors, both in person and online. I’ve met some great new friends—friends I imagine will be lifelong. It’s incredible how generous and supportive the writing community is. The same day my book sale was announced, I discovered Claire Cook was following me on Twitter. I’ll never forget it. The author of Must Love Dogs was following me. And Claire isn’t the only gracious author. You, Caroline, are one of the most generous, big-hearted people in the business.

CL: What’s obsessing you now, and why?
LNS: Ah, where to begin? The writing (or lack thereof) of my second book, of course. I’m obsessing about the guest blogs I need to write, the Facebook posts and Tweets I should be doing, and, I admit somewhat sheepishly, Goodreads and Amazon reviews. I’m also obsessing about my upcoming book events. What was I thinking? I’m terrified of public speaking. Happier current obsessions include the anticipation of Breaking Bad’s final season, moving to a new house, cracked pepper kettle chips, and Magic Eraser sponges (if you’re rolling your eyes, you haven’t tried them yet).

CL: What question didn’t I ask that I should have?
LNS: You're too tactful to ask if I have advice for other "seasoned" would-be authors who are debating whether they should give it a shot, so I’ll tell you. I’m 52 years old, and although I desperately wanted my earlier work published, I couldn’t have chosen a better time to become an author. Along with more life experience, I’ve had a satisfying career, and now have the freedom to move in a new direction. It’s truly exhilarating. I strongly encourage anyone who has a story to tell and the desire to tell it, to give writing a shot, regardless of their age. As Isaac Asimov said, “If my doctor told me I had only six minutes to live, I wouldn't brood. I’d type a little faster.”

Lori, I love hearing parts of your story behind the story. I read and loved The Life List and am so glad everyone soon gets to read it too!

Thank you, Amy. I read and loved your debut, The Glass Wives!