Elizabeth Hartley Winthrop talks about The Why of Things, The Sons of Anarchy, arugula, and more 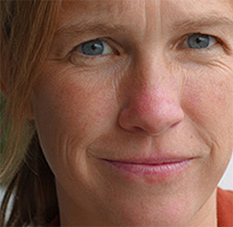 Elizabeth Hartley Winthrop's new novel, The Why of Things, was such a stunner, that I tracked her down to be on my blog. She's the recipient of the Schaeffer Writing Fellowship and she's also the author of two other novels, Fireworks and December.  Thank you so much, Elizabeth!


Every book someone has a spark which starts it off. What was the backstory for The Why of Things?

About ten years before I began writing this novel, an incident similar to what happened at the Jacobs’ quarry did in fact happen at one of the many private quarries on the Cape Ann, where I was living at the time. I don’t know who the person was, nor do I have any other information surrounding the circumstances of his death. I remember reading in the paper simply that a car, with the body of a young man inside, had been found at the bottom of a quarry, and I remember waiting with interest for a follow up article explaining what had happened to appear. None ever did, nor through any Internet searching was I able to discover anything further. I certainly didn’t obsess over the incident the way Eve does, but it did remain in my mind as one of those seeds that I knew had the potential to someday grow into a story of some kind. I actually wrote the opening scene well before really embarking on the novel itself— and then years later, after I’d finished up work on my second novel and was perusing old files for inspiration, I rediscovered the scene, which I’d largely forgotten, and ran with it.

What I loved so much  about The Why of Things was the subtle yet intricate structure, and the way you burrowed into your characters so deeply, it felt to me that you were channeling them. Which brings me to the last line of the book, which I felt was both the most heartbreaking and the most hopeful, when Eloise says, "Anything, it seems, is possible." Would you talk about that, please?

That line is actually not only the last line of the book, but the last line of the prologue, as well, though the sorts of things that seem possible are entirely different for each scene. In the beginning of the book, the “anything” that is possible is dark, ominous, frightening; it includes kidnappers, thieves, murderers, and ghosts. By the end of the book, “anything” has transformed from unimaginably bad to inconceivably wondrous; the possibilities that occur to Elosie in the final scene include magical cities of gold, singing flowers, swimming unicorns, ghosts that are friendly, not frightening. Though exaggerated as a product of a child’s imagination, that’s the sort of transformation I wanted for all of the characters in the book; I wanted the summer to alter the lens through which each looks at life.

While I wish I didn't think this was true, I have found that grief sometimes pushes us into a deeper understanding of how and why the world works the way it does. Would you agree and why?
I think for some people that can be right. When something tragic happens—something that plunges you into the depths of grief—all of a sudden the world is transformed. Things don’t make sense, or seem familiar; priorities change. Some people, like Joan, are pushed by this confusion to make new sense of an altered world, one in which there is a place for whatever has occurred. Some people, like Anders, have a harder time coming to an understanding of how and why the world works as it does; it’s difficult for him to see past the confusion grief has made of a life that once made sense. But whether or not that deeper understanding is reached, I do think that grief causes us to stop and examine life.

What's your writing life like? Do you have rituals? Do you plan out a story before you tap a keyboard letter, the way John Irving does, or do you simply follow the characters?

My writing life at the moment is somewhat nonexistent, as I’ve devoted the past year to my nearly year-old daughter and the lengthy process of moving from Savannah, Georgia, to a 1750 farmhouse in Gloucester, MA. But when I am in writing mode, I’m pretty structured. After breakfast, I take my coffee with me to my office, sit down, and work at whatever I’m writing for as long as I can while remaining productive. This can be going over what I’ve written the day before, rearranging, brainstorming, rewriting, or writing new material, and it can last anywhere from one hour to five or six; if it’s not happening, for whatever reason, I don’t force it, because I know I’ll only undo what I’ve half-heartedly done the next day. When I hit a wall I go for a run or a swim and do whatever errands I need to get done before returning to my desk for an hour or so before dinner, during which time I review the morning’s work and make whatever adjustments or additions might have occurred to me as I went back and forth in the pool.

As for planning: I’ve never really plotted a story out. I might think a chapter or two into the future, but I usually follow my characters’ lead, and it’s often unexpected where they take me.

What's obsessing you now and why?
My daughter takes up a lot of time and energy, as does our aforementioned move. We bit off a lot more than we could chew with this old house, and since we moved out of our house in Savannah in March 2012 we’ve been essentially without a “home” for a year, migrating from one place to the next as the farmhouse is made livable. I’m obsessed with getting that done, with having a home and routine again.