Karen Brown talks about The Longings of Wayward Girls, why suburbia fascinates us, 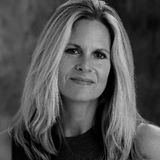 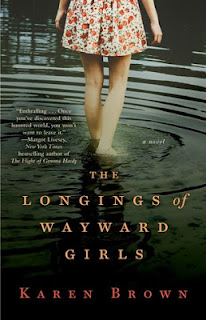 Prepare to be haunted. Karen Brown’s The Longings of Wayward Girls, about suburbia, unsolved mysteries and the crimes of the past, is a stunner. She's also the author of Little Sinners and Other Stories, which won the 2011 Prairie Schooner Book Prize  and Pins and Needles,  the recipient of AWP’s Grace Paley Prize for Short Fiction. Her work has been included twice in The PEN/O. Henry Prize Stories, as well as in Best American Short Stories, The New York Times, and Good Housekeeping. I'm thrilled to host her on the blog. Thank you so much, Karen!

You've won prizes for your short stories, but this is your first novel. Did anything surprise you about the process? Do you find you're more comfortable with one form over another?

The most surprising part about writing a novel for me was the length of time it took to get it right. A short story is done, and it feels done. A novel is interminable, and full of dangling potentials. I like things neat, and a novel is messy. It tricks you into thinking you are done with it, and then you turn it around and all its loose strands are suddenly visible. The characters’ lives are rife with possibility and history, and I feel I need to keep everyone in tow. Originally, LONGINGS was told through a handful of characters’ voices, each with their own version of the past. Revising showed me that none of that was necessary—I could tell the story without all of their side trips. So, it’s daunting, but thrilling at the same time.

So much for The Longings of Wayward Girls (great title, by the way) is about memory, the things we try to forget, and how memory is often transformed by time. Can you talk a bit about that, please?

Growing up I had a best friend who moved away when I was five. Years later, in middle school, she reappeared to tell what seemed to be outrageous stories about me. Had I really been so painfully shy in kindergarten that she had to speak to the teacher on my behalf?

“Mrs, Susskey,” she’d say. “Karen wants to know if she can get another piece of paper.”

I’d always believed I had an excellent memory—and yet either I had somehow forgotten part of the past, or my friend—who had no reason to lie, was making it all up. I became intrigued with the versions of the past we tell ourselves—how our memories are unintentionally faulty, and we cannot always remember correctly. Misremembering is a fascinating aspect of characterization.

Just recently another childhood friend (for whom the novel is dedicated) sent me a photo of a tiny porcelain box decorated with dragonflies that I’d given to her for her birthday when we were young. I never remembered giving her the box, but I recognized it immediately—almost as if I’d stepped through some sort of curtain, or portal, to hold the box in my hands, lift its lid again. I wanted to recreate that feeling in this novel—to have the past be suddenly present and immediate, both new, and yet strikingly familiar.

The novel is set against a backdrop of quaint suburbia, which made me think of how David Lynch used suburbia in Velvet. Why do you think a place like the suburbs is actually the perfect location for something cruel or evil simmering under the placid surface?

It’s an appealing place—so tidy and organized. There are the clipped lawns and ornamental trees, driveways and porch lights—a taming of the natural landscape. The suburb is a fine cover. You drop your guard in a place like that. There’s a lot of freedom and a disarming illusion of safety. But really people make bad choices among us everywhere. I think the opportunity to keep dark or aberrant things hidden in a suburb makes the setting so ideal. All those basements!

I try to write every day—even if it’s just for an hour or so. When I’m teaching I feel a great sense of obligation to my students and their writing, and it’s always a struggle to find time for my own. But when I was a student myself I was also teaching, and raising children, and I always found a way to prioritize and allot time for writing. I try to remind myself of this when I see I’m letting time slip away, or I’m doing an inordinate amount of line editing of students’ stories. (They really should already know how to punctuate dialogue.) Summers feel like a mad rush to cram in as much writing as I can.

I wrote a story last year that I never finished. I make it a point to finish everything worthwhile that I start, so that is my latest obsession. You can tell when something is worth your labor—there’s that little bit that surprises you, even after having read it over fifty times. The story is different from others I’ve written, so I’m on uncertain ground—that in itself makes me uneasy. And it’s not a nice story—the character has done something horrific. So I constantly ask myself why I feel the need to tell her story, or why anyone would want to read it. (Just the typical agonizing and self-doubt we all know and accept as writers.)
What question didn't I ask that I should have?

You might have asked me where the idea for my novel came from. I wanted to write a story set in my childhood Connecticut neighborhood—one built on old farm land—and capture the childhood games my friends and I would play. The Haunted Woods was a regular summer event, as was the neighborhood Lobster Bake—even the pit dug in the yard and the line of trash cans filled with ice and beer. One summer, a friend and I did write a letter to a girl in the neighborhood, pretending to be a farmer boy, hiding the letters under a stone. Of course we didn’t keep it up as long as the characters do in my novel, and thankfully the subsequent events that occur in the book are entirely fictional. But like my forgetting my own selective mutism in kindergarten, this event from my past had been totally forgotten, and remembering it altered my perception of the kind of child I’d been. I knew I wanted to write about a character grappling with the past, her place in it, and its effects on her present.