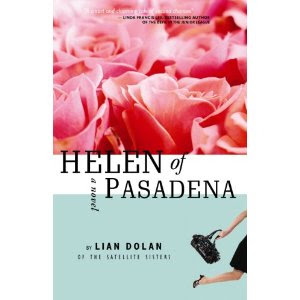 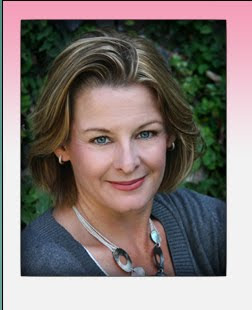 Writer, novelist, producer, talk show host and Dick Van Dyke aficionado Lian Dolan's radio show, The Satellite Sisters won 11 Gracie Allen Awards for Excellence in Women's Media, including Talk Show of the Year. She's also the force behind the uber-successful The Chaos Chronicles, which began as a column in Working Mother and morphed into radio segments on Satellite Sisters. One of the funniest people on the planet, she now has a knockout debut, Helen of Pasadena, which mixes up the classics and class structure in a deliciously witty romp. I was thrilled Lian agreed to let me pepper with questions. Thanks, Lian!

So what was it like to write your first novel? What surprised you about all the whole process?

I think I was totally ready to write my first novel because the process didn’t scare me at all. I started the book at the end of 2008. Shortly after Satellite Sisters, the radio show I had hosted for ten years, ended abruptly, I knew I needed something creative to do or I was going to get really depressed. So, I signed up for an online writing course at Mediabistro.com and plunged in. I had had a novel bouncing around in my head for years, but never had the time or creative energy. With my sudden unemployment, I had both. Finding the focus and the discipline wasn’t hard; I had been working on air 6 days a week prior to writing so I knew how to buckle down and get stuff done. But I was surprised how exhausting and all-consuming the process was. Some days, I’d write five pages and have to lie down! And I’m not napper, so that was unusual. And, I lost interest in most human interaction because my mind was churning with the characters and details of the book. I liked that sense of disengagement from the real world.

I love the culture clash in the novel, the way the hippish Helen butts heads with Pasadena society. What’s been the feedback from Pasadenans?

The book has been the talk of the town! Because it’s just that kind of town! I was even invited to a dinner party with the Mayor, something that had never happened in the prior 18 years of my residency, so it’s been really fun to have my moment. 99% of local readers think the book is lots of fun and spot-on; the other 1% mistakenly think that I’ve stolen their lives and put them on the page. It’s all fiction, people.

I love it that your degree in the classics found its way into your novel. I also loved a quote from you where you said that you envied people who could follow the tiniest historical detail with passion. But don’t you think that’s what you’ve also done in your novel? (With the added benefit that you can make things up?)

I do admire academics, particularly historians and archaeologists because those areas of study were always my favorites in school. I wish I could claim that I’ve put in the years in the library that the average Ph.D has. But I did make stuff up! About 50% of the history is real and the other half I invented to help the plot move along. To me, that is the perfect combination of research and imagination. All of the fun of history with none of the burden of proof like an actual academic. Look for more of that in future books.

As someone who lives in the NYC area, I loved what you wrote about the pressure to get into the right school, and I applauded Aiden not going to the “right school.” Do you think there’s a way for parents to continue fight against all the pressure, or are the stakes simply too great?

It used to be that parents wanted a better life for their kids than the one they had; now our generation of parents now wants a better resume for our kids that we had! More honors, better grades, fancier college. It’s nuts. I think there’s always a way for parents to hold back the tide of mounting pressure on our kids, but it takes incredible individual discipline on Mom’s or Dad’s part not to get caught up in high-stakes parenting. With the tremendous focus on the ‘measurables’ of childhood—like SAT scores or GPAs of batting averages- you really have to work hard as a parent to focus on the immeasurables that make each child unique. Like kindness, or helpfulness or neat handwriting. If only schools gave grades for “shares lunch with others,” then maybe we’d see parents hiring tutors for that instead of advanced math in the 5th grade. After 16 years as a parent, I can say that I have been guilty of every uptight parenting move invented, from test prep classes to invoking “college admissions” to middle school kids. But as my two sons have developed into great boys who come with all kinds of imperfections, I’ve learned to relax. My personal trick is to bow out of any conversations that engage in comparison of kids, schools, teams, colleges, Ivy League Acceptance rates. I just won’t participate in the endless comparative conversations that pit child against child. It’s made a huge difference in my approach to raising my own children.

You’re one of the five Satellite Sisters, and I don’t know what I find more amazing—that you have four sisters or that you created this wonderful show. Did you share early pages with your sisters? And, do your sisters now want to write novels?

I love my sisters, but the novel was all mine. Plus, I have a policy about getting notes from family members: Don’t. I would rather show pages to any stranger on the street than an actual family member. Sisters, brothers, husband—not interested in your thoughts on my work, thanks. But, after I had a polished draft, I let my sisters read it. And accepted compliments! I did not encourage “open and honest’ feedback. There’s family unity to think about. Do you really want to have Thanksgiving with the sisters that trashed your writing? No thanks.

I don’t think any of my other sisters are interested in fiction. And, that’s the way I like it. As the youngest of 8 kids (I have 3 brothers in addition to my 4 sisters!), it’s nice to finally have something that is my very own!

Your plate seems more than full—you write for Oprah.com, you’re a producer, a blog host, a consultant and a parent and wife. Is it a problem finding time to write, or do you find that the busier you are, the more time there somehow is?

Being on the radio 6 days a week, 3 hours a day was tremendous training for cranking out creative material on a daily basis. Plus, I love doing the creative parts of my job, like the writing or audio editing or brainstorming for column ideas. It’s the business end of my work that I could do without. But that’s life, right? I will say that now that my kids are older, my days are a lot less chaotic. That really helps free up time. And, I have really cut back on school volunteering! I recommend a moratorium on volunteer overload if you are a mother who wants finish a creative project.

What’s obsessing you these days?

Sitcoms. I am working on a TV pilot for a network with a writing partner. It’s my first pilot script, so now I am spending hours and hours watching old sitcoms on Hulu and YouTube, breaking down the structure and absorbing the dialogue. I have always been a sitcom fan, but now I am watching with a whole new set of eyes and ears. Particularly, the pilot episodes. The Dick Van Dyke Show rules.

What question didn’t I ask you that I really should have?

Do you think that including a Disgraced Rose Queen and a Death by Rose Parade Float in Helen of Pasadena has weakened your chances of being named Grand Marshal of the Rose Parade? Without a doubt. The minute I wrote the phrase “killed by a Rose Parade float,” I knew the good people of the Tournament of Roses would take me off their list. It hurts, but I understand.