Author Eileen Granfors asks: Where do novels take us? 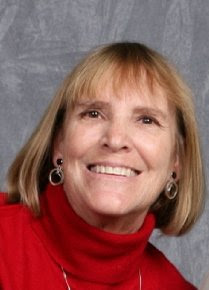 Right now, I am deep into rewriting another new novel, and it's due to Algonquin January 2012. Of course this means I am obsessed with the whole writing process even more than usual. Where we think a novel is going to take us is not always where we end up, which I find fascinating. It's the reveals that make writing alive and that make the whole process so amazing.

Eileen Granfors started a novel in my UCLA class and has been busy handselling it, sometimes as much as a hundred copies a day, particular in the Hispanic markets--amazing for a self-published novel, no? I asked her if she'd consider writing a little something about her process for me. So thank you, Eileen!

Some Rivers End on the Day of the Dead came to me from the opposite corner of where I thought I was going when I started. I was planning a book about mean girls, angry at their stern teacher. They would connive to make the teacher’s life miserable.

As I was writing, I found Marisol could not be that that voice at all. She loves books and admires words because her father had been a journalist. He taught her about the power of language. And so Marisol became this young woman, caught between two cultures and two languages, with a particular interest in idioms and proverbs. She needs to find a way back to her family’s roots. And when she is separated from her mother and uncle, she wrestles with her desire to belong to other families, who live a more American way of life.

The plot required something to force Marisol back to Tijuana, Mexico, more than just wanting to see her friends and grandmother there. The traditions of the Hispanic Day of the Dead (Dia de los Muertos) provided that urgency for her.

In the afternoon, I reread and edit whatever I wrote in the morning and make some notes to think about in the morning. I finally have learned to quit editing myself into a fury on the first draft!

Currently, I am working on the sequel, So You, Solimar, set in 2016, which is a whole new challenge of thinking into the future. The prequel, The Pinata-Maker’s Daughter, will be easier, and it’s tempting to see if that’s the book I should be writing now.

Loose [url=http://www.FUNINVOICE.COM]make an invoice[/url] software, inventory software and billing software to beget gifted invoices in one sec while tracking your customers.