Read This Book: Happily Ever After Divorce 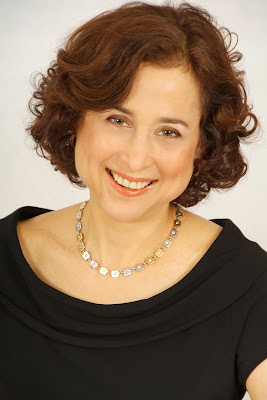 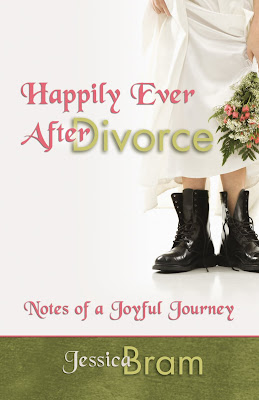 I had a truly unhappy first marriage. Stuck in Pittsburgh when I yearned to be in NYC, married to a man who vanished for days, who seldom talked and who tomcatted all over town, the end of that marriage came when a strange woman, who just so happened to be his girlfriend of five years, called me up and asked me why I couldn't let go of the man we both loved? Divorce for me was a blessing. After the initial shock and grief, I fell in love--with my new life. I lived in Manhattan, I was a novelist, I could shape my life the way I wanted to. Plus, divorce gave me lots of fodder to write about (Several of my essays are still up at Salon.com) and divorce taught me to refuse to stay in relationships that were just plain toxic (more writing fodder!) I'm happily remarried now, with a son, and when I heard about this new book, Happily Ever After Divorce:Notes of a Joyful Journey by Jessica Bram, I wanted to read it--and talk with the author.
At what point did you feel divorce could be joyful?
From that very first moment when he walked out, and I spent the rest of the night sobbing, hysterical, on the phone to my sister for hours, terrified about what this would mean to our home, our children, all the rest. And the whole time I could hear a faint, faint, tiny voice inside my head, not cheering but whispering, “Hooray. Hooray.” Because deep in my heart and soul I knew that this was the right thing to happen. There was a tiny suspicion that from this moment on, it would get better. And although it first had to get a lot worse, eventually it did.

My writing process was not a deliberate “I’m going to sit down and write a memoir.” I write personal essays – I always have – that take ordinary moments of my life and look deeply at them. While I was raising babies and young children, when I lost a cherished friend to breast cancer, those are the things I wrote about. Some were published, and later, after I wrote a piece musing about all the security at the first post-9/11 presidential election, they became radio commentaries on NPR and my local NPR station. (They can be heard as podcasts on my web site.) So while I was going through those days of rebuilding a life after my divorce, that’s naturally what I wrote about. When I later realized that they seemed to fall together into a theme, I conceived of the collection of essays on the subject. Only about twelve were written when I found an agent and got a book contract from HCI Books. After that I spent about six months going through notes, memories, and reworking old pieces, and filling in gaps, for what became the final collection.

I should mention that they were not written in the order that they appear in the book. They were written whenever the mood struck, or the topic was on my mind. Only after the entire collection was finished did I order them into a sequence that could somehow constitute a memoir. (This is how I teach memoir writing in the Westport Writers' Workshop I founded. I encourage writers to write about vignettes from their lives as the spirit moves them, and not to be constrained by sequential order.)

What advice would you give someone contemplating divorce?

That’s a tough one, because the whole point of my book is that I do not give advice –especially because I am not a family therapist, marriage counselor or divorce attorney. When I was going through my divorce, I myself did not want advice. All I wanted was to ask divorced friends who now appeared happy or successfully remarried, “How did you do it? … What was it like for you?” When you’re going through such major changes, the answers really have to come from inside oneself. Randy Pausch said it perfectly in his Last Lecture: “Don’t tell people how to live their lives. Just tell them stories, and they’ll figure out how to make those stories apply to themselves.”

Do you see perceptions about divorce changing?

No matter how modern our values, how far we have come, or how terrifically commonplace divorce is, I still see divorce regarded as failure, and a state of life to fear and feel shameful of. That is why I believe heart and soul that we who have gone through it must be there for the unhappily married (who fear it) and the recently divorced (certain they will never be happy again) to reassure them that just the opposite is true. This was my central mission in doing all the hard work to complete Happily Ever After Divorce: Notes of a Joyful Journey – to reach out a hand of hope to those people. I know it sounds hokey, but I truly mean that.

What a lovely, empowering interview. Thank you both!