Read this Book: A Better View of Paradise 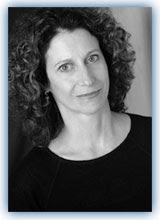 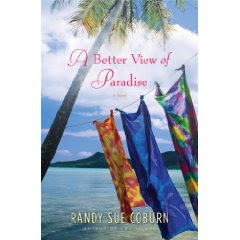 The Hawaiian islands hold sway in this remarkable novel and truly cast a spell. Did you live out there to research? What was it like?

I’m of the school that says if you want to make God laugh, show him your outline. I do find outlines useful, though, in giving the illusion that you know where you’re heading. I’m just way too left-brained to find the kind of juice in outlining that some of my more right-brained writer pals do. What gets my engines revving more is stream of consciousness, present-tense writing that lets ideas pop out unedited, and noting what scenes might be suggested by those ideas. So I try to keep track of those things in a journal. And when all else fails, I knit. If I can turn a heel on a sock, which always seems like a small miracle, then maybe I can write a scene. Or so I tell myself.

What rituals do you have when you work?

The father in your book is an avid Chicago Cubs fan; why did you decide to make baseball such a bond between Stevie and her dad?

Because I knew all about that bond from my own father—a lifelong Chicago Cubs fan, like Stevie’s. The 2003 season, when the Cubs were just one game away from the World Series before blowing it, was my dad’s last chance to see his team go the distance. I gave to Stevie all my own hopes that Cubs wins would extend my dad’s life. Which is not quite so insane as it sounds, when Wrigley Field is your father’s only church of the resurrection. I haven’t been to Wrigley Field since my dad died, but I plan to sneak in a handful of his ashes to scatter under the bleachers next time I go.

Nice interview. I visited Hawaii once. Before I went, I had all kinds of negative preconceptions (thinking it was a cliche for honeymooners, etc.). But I was wrong. It's a beautiful island with a different sensibility. And it smelled great.

My last novel was set mostly in Hawaii. Maybe the islands are about to see a literary boom? Mine is set in Kona, on the Big Island, the way it was in the late 60s, not what it has become. If you're interested, you can find a link to it from my webblog ...

The novel is called, "The Common Bond."