The Wild West takes on a feminist perspective in Jamie Harrison's mesmerizing debut, THE WIDOW NASH 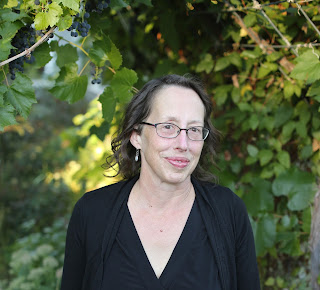 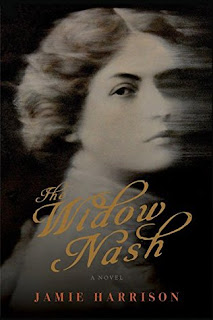 "Reinvents the Western from the feminist perspective. As wildly original and memorable as the West itself." Karen E. Bender, author of Refund, a Finalist for the National Book Award


Jamie Harrison, daughter of writer Jim Harrison, has produced a debut that is as thrilling as it is empowering. Set in 1904, it's about missing money, cryptic clues, violent attachments, and the need to claim your own territory. I'm thrilled to host Jamie here. Thank you, Jamie!

For some reason, almost ten years ago, the image of a woman getting off a train and simply disappearing stuck in my brain: I thought of the moment and everything that might explain it—why had she done it, and what would she do next?  I’d been helping research a documentary on Butte, Montana, reading news stories from the turn of the century not on microfilm but in huge bound volumes, flipping through birth and death and naturalization records. Part of the job involved cataloguing thousands of photographs and glass plates, portraits of immigrants, Brownie snapshots of picnics, mug shots of prisoners. The documentary was never finished, but the world stayed with me.

I absolutely love stories about reinvention and I was glued to the page at Dulcy’s change into Mrs. Nash, a wealthy widow, even as her nasty ex-fiance is on her trail.  I believe that Dulcy, in becoming someone else, actually became her truest self. Would you talk about that please?

I completely agree—being utterly alone, without a family or even a true past, forces her into being herself. I had fun with the idea that she regrets her first version of her background, and beyond that, I was interested in the question of whether disappearing is cowardly or brave.

The details of the West and 1904 are indelible! What was your research like? Did anything particular detail turn your story around for you?

I’m a real pro at avoiding writing—or making sense of scraps and a plot—by doing research, and it’s really all I did between other projects for years. Earthquakes, mining, medicine, menus (I love to cook, and had been doing research on American food for someone else), local history—I’ve got boxes and boxes of printouts, but I mostly put it away for the actual writing. As far as any one detail: I had two of my great-great grandfather’s notebooks, and the range of his travels—from Cornwall to Nicaragua and across Mexico and North America—was literally inspiring. He was a mining engineer who had two daughters, and I had a photograph of one of them on a horse in Idaho, and she became my runaway.

I also have to say that this book is so cinematic, so full of twist and turns, and so feminist and timely that I cannot imagine it won’t be a movie!  So that brings us to the question of how you write. Do you outline or just follow your pen? What lessons did you learn from your father, the brilliant writer Jim Harrison?

The best lesson from my father would be the sheer fun of making stuff up. He was a poet, but he always felt that the point was to transport, to illuminate, to amuse, to give a story. It wasn’t necessarily to navel-gaze. Our family and friends told stories, not just in writing but over dinner, in bars, on a walk, and it made life better and richer.  I’m not too hot on my own writing in hindsight, but one line I want to stick to was “these people, being fictional, could die with a reason.”

If it’s cinematic—the only real legacy of writing unproduced but still vaguely profitable scripts for more than a decade might be a love of dialogue and an awareness of page count and pacing. Not to mention an abraded acceptance of editing and tossing out passages and characters that just don’t work.

I did start with an outline, but when things veer off in a better direction, you just have to go with it and accept the reality of rewriting. Notebooks and little pieces of paper everywhere.

What’s obsessing you now and why?   What question didn’t I ask that I should have?

Beyond wrestling with my flawed knowledge of social media and Grade A fear of talking in front of an audience? I’m halfway into another novel, trying to tell a woman’s story through scraps of screenplays and novels she’s written (yes, more reinvention). Not everything is necessarily true; I’m having fun with what a child remembers, how families hide and mythologize, and I’m trying to break it into four periods, the earliest of which is 1919. So the question you might have asked is whether any of The Widow Nash’s characters reappear.
Posted by Caroline at 2:34 PM