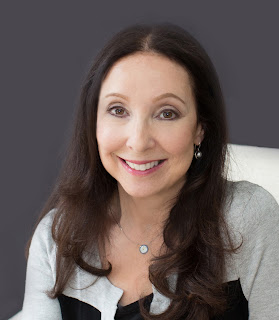 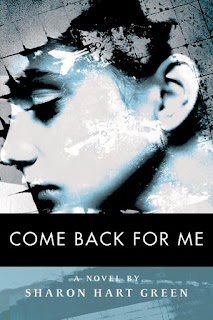 “Evocative and heart-wrenchingly beautiful, Come Back For Me is a must read for anyone with a moral conscience and a soul.” — Leah Kaminsky, winner of the Voss Literary Prize for her debut novel, The Waiting Room

“In Come Back for Me, Hart-Green explores the trauma and loss of one extended family as it clashes with life’s insistence upon being lived. Heartfelt and rich in detail, the story [is] unflinching in its portrayal of devastation and renewal…an impressive, ambitious, and highly readable debut.” — Joseph Skibell, author of A Blessing on the Moon and A Curable Romantic

Sometimes, I like to ask authors just to write something for the blog instead of an interview, and I'm delighted that Sharon Hart Green agreed!  Thank you so, so much, Sharon.

Despite growing up in a serene Toronto neighbourhood, I was haunted by the stories of war and loss that seemed to hover over many of the Jewish inhabitants of our leafy enclave. My best friend’s father who’d lost half his family in Poland; the neighbour who’d been hidden for years in an Amsterdam closet; my father’s cousin who’d lost one of her arms in a Nazi concentration camp. Of course as a child, I knew they were different. After all, they spoke with strange accents and had gold teeth. But there was something else that I couldn’t put my finger on, something mysterious that I couldn’t name.

And as I grew older, I wanted to ask them (though I never could bring myself): after all they have lost, how could they still embrace life? How could they marry, bear children, build families and homes? How did they preserve the ability to laugh?


My decision to write Come Back for Me was not entirely a conscious one. True, I had been teaching Yiddish and Hebrew literature at the University of Toronto for several years, and many of the novels, stories, and poems I taught were about the war. But most of those works depicted lives that were deformed by suffering. Where were the stories of those who were somehow able to rise above their pain? Or was it all an illusion, a clever ruse to cover up lives that were broken inside?

This is the tale that I set out to tell.