My new favorite, Gabrielle Bell, talks about her graphic narrative strips, the compulsion to do diary comics, working in film, and so much more

I first saw one of Gabrielle Bell's astonishing comics (more like graphic narratives) in a post by the amazing Kate Christensen. I love Kate and trust her judgement and I ended up spending a whole afternoon reading Gabrielle's fantastic strips.  Raw, honest, unsettling, and funny, each strip feels as if she's dipped inside the head of anyone who has ever been, oh, shall we say, a little bit anxious, very urban, with a touch of neurosis? (Hey, that describes me.)

Gabrielle began to collect her “Book of” miniseries (Book of Sleep, Book of Insomnia, Book of Black, etc), which resulted in When I’m Old and Other Stories, published by Alternative Comics. In 2001 she moved to New York and released her autobiographical series Lucky, published by Drawn and Quarterly. Her work has been selected for the 2007, 2009, 2010 and 2011 Best American Comics and the Yale Anthology of Graphic Fiction, and she has contributed to McSweeneys, Bookforum, The Believer, and Vice Magazine. The title story of Bell’s book, “Cecil and Jordan in New York” has been adapted for the film anthology Tokyo! by Michel Gondry. Her latest book, The Voyeurs, is available from Uncivilized Books. She lives in Brooklyn, New York. 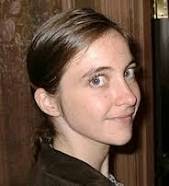 Each of your strips reads like a little novel. Do you plan them out or do they just happen?

It's a bit of both, I think. I definitely plan things out, and hope that something else will happen too.


Being totally anxiety-ridden, I really responded to your strips about anxiety and nerves, and all that goes along with those evil creatures. Does drawing the strip help defuse any of anxiety's power? (God, I hope the answer is yes.) 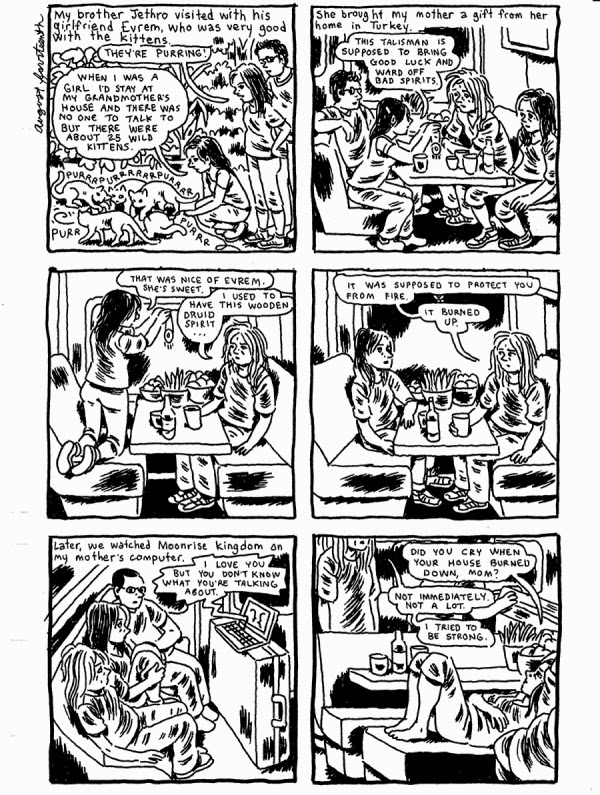 Yes, I think it does, at least to an extent. Especially when people respond to it and recognize it in themselves. But...doesn't seem to cure it at all.

You've also made a film of one of your strips--about a woman who turns herself into a chair so as not to be too much of a bother. Genius! What was that process like for you?

It was exciting, but difficult. I'm glad I did it but working in film is so different than in comics. Drawing comics is having complete control over a very orderly small space that you create yourself, for the most part in solitude. Working in film is about collaborating, compromising and  shepherding a lot of people to try to realize what is ultimately a collective vision, constantly surrounded by people. It takes two different kind of people.

Let's backtrack and talk basics. How and when and why did you begin the strip? How has writing and drawing it changed--and challenged you?

It is a compulsion of mine, to do diary comics. It is also the most simple and basic way to make comics, which are very difficult and complicated. Traditionally, comic books take whole teams to do the storytelling, penciling, inking and coloring. to do it all yourself takes years to get any kind of handle on.  I do other projects, but in order to feel like I'm making some progress, so as not to get discouraged and give up entirely, I do these diary comics.

I guess I'm obsessed with my garden. I am pretty amazed that I'm able to bring food out of dirt. I spent all summer watching a flower turn into one big eggplant. It sure is easier and more refreshing than drawing comics. But I'm still into that, too.

What would you do if you didn't draw comics?

I'd study music and theater and dance and I'd live a charmed life.