Edan Lepucki talks about California, Colbert, being on the motherflippin' NYT bestseller list, writing about difficult women, and so much more 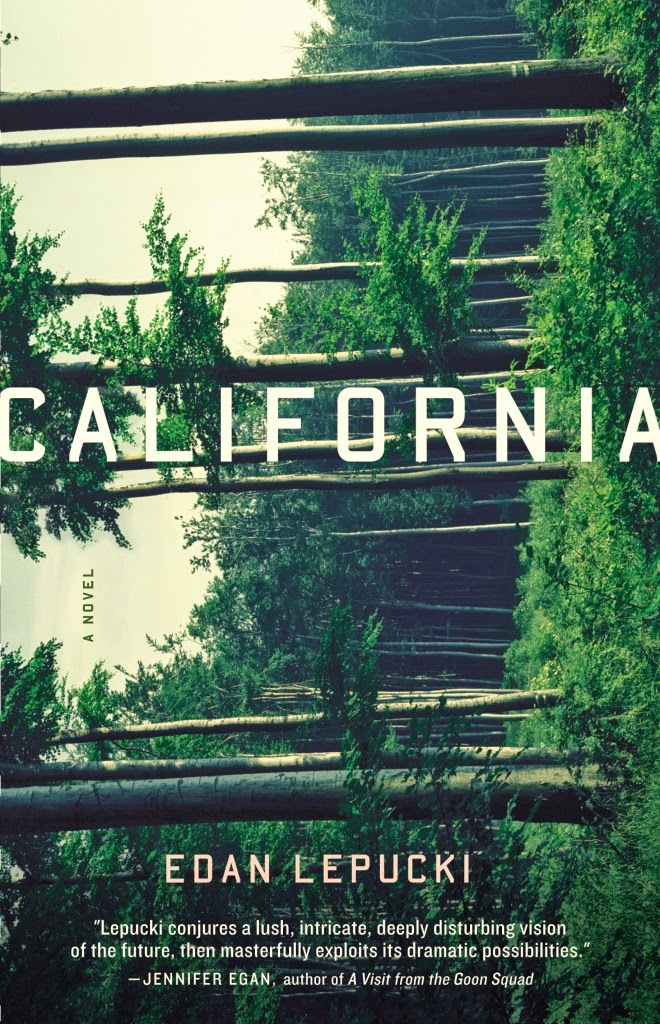 Say you live on Jupiter and you know nothing about what's going on in the American book business. Say you never watch Stephen Colbert or pay attention to any magazine, newspaper or media. If that's true, then you wouldn't know the amazing story of debut author Edan Lepucki. Her novel California, was championed on the Colbert show and because of the "Colbert bump"--and also because the novel is so damn good--it soon hit the NYT bestseller list and she became justifiably famous.

But Edan has other accolades!  She's also the author of the recently re-released novella, If You're Not Yet Like Me, The Los Angeles Times has named her a Face to Watch for 2014, and California is also part of the Barnes & Noble's Discover Great New Writers program.

And most importantly, Edan is really warm, funny and a brilliant talent. I'm not Colbert, but I'm thrilled to host her here. 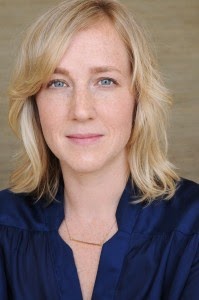 I always am fascinated by the origins of books. What sparked California?  Did anything change and surprise you in the writing?

I fear I have told this story too often in recent weeks, but it's true, so here it is: I was driving down Sunset Blvd. one night and the streetlights above me had gone out. That stretch of boulevard was so creepy in the darkness and it got me thinking about what LA would be like if all services--streetlights street repairs, schools--ceased. I starting conjecturing about what would have to happen to get to that point.  At the same time, I had the phrase "post-apocalyptic domestic drama" sliding back and forth across my brain; I loved the idea and wanted badly to read such a book.  From those two moments, the story of Frida and Cal, escaping from LA to the woods, came into being.  Many things along the way surprised me: stuff about Frida's brother, Micah, who was a suicide bomber at the Hollywood and Highland Mall in LA; about Frida's family back in LA, about their relationship and its struggles and secrets...so much!  I don't plan ahead, so much of the story is generated as I go.

I found the world's coming apart--and rag tagging it together, alarming and disturbing, particularly in some of the parallels to life today. Do you think the human race will survive? And at what cost?

I wanted the future to feel uncomfortably close to our own, so that the reader felt afraid and complicit.  I certainly entertain dark thoughts on a regular basis, and recent events--from the horrors of Ferguson, MO, to news of the bad drought in California--make me worry about our fate as a species.  But, then again, I think every generation has worried about the future, and there is also so much compassion, ingenuity and love among us.  It hasn't all been horrible, has it?  Ursula LeGuin has said that science fiction writers don't predict the future, but describe the present. I agree--I'm a writer, not a psychic. I have no idea what the future holds for us!

I also deeply admired your portrait of a relationship. Cal and Frida are so well-drawn, they breathe on the page. What kind of character work do you do?

Thank you!  I read for character, and it's why I write, too.  The "domestic drama" part of "post-apocalyptic domestic drama" was what interested me most about the story, and I really loved learning who Frida and Cal were.  For me, characters in fiction should feel wholly real, and the reader should feel like the character's life precedes the story, and will continue long after the text ends.  I tend to build character through thinking/daydreaming about them; writing them into being through scene; and really trying hard to inhabit the character's consciousness--seeing the world as they would, using the language they would use.  The shifting perspective in California helped me to understand the differences between Frida and Cal, too. I also wrote a ton of flashbacks for both that ultimately didn't make it into the final draft; writing their past helped inform their present.

What's your writing life like? Do you outline? Do you follow where your pen takes you?  Do you have rituals?

I write four times a week when my son is at daycare, from about nine to noon; after that I must devote the rest of my child-free time to teaching work.   I don't use an outline, but prefer to work from intuition. I turn off my Internet. and write directly into my laptop while listening to music on  my headphones.  After I've written a scene, I go to my notebook and take notes by hand about what I've written, what it means, and what might come next. I am usually just a few scenes ahead of myself. I like to read work aloud as I go, and fiddle with sentences/imagery.  I like to have coffee nearby!

So how has your life changed since the absolutely amazing Colbert bump?

In some ways, it's changed a lot. I just returned from a big tour where I was in a different city every night, and had the opportunity to meet so many great booksellers and readers. I was on the motherflippin' New York Times Bestseller List!  That totally blew my mind. I still can't believe it!  I feel the whole experience has given me the freedom to write my next book without worrying if a publisher will buy it. That's such a relief--I feel like I can just write and write.  In other ways, my life feels exactly the same!  I still have to juggle parenthood with writing, and I still am slammed with occasional bouts of insecurity and misery about my work.  Life is life is life.  I am glad to have my novel-in-progress to return to; I am looking forward to returning to the cave...

I am writing a book with two complicated female characters. The phrase "difficult women" has become an obsession for me of late. I recently fell in love with The House of Mirth by Edith Wharton and am now reading The Custom of the Country. I love Lily Bart and Undine Spragg--what complex, difficult, unlikeable, sympathetic, amazing characters!