Claire Bidwell Smith talks about the afterlife, loss and writing The Rules of Inheritance 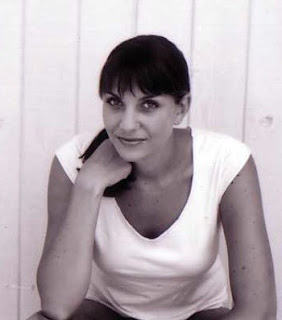 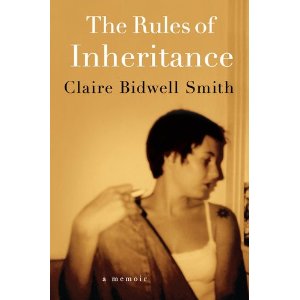 Loss. Love. Write about either one of those things and you have me. Claire Bidwell Smith's The Rules of Inheritance is so raw, so honest, and so gorgeously written that I began to reread parts of it the moment I had finished. I can't tell you how honored I am to have Claire here to talk about her book. Thank you, Claire!
What I loved about your book was how honest it really was. Many novels and memoirs about grief seem to be about "getting over it" quickly, yet your book moves back and forth through time to show how persistent grief is. Did this persistence surprise you?
Ah, the persistence still surprises me. I can't tell you how many times I've thought I was "over" the loss of my parents, and then something comes along in my life like marriage or illness or motherhood, and all the grief just rears up again. I think this is common for so many people who grieve though, and that's what I was trying to show with the book. Ultimately, I think that you never really get over the pain of losing someone you love. You just learn to live with it.

I'm glad you appreciated the honesty in the book. There were so many things I wrote about in these chapters that were hard to admit (i.e. writing about how my mother's body disgusted me when she was very ill), but I knew that to really write a book that would have an impact and be something that could be helpful to others in their process, I had to be as honest as possible. It took a long time for me to forgive myself enough for these thoughts and actions to be able to write about them, but once I did, I wanted to help other people be able to forgive themselves too.
I also loved the structure of the book, the way you moved back and forth through time to tell the story of losing both your parents at a young age. Did you know the structure when you began to write the book or did it take you by surprise?
Yes, I did know the structure. I had been working as a grief counselor in hospice for three years when I started writing this book and initially I intended to write a more educational book about grief -- one that kind of turned Elisabeth Kubler Ross's five stages on their head. As a grief counselor I can't tell you how many people come to me with confusion about the five stages. Regardless of whether the stages are the best grief tools, people really cling to them, yet also have a hard time understanding them. I wanted to show how malleable they really are. I decided that the best way to do that was to just use myself as an example.

You also deal with grief professionally. As someone who had a very bad grief counselor once, a woman who had never had any losses herself and who told me I was not "getting over it quickly enough", I personally feel that unless you've had to experience grief, you can't really understand the depths and power of it. Do you agree or am I deluded?
You're not deluded. I agree one hundred percent. I truly don't believe you can effectively counsel a grieving person unless you have lost someone very close to you as well. Loss is such a singular experience -- it's unlike anything else that will happen to you in your life. Therefore it's incredibly important to have someone who understands. I also think that grieving is really confusing and really lonely, and that one of the most useful tools for moving through the grieving process is to connect with others who are also grieving, or who have at least been where you are. I'm so sorry you had that experience! I wish I could have been your counselor -- I would have told you to take your time!
Part of the supreme pleasure of the book was seeing the transformation of your world view. You're now a wife and a mother who feels there is "something bigger" out there, a force. Can you talk about how your view of the world has changed a bit more?
My world view has indeed changed completely. I want to point out that it didn't necessarily take becoming a wife and mother to heal myself from the toughest part of grieving, or to adapt a new world view, even though that is where the book ends. Rather it took really sitting with the pain of grief, really letting myself go through the deepest parts of it, which is something I avoided for many years. I think for a long time after my parents died I was incredibly self-obsessed. I was in so much pain that I had a hard time seeing what was going on around me. When I began to emerge from that I was finally able to see how much beauty there was in the world.

Along my path of healing and transformation there were tiny cracks in the fabric of life that led me to finally begin to seek out a more meaningful belief system. I had to work really hard to adjust to this new way of thinking -- it was like looking at a negative image painting, except the opposite really, because what I was doing was learning to focus on the positive aspects of my life, instead of the terrible ones that I'd obsessed about for so long. Doing this was actually such a relief from the years of depression and pain that I'd experienced that I practically cried with gratitude for a few months. Now it's really easy for me to look around at my life and see what I have, as opposed to what I don't.

What's obsessing you now?
The afterlife! I'm working on a new book in which I go about trying to figure out what I believe happens next. From psychic mediums and Kabbalah to past-life therapists and Mormonism I've been delving into all kinds of interesting stuff!
What question didn't I ask that I should have?
I think you should have asked me how I'm going to convince people that this isn't a particularly sad book. My answer is that I don't know! But I do know that even if my book sounds sad on the surface -- girl loses parents to cancer by age 25 -- it's really not. It's also about love and sex and travel and coming-of-age and relationships and encounters with people you might never expect to meet. It's about taking chances and finding love and figuring out who you are over and over again. It's about life, just as much as it is about death.
Posted by Caroline at 7:54 AM

It's going to be end of mine day, except before ending I am reading this enormous article to improve my experience.