Meredith Maran talks about activism, self-doubt, the little engine that could and her extraordinary new novel, A Theory of Small Earthquakes. 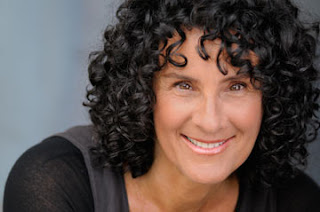 Meredith Maran published her first poem at the age of six in Highlights for Kids. How cool is that? She's gone on from that illustrious start to become a journalist, book critic, and absolute knockout writer. (Go read My Lie, her memoir about false memory, immediately if you haven't already.) Her novel,  A Theory of Small Earthquakes, is a breathtakingly smart, funny and heart-wrenching novel about sexuality, family and what we do--or don't do--for love.
I'm honored to have Meredith here. Meredith, I can't thank you enough!
What sparked the idea for this novel?
A decade ago, a friend who shall remain nameless told me a true story about such an alternative family, whose existence required so much forgiveness on the part of all involved, I thought, "If only I were a novelist, that would make a great plot." As I watched the story unfold in real time in my friend's real life, the itch to write it finally overcame my fear of attempting a novel. After a lifetime of writing only nonfiction, that fear was epic—and, as it turned out, well-founded. The novel took two years to write, five years to rewrite, and many gnawed fingernails to sell. And it's been the most thrilling writing experience of my life. Je ne regrette rien.
Your novel is a brilliant exploration of what makes a happy family, what's "normal"  and how do we navigate this new terrain. Do you think, given what's going on politically, that we can ever, as a people, simply let people be whomever they want to be and love whomever they love?