Kelly McNees, author of The Lost Summer of Louisa May Alcott, talks about writing through the rough patches 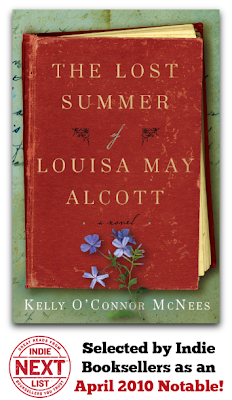 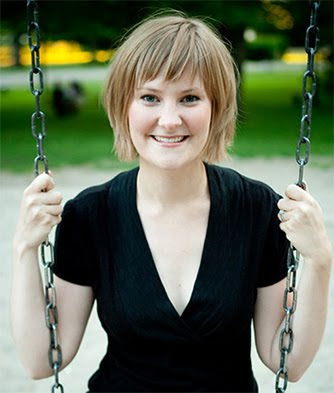 Kelly O'Connor McNees' debut is a dazzler. The Lost Summer of Louisa May Alcott has been selected as part of Oprah's 2010 Reading List and is an Indie Next April 201 Notable book. It's an intoxicating book about love and literature, and of course, Alcott, who wrote so knowingly about love, yet was believed never to have experienced it herself. Kelly's written a guest post here about writing, and I'm honored and thrilled to have her here. Thank you, Kelly.

What to do when it’s not going well

First, what not to do: Don’t panic. Or, if you can’t help but panic, ask someone to lock you in the trunk of your car so can’t do anything you’ll regret.

Don’t, for example, buy an organic goat farm over the internet if you have no farming experience or even--let’s face it, bookworm--experience with what is generally known as theout-of-doors. Don’t convince yourself that single-handedly building a cheese cave out of reclaimed wood will be easier than finishing your novel. It will not be.

Don’t get a bizarre haircut or eat your weight in macaroons. Don’t decide that, while you always believed that your dream was to Be a Writer, your actual hidden dream was to be a parasailing mime or a cosmetologist for dogs or a professional gem polisher. The last thing you need is another student loan.

Don’t try to teach your cat how to type because he will never, ever be able to learn--and if by some miracle he does, you’re going to have a whole new problem on your hands. Don’t stand in the produce section grinding your molars and squeezing every single peach on the entire display, as if there is only one right peach in the universe. About half the peaches are good and the other half are mushy and that is just the inherent risk in eating peaches.

Whatever you do, don’t go to any dinner parties. The dinner party is your worst nightmare right now. Because there are lots of people out there, even some writers, who are getting work done, and if one of them casually drops that fact into the conversation while you are gnawing on a baby carrot, next thing you know you’ll be walking down the middle of the highway.

It’s best not to talk to anyone, except maybe the poor soul to whom you are legally wed. Lucky for you, he is very patient and soothing and encouraging, even if he is silently running over the Illinois state code regarding involuntary commitment while he fixes you a cup of tea.

In a perfect world, you would drive your brain way out into the country and leave it there, slumped squishily in the grass, knowing that it would either be eaten by a bear or taken in by a lonely kid looking for a pet. And you would be sort of fine with either outcome. But this is not a perfect world.

What you have to do is find something that will soothe your mind. Perfectionism has you in its grip and there’s only one way to distract it—you need a decoy. Knit a complicated sweater with perfectly even stitches. Roast a chicken and then make from it the most exquisitely rich and garlicky broth man has ever known. Make a list of everything you do well: penmanship, lawn bowling, calculating a tip under pressure. Take a long walk. And then get back to work.

Wonderful. I laughed out loud. So full of essential truths!

Just what I needed today. I am going to stop looking at goat farms online and head out for a walk. Thanks for the laughs and the insight.