Jacqueline Sheehan talks about The Tiger in the House, what scares her in writing, time-bending, and so much more 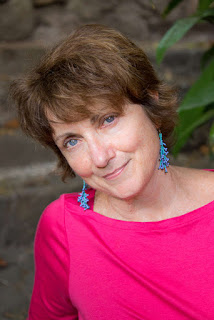 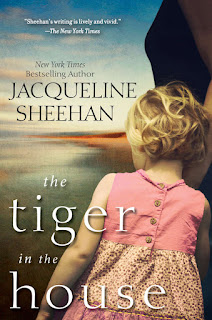 Jacqueline Sheehan is the author of TRUTH, LOST  & FOUND, (A New York Times Bestseller that was optioned for film),   NOW & THEN, PICTURE THIS, THE CENTER OF THE WORLD and her gripping latest, THE TIGER IN THE HOUSE. She was the editor of the anthology Women Writing in Prison. This anthology is the culmination of eight years of writing workshops sponsored by Voices from Inside, an advocacy group for incarcerated women. Jacqueline's books have been published in over eight countries.

I'm so honored to have her here! Thank you, Jacqueline!

What was the why-now moment for you writing this exceptional novel? What was haunting you?

The seed for this story came from a tiny news article that I read six years ago when I was at an Artist’s Colony in Wyoming. Only one newspaper per week was delivered to us. Because I am a newspaper junkie, I read every word of it. The article that stayed with me was about a four year-old girl who was found, by strangers, walking down an isolated dirt road wearing only white underpants. Everyone in the house where she lived had been killed. Shot execution style. The image never left me. I knew that I would write a story about her.

But I had several other books lined up (Picture This and The Center of the World) before I could get back to the little girl’s story. As time passed, other elements in the story emerged and latched on to her story: the spread of heroin into white, rural America, the bond between two sisters who had their own tragedies and dreams, and the image of a bakery along the coast of Maine.

Do you think we ever belong in one place, or is it more that we belong to a community of people?

I have lived in so many different places. Here’s the list: Connecticut, Florida, Colorado, Illinois, Oregon, New Mexico, Iowa, California, and Massachusetts. You might think that I was in the military, but I wasn’t. I just had a huge desire to see other parts of the country than the small town in CT where I grew up. My wanderlust also made me an eternal newcomer or outsider. In each place I had to figure out how to carve out my community, how to find my tribe.

Now, my tribe consists mostly of writers. But at some point I also understood that my community was whoever happened to be in the radius of where I lived. The clerk at the food store, the guy who delivered my mail, the vet who vaccinated my cats. They all became second cousins and they all mattered to me. I try to develop that profound sense of human connection with my characters.

What kind of writer are you? How did writing this book differ from your other books?

My first career was in psychology, so it is natural for me to write from that place of discerning what makes people tick. What do we long for, what frightens us, what makes us laugh, what is our secret shame? These all happen to be the makings of motivation for any story.

I’m also a very physical writer. I like to inhabit the bodies of my characters. I want to know what the earth feels like on their bare feet.

The Tiger in the House differs from my previous book, The Center of the World, because it is less overtly political. I’m back in terra firma with this book. I am drawn to the coast of Maine; this is my third novel set in Maine.

What scares you in your writing?

Recently, what scared me more than anything was that my creative well had gone dry. Bone-rattling dry. For a writer, this is as scary as it gets, and I’d never experienced it before. In a three-month period this year, a very close friend and my brother died from cancer. Every bit of my creative/emotional energy went to them. After their deaths, I was empty.

I had to go on a two-week solo retreat (thank you Turkey Land Cove Foundation!). I found my way back through tears, meditation, yoga, walking for hours, and of course, putting my butt in the chair and writing no matter how horrible it seemed.

What is obsessing me now is the notion of how a character can be connected in time to someone they’ve never met. I’m working on my next novel and there is some serious time-bending going on.
Posted by Caroline at 11:24 AM