A circus that hides Jews during WWII, two astonishing women, and the power of hope over despair. Pam Jenoff talks about The Orphan's Tale, our political climate, and more 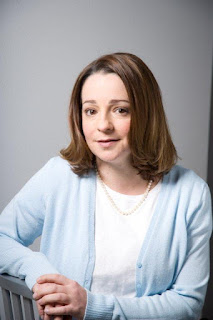 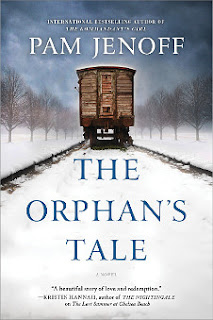 Of course I knew of Pam Jenoff and her brilliant work, but I was so happy to meet her at a book festival! She's down-to-earth, funny and you should know that this is a woman who can do the Lazy River five times in a row. And her new novel, The Orphan's Tale, set in WWII, about a traveling circus that hides Jews and the intersecting lives of two women, is both mesmerizing and heart-wrenching.

Pam Jenoff has worked in both the State Department and the U. S. Consulate in Krakow, Poland. She's a lawyer who now teaches law school at Rutgers, but more importantly (at least to me), she's the author of the international bestseller, The Kommandant's Girl, The Winter Guest, The Diplomat's Wife, The Ambassador's Daughter, Almost Home, A Hidden Affair and The Things We Cherished.

The only thing better than hosting her here would be having another dinner with her. With wine. Thank you, Pam.

What was haunting you that made you write this book?

I discovered two true stories out of Yad Vashem. One was a horrific account of a train of unknown infants, taken from their parents too young to know their own names and headed for the concentration camps. The other was of a German circus that had rescued Jews. What further fascinated me is when I was researching the circus, I discovered Jewish circus dynasties that flourished for centuries before the war. These stories twisted together to form the The Orphan’s Tale.

What was the writing like? What surprised you? What disturbed you?

I refer to The Orphan’s Tale as the book that it broke me to write, largely because of the scene with the boxcar of infants. I knew it would be the opening scene in chapter one, but I waited forever to write it. I felt that I had to metaphorically put my own three young children on the train in order to do it justice. After, I had almost a post-traumatic stress feeling and it was very hard to write anything at all.

The thing that surprised me the most was the circus. I didn’t go into this book loving the circus and I was not sure I wanted to spend a year writing about it. But ultimately I discovered that these were not circus stories, but human stories of hope and perseverance, that parallel not just ordinary life back then but also today.

What kind of a writer are you? Outline? Fly by the seat of your pen?

Total pantser (by the seat of my pants.) I have an idea, turn on the computer and go “blah” for about 60,00 words. Someone described it as, “throwing up on the page.” Then it gets unwieldy and I have to start making chapters and outlines. The editing is hell. It is the very worst way to write and I recommend it to no one, but it is the only way I can do it.

The ways in which the themes present in The Orphan’s Tale, of refuge and sanctuary and the moral responsibility we all face, have become more pressing than ever in light of the current political climate.

What drives you to write about the war? I spent several years living in Poland and working on Holocaust issues and becoming close to the survivors. I regard my books as love stories to the people who lived during that most difficult and important of eras.