Is it ever to late to dream a new life? Novelist Leah DeCesare says no 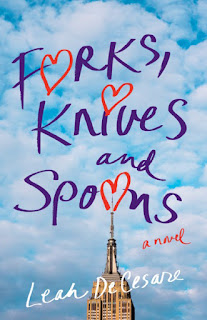 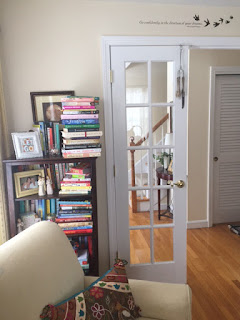 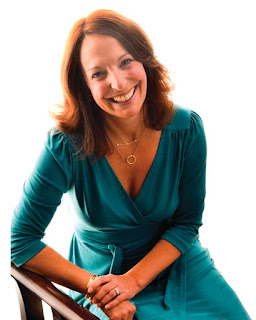 I'm so happy to host novelist Leah DeCesare here today to talk about her debut novel, Forks, Knives and Spoons. Thank you so, so much, Leah for encouraging everyone to follow their dreams.

If you think it’s too late to go for your dream, you’re wrong. I took the circuitous path to write FORKS, KNIVES, AND SPOONS but I can now proudly say, I am a debut novelist.

I mulled and pondered how to take the concept of labeling guys as forks, knives, and spoons and turn it into a story for literally decades before ever writing more than a few notes.

The kernel of the story, the Utensil Classification System, began in 1988 when my own father gave me a silverware lesson in guys before I left for college. At school, I shared it with my new friends and the labels expanded and grew, becoming very detailed. The way it caught on and multiplied stuck in my imagination and waited.

I had always wanted to be a writer, from the time I was in the early elementary years, I wrote: poems, diaries, short stories, essays. In fifth grade, I even typed out five chapters of my first novel attempt and sent it off to a major New York City publisher receiving my very first badge of being a writer — my first rejection letter — at 11 years old.

Fast forward through a college degree in business, a career in retail buying, event planning and public relations, leap ahead through three babies, too many volunteer jobs, and a second career of being a doula, parenting and birth educator, and arrive at me in my forties. It had been decades of me not pursuing my childhood dream.

In a reflective moment, I asked myself what I was waiting for to finally become a writer. I knew that if one day I looked back at my life I would regret not having done this and I jumped into action. I fulfilled volunteer obligations and chose not to re-up my appointments, I found a successor to lead a non-profit I’d founded, I stopped saying “yes” to everything someone asked me to chair/manage/facilitate. The kids were getting older and I made intentional decisions to find time and to make writing this book a priority. I put this abstract “become a writer” on the top of my to-do list and made it concrete. But even then, it took years.

First drafts are crap and mine was no different, but it was a completed first draft and that, in itself, felt monumental. From there, the book has changed dramatically through work with editors, beta readers, and even a casual conversation over cocktails at a writers’ conference with best selling authors Ann Hood and Jackie Mitchard. They asked about my book then, without reading a word of it, offered ideas that made so much sense I reworked the manuscript again after their impromptu masters class.

Now, I’m working on my second novel and am approaching it in a whole new, better way than I did with FORKS, KNIVES, AND SPOONS. I’ve learned so much from writing this book and I feel the most thrilling sense of personal accomplishment and joy. So if there’s a dream you’re sitting on, waiting on, thinking on — stop imagining it and do it! Believe in yourself and make your heart’s desire a reality.

Thank you for having me on your blog, Caroline. You're the best!

Thanks for the information. Helped us to convince most on how this process works and what they could achieve by following these guidelines.
Bangalore Web Designing Company, UI Designing Company Bangalore