Lily King's Kirkus Prize-winning novel EUPHORIA is out in Paperback! Revisit her interview, come see her on tour and read her favorite question from book tour (so far)! 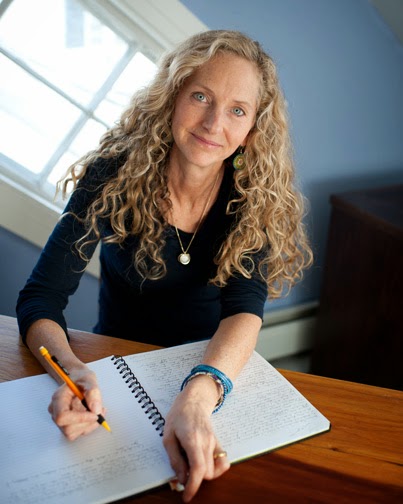 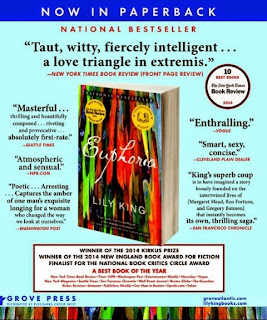 In honor of Lily King's book, Euphoria, coming out in paperback and Lily going on tour, I am replaying her last interview with me here--and posting her tour schedule, her favorite quote from book tour and the reads she is raving about.


Lily King is the kind of writer other writers rhapsodize over. Fiercely smart, and deeply emotional, she's a keen observer of how people struggle to live their lives--and, of course, there is her glorious prose.  Lily’s first novel, The Pleasing Hour (1999) won the Barnes and Noble Discover Award and was a New York Times Notable Book and an alternate for the PEN/Hemingway Award. Her second, The English Teacher, was a Publishers Weekly Top Ten Book of the Year, a Chicago Tribune Best Book of the Year, and the winner of the Maine Fiction Award. Her third novel, Father of the Rain (2010), was a New York Times Editors Choice, a Publishers Weekly Best Novel of the Year and winner of both the New England Book Award for Fiction and the Maine Fiction Award.  Lily's new novel, Euphoria,  is an Amazon Book of the Month, on the Indie Next List, and hitting numerous summer reading lists from The Boston Globe to O Magazine and USA Today. Reviewed on the cover of The New York Times Book Review, Emily Eakin called Euphoria, “a taut, witty, fiercely intelligent tale of competing egos and desires in a landscape of exotic menace.” The novel is being translated into numerous different languages and a feature film is underway.

My favorite question on book tour so far (from a man at a luncheon in Las Vegas):
"Why did it take him so long to have sex with her?"

What I've recently read and loved:
Family Life by Akhil Sharma
Dept. of Speculation by Jenny Offill
Love and Other Ways of Dying by Mike Paterniti
H is for Hawk by Helen MacDonald
Clever Girl by Tessa Hadley