Jax Miller talks about Freedom's Child, drug addiction, the mafia, being a moody writer, and so much more 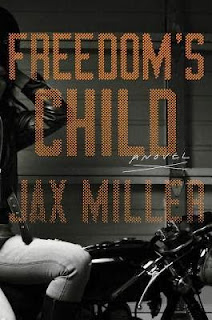 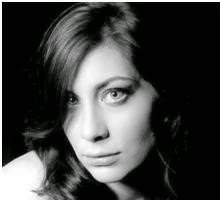 Jax Miller's Freedom's Child is the kind of thriller that makes you feel like someone is breathing over your shoulder. Freedom, a woman under witness protection, must set out to rescue the daughter she gave birth to in prison, who has now gone missing. I'm thrilled to have Jax here!

It wasn’t something that propelled me to write up a story as much as it was creating a character. I created Freedom and she led the way, she told the story. I only wanted to create a person commonly overlooked in society (in her case, the town drunk) and create in her a deep and rich history unimaginable to anyone else. I wanted to create a woman like me who was just trying to dig herself out of a hole and find some purpose in life. I guess I just needed some companionship and found it in a person who doesn’t really exist. I like to think Freedom “gets me.”

You have perhaps the most shattering first sentence I’ve ever read:  My name is Freedom Oliver and I killed my daughter.” Where did that come from? And how did you go about crafting the character of Freedom?

I intentionally wanted something to make the reader say ‘Whoa, there.’ I wanted it to be something pretty unthinkable and that was the first thing that came to mind, because it really is something so unimaginable: to kill your own daughter. I wanted her to be incredibly honest from the get-go and couldn’t think of a more shocking confession. It prepares readers from an early start for what to expect from Freedom’s voice.

I loved that Freedom kept track of her daughter via Facebook. But Facebook often presents an untrue picture of what is going on in someone’s life, which I thought added a wonderful extra dimension to the story.  Why do you think this is?

Freedom is anything but a stupid woman. I don’t think she’s under any illusion that her kids’ Facebook pages aren’t candy-coated. However, I think Freedom needs to think this and convince herself that their lives are as great as they appear. That way she can justify her choice to put them up for adoption. But rest assured, Freedom will soon learn that nothing about her kids’ lives is candy coated.

In an interview I read, you talk about your books being a puzzle. How do you go about solving them? Do you map things out? Do you wait for inspiration?

I wouldn’t call Freedom’s Child a puzzle as much as the current story I’m working on, ‘This Neck of The Woods.’ Perhaps it’s the amateur in me, but I’ve no idea where I’m going in any of my stories. I never adhere to the outlines I try (I just don’t have enough leg room with sticking to outlines). It’s great, though. When my character gets surprised, I’m just as surprised. The inspiration/idea comes when my character’s ready for it. I really do let my characters lead the way.

You’ve also spoken about how your own prior drug addiction fueled Freedom’s. When you were writing about this, was there anything that surprised you, that you hadn’t considered before about the nature and scope of addiction?

Not really. By the time I wrote this, I was already well acquainted with my relationship with addiction. Freedom (I think) was more fueled by my trying to redeem myself in a world where I’d made so many mistakes, my struggles with sobriety as opposed to drugs, and lastly, my struggle in faith. I realize Freedom’s Child isn’t a religious book by any means, but for me, it was a book that 100% was parallel to my spiritual journey and relationship with God. It was rocky, it was messy, it pissed me off half the time… In that sense, the book shocked me a bit. I was surprised that writing could be a coping mechanism and it helped me come to terms with a lot of my own grief.

If such a term exists, I’m the poster child of binge writing. I’m a moody writer. I can go weeks without being able to write a word but then whip out a hundred pages in a long day or two. Depending on the scene, I need to have music blasting in my head. I can’t write without it!

I am plagued with book ideas. I have seven ideas right now (and growing). The main one revolves around the 1920’s and the mafia. I’ve always loved the idea of both. But ask me tomorrow, my passion’s on the move and every day I’m interested in something different.
Posted by Caroline at 2:19 PM


Good and very informative articles. I hope you share some others points about Alcohol and other addictions.rehab centers in houston play a very massive role. At Bay Area Recovery Center they provide a freestanding, medically based residential detoxification program.