Andrew Roe talks about his astonishing novel, The Miracle Girl, the desperate need to believe, havoc-wreaking gophers, writing and more 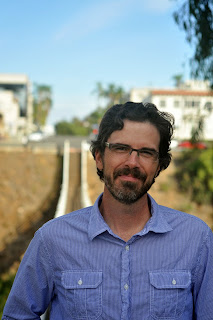 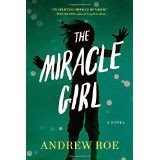 I'm partial to Algonquin Books (my beloved publisher!) authors, and Andrew Roe's debut, The Miracle Girl, is eerie, haunting, unsettling, tragic and also full of hope. And I'm not the only one to think so because the praise is pouring in. I devoured this book in one sitting, and instantly reached out to Andrew, and I'm thrilled to host him here. Thank you, Andrew!

What sparked this novel? I always believe there is a question that is haunting the author and the writing is the salve.

I love that phrase: “a question that is haunting the author and the writing is the salve.” I’m going to regularly quote that, if it’s OK with you. And I totally agree!

The question that haunted me for this book was the question of belief, the mystery of belief—and not just religious but also secular belief. As someone who’s not religious, I do appreciate how faith draws people in and serves as such a foundation for their lives, particularly when confronted with death, illness, life challenges, and so on. So I suppose there’s a bit of me going against that old writing chestnut of “Write what you know” and instead choosing to “Write what you don’t know.”

For me, the book has two types of miracles: the divine, otherworldly kind (which, of course, can never be proven), and the day-to-day, more commonplace kind (which can be verified). Both are powerful, but we might tend to not appreciate the daily miraculous nature in our lives—things like forgiving a parent or spouse, raising a child, or simply being fully present in our lives.

As for the divine kind, I think there’s a hunger, a thirst for these things to be true. But there’s never the certainty that people desire. Just a taste, perhaps. There’s a quote in the book, from a 17th-century English cleric named Jeremy Taylor, that comes to mind here: “A religion without mystery must be a religion without God.” And people may accept the mystery, but there will also always be a human need for verification, validation.

I loved the structure of the book, the way you focused on both the mother, the father, and the girl. Can you talk about why you wrote the novel this way?

Thanks so much for mentioning the structure, and I’m so glad it worked for you. It was definitely one of the book’s biggest challenges and something I spent a lot of time on.

From the beginning, I knew I wanted to have multiple points of view and many characters. When I started, I instinctively wrote chapters from the point of view of a particular character—not only the mother and father and girl (Anabelle) herself, but also the people who were drawn to the title character and found their way to her house for various reasons. I ended up consolidating those latter characters, the visitors, who were more secondary, into single chapters in parts 1 and 2 because there was too much time away from the mother, father, and Anabelle, who were the main characters. The tricky thing was to weave characters into chapters that were told from a different character’s point of view.

It’s interesting: I’ve received some nice feedback about the chapters that are from Anabelle’s point of view, and those chapters were a relatively late addition to the book. For a long time, I shied away from going there, but I’m so glad I eventually did. It gave the novel a weight it didn’t have before.

So, I have to ask, as a debut author who is suddenly smack in the middle of the limelight, does it feel the way you thought it would?  Does it make it easier or more terrifying to write your next novel?

Honestly, I didn’t really know how I’d feel. It’s something that I’ve been working toward for so long that I kind of purposefully avoided having any specific expectations. At various times along the way, I thought I might be overwhelmed or it might somehow be anti-climatic, given that I’m a 48-year-old debut author. Plus, I’m a pretty private person, so I also wondered if I’d feel vulnerable or exposed. Now that the book is out, however, I’ve mostly just been feeling grateful and thankful that people are taking the time to read the book, and that it’s finally finding its way into the world.

As for whether it will make the next novel easier or not—well, while waiting for The Miracle Girl to be published, I’ve already polished up and finished a short story collection and also have a good chunk of the new novel underway. It’s helpful, I think, to focus on the writing itself and trying to get better and not get too distracted or caught up in any limelight-ish stuff. I’ve been away from the new book for a while because of touring for The Miracle Girl and doing publicity and writing some essays. So we’ll see how it feels once I dive back in, hopefully later this month. But I’m guessing that writing a novel will always be terrifying to some degree, no matter how many you’ve written.

Can I pick more than one? Guitars, because my son is getting into music and wants a guitar for his tenth birthday (I used to play guitar myself, in a previous life); anarchism and squatting in abandoned buildings, because of research I’m doing for the novel I’m currently writing; and gophers, because they’re wreaking havoc in my backyard.