Come on, how can you resist a title like THE REAL DOCTOR WILL SEE YOU SHORTLY: A PHYSICIAN'S FIRST YEAR? Matt McCarthy talks about writing, doctoring, and how he checks his email way too often 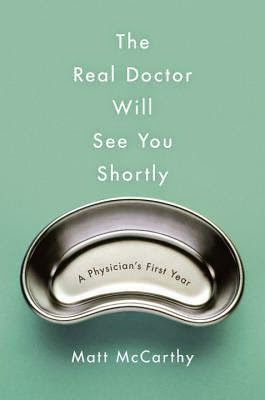 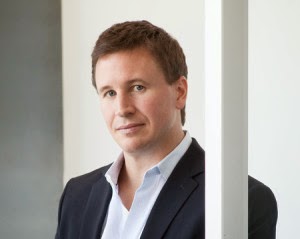 I found this book absolutely irresistible. Brave, funny, and full of truths, The Real Doctor Will see You Shortly, offers an insider's look at what it means to be a doctor. Matt McCarthy is an assistant professor of medicine at Weill Cornell Medical College and an assistant attending physician at New York-Presbyterian Hospital. He has a degree in molecular biophysics and biochemistry from Yale and a medical degree from Harvard. His work has appeared in Sports Illustrated, Slate, The New England Journal of Medicine, and Deadspin, where he writes the Medspin column. His first book, Odd Man Out, was a New York Times bestseller. Thank you for being here, Matt!

I'm always interested in what made you decide to write this book at the particular time that you did? What was the spark?

I was having dinner with my editor three years ago and he said, “Have you thought of writing a book about medicine?” It wasn’t something I’d been thinking about, but the next day I went for a walk with my wife in Central Park and we started talking about why we don’t enjoy medical books, despite the fact that we’re both doctors. The short answer is that it’s not easy to write about a job that can make you so frustrated without sounding like a bit of a jerk.

The book is so brave, so candid, and so funny. What surprised you in the writing?

Thank you. The big surprise came when I read the completed manuscript for the first time. There’s a shift in tone that occurs between parts 1 and 2 that I wasn’t expecting, and another shift between parts 3 and 4. When I put the manuscript down, my first thought was of the Radiohead song “Paranoid Android” which has four distinct parts that are played in different keys and with different tempo. Somehow that song holds together beautifully. I wondered if my tonal shifts would hold together, or if readers would find them jarring. I also thought paranoid android was an apt description of how I felt as a first-year doctor.

You talk about having had a mentor who helped you move from scared young doctor to seasoned pro?

Most people are familiar with a hierarchy in medicine, but they don’t know that first-year doctors learn almost everything from second-year doctors, not from the senior physicians. I was fortunate to train at a place—Columbia University Medical Center—that had a number of brilliant, funny, talented young doctors to show me the ropes. I will remember what I learned from them for the rest of my career.

Doctors don’t realize how often they use medical jargon that confuses people. We have to remember that medicine is a foreign language, and it’s important to simplify things in a way that doesn’t oversimplify. I get very worried when a patient is quiet for more than fifteen seconds, because it usually means they’re not following what I’m saying. It’s kind of like being on a date: if one person is doing all of the talking, something’s wrong.

Patients should be aware that we want you to speak up if you’re confused, and we won’t take it personally if you want a second opinion.

How do you see the medical profession changing?

I’m concerned that morale in medicine is low. Almost every doctor I know is a good person who cares deeply about patients, yet there’s an endless stream of stories written about what’s wrong with medicine and the people who practice it. There just seems to be less incentive to become a doctor than there was ten or twenty years ago. My guess is that more of the top minds will go into other, more lucrative fields—consulting, finance, etc.—instead of medicine. Students at my school, Harvard Med, spend more than $80,000 on tuition and living expenses. And that’s just for the first year.

As an intern, I spent a lot of time obsessing about my patients and not screwing up. Turns out that feeling never goes away.

You’d have no way of knowing this, but for one week during my intern year, my wife was my direct supervisor. At the end of the week, we were required to give each other feedback. I told her that she was great to work with and she told me I check my email too much. I do.
Posted by Caroline at 12:24 PM