The extraordinary Jane Ciabattari talks about CALIFORNIA TALES, her sublime new collection of stories from SHEBOOKS, and why chimera is her favorite word 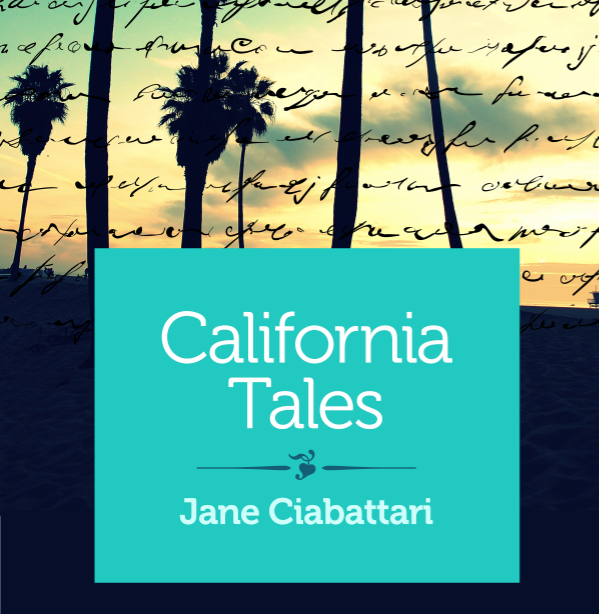 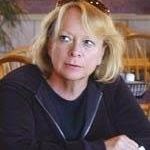 Jane Ciabattari is amazing. She's not only the author of the highly acclaimed collection, STEALING THE FIRE,  as well as numerous short stories, she serves as the Vice President online of the National Book Critics Circle, in charge of the Critical Mass blog and social networking. Her reviews have appeared in The New York Times, The Boston Globe, The Washington Post, and just about every other major newspaper and magazine. And as any writer who knows her knows--she's a tireless champion of the written word. I'm thrilled to host an interview here with her about her wonderful new collection of stories, CALIFORNIA TALES, from SheBooks. Thank you, thank you, Jane!

Q. When did you first decide you were a writer?
I grew up in a book-loving family (my father was on the local library board). I read continuously growing up. My first efforts were poems—I was haunted by the myth of Sisyphus as a child, and wrote a convoluted poem about it. I edited the literary magazine at my small public high school in Kansas and dreamed of getting out. And I did, starting with a National Merit scholarship, which gave me the chance to study creative writing at Stanford.  Nancy Packer at Stanford was tough and because of that, encouraging.

I wrote “Hide and Seek,” a taut suspenseful––and withholding––story about a young girl being abused by an older neighbor boy in her workshop. She told me it was good but I didn’t go far enough. I wasn’t able to at the time, but she taught me you could.  That lesson helped me write my first published story, Hiding Out, which ended up in The North American Review, Redbook and LiteraryMama.com.

In graduate school I was most deeply influenced by Herbert Wilner. I was doing directed writing with him while working full time as managing editor of the Sunday magazine of the San Francisco Examiner & Chronicle. I was working on a novel. He was clearly ill from a heart condition caused by treatment for a lung cancer years before. He had surgery and died. I couldn’t continue that novel. I got a scholarship to Squaw Valley Writers Community and got back on track up there. “Stealing the Fire,” the title story in my first collection, uses some of that emotion and that setting. It’s about a writer finding her voice. So that’s what I was up to then.

A group of us in Herb’s writing workshop (including Molly Giles and Jane Vandenburgh, who all went on to publish novels and story collections) started a writers’ group. It went on for years. We’d gather at each other’s houses and drink wine and critique the work. We weren’t always kind. But we all ended up being better writers.

Q. Are there any themes, characters or imagery that you find recurring in your writing? What are they and what is their origin?
I tend to be drawn to taboos. I can’t seem to help it. Although I’ve lived for many years on the Upper West Side and in Sag Harbor, quite a few of my stories are set in California—Squaw Valley, Silicon Valley, San Francisco, the canyons and bars of Southern California. For some reason that landscape inspires me. I like to write about experiences I haven’t had.

Q. What’s the greatest risk you’ve taken in your writing?
Writing about brutality. Writing about addiction (“Arabella Leaves,” in California Tales, is about a crystal meth addict; I wanted to show what a sparkling girl she was before she was lost to drugs, and how she was loved). Writing about troubled families (“Aftershocks,” which is about a boy, a girl, and a dog who meet in the Viper Room during the devastating Los Angeles earthquake, deals in part with the aftermath of suicide). It’s terrifying to take on the realities we’re living now.

Q. What advice do you have for an aspiring writer who is just starting out?
Expect to throw a lot away. Expect to work hard, and revise constantly. Love it. Or don’t do it. Isn’t that what we all say?

Q. Do you worry about not having the authority to write about situations that you don’t know firsthand?
I use my background as a journalist to research stories. Then I wait for images to come. While I was writing “Arabella Leaves,” the first story in California Tales, I  researched Harley Davidsons, methamphetamine addiction, southern Californian flora and fauna, and biblical references to Lazarus.
Many of the seemingly unrelated details I added to information based on this research come from the business of living life, taking notes on the small things that most people never notice - the sound of coyotes, the smell of the arroyos, a stainless steel motorcycle I saw on the Port Jefferson ferry, a street in New Orleans, Arabella was named after a street sign in the Garden District of New Orleans. Her mother had spotted it on a brief visit to the Big Easy. Her boyfriend D has a a custom Screamin' Eagle Deuce, with a Twin Cam 95 V-Twin engine. It’s the thing he loves most in the world.
I collect photos, pressed flowers - all kinds of things connected to characters or stories. This physical evidence helps me make the transition into writing the story.

I looked through newspaper archives reporting the Northridge earthquake while I was writing “Aftershocks,” a story about a boy, a girl and a dog who meet in the Viper Room on the eve of that devastating quake. ‘Payback Time’ came out of my fascination with the dotcom boom and bust awhile back.  The story is about what happens when the corporate world turns malevolent.  But I also was inspired by Chekhov. The Cherry Orchard. Silicon Valley, once filled with apricot orchards, becomes a dream killer for a workaholic just as he’s on the verge of cashing in.

Q. Do you currently have a job other than writing? I’m a book critic and columnist. I write the Between the Lines column for BBC.com, and contribute regularly to NPR.org, The Daily Beast, the Boston Globe and others. I’ve been involved with the National Book Critics Circle for  many years. I’m a past president and currently vice president/online in charge of the Critical Mass blog and social networking.

Q. What's an odd fact about you that not many people know?
Not sure if it’s odd, but I have a webcam on Mavericks, the surfer spot; I love to go to Lagunitas taproom live concerts; I rode a Honda 250 scrambler until I got married and settled down (I was still an undergrad). I’m still married to  my first husband: I met my darling on a blind date and we were engaged after two weeks.

Q. What is your favorite word right now?"Chimera." It came to me when working on my novel in progress, in connection with the character I call Shanika. Here's an excerpt:

Shanika took her laptop from the table, opened it and sat quietly for a moment.
“Chimera,” she said.
“What?!” Abby snorted with laughter.  This girl was so unpredictable.
“It’s a word I learned on the Internet. It’s got a lot of definitions. One. A fire-breathing she-monster in Greek mythology having a lion's head, a goat's body, and a serpent's tail.  There are lots of pictures. Two. An illusion or fabrication of the mind; especially an unrealizable dream.
“And here are the synonyms,” she continued. “A fantasy, illusion, daydream, a vision, or hallucination. Something you see but it’s not there.”
Shanika smiled, clearly delighted with what she’d learned, thanks to the mysteries of Google.
“Chimera,” she repeated. “That’s what I’m going to call my business.”
“And what will you sell?” Abby asked, amused and curious.
“Not things for sale,” she said. “It’s a massage thing. You come in, you relax, we make you feel peaceful. It’s an illusion. But you’ll feel good for awhile.”
How will I keep up with this one? Abby wondered.

Q. What writing projects are you working on now?
I’m finishing a novel I’ve been working on for several years. Revising is so humbling. I’ve spent a lot of time researching and drafting. Now I have to let most  of that drop away. But I needed that back story so I could feel the truth of the story as I wrote the first few drafts. It’s called The Road to Eastville. It’s about Abby,  who grows up in a small Illinois town founded by her abolitionist forebears. She falls in love in high school with Zeke, a classmate who is the fourth in a line of men whose ancestor was a runaway slave who worked on the underground railroad with the abolitionist founders. He becomes radicalized and leaves her when their son is not even two years old. The book is set in 2004 during the Obama-Keyes senatorial campaign in Illinois. Abby is living in New York and quietly going about her chosen business as an American history post-doctoral fellow. As the novel opens, she gets a call from her son, who is in jail for being highly successful in the drug business. His girlfriend, who also is in jail, shoplifting for drug money, is pregnant. Twins. So Abby goes back to Illinois. A heap of trouble comes from that phone call. Like the story of Ruth, the novel tells of the love between generations that transcends family blood ties.

I've been workshopping the novel with my husband Mark, who also is a fiction writer, and Greg Sarris, a novelist whose work I admire greatly. We're all coming toward completion of our manuscripts. It helps to have others along on the long journey.
Posted by Caroline at 2:19 PM