Maggie Shipstead talks about her extraordinary new novel Astonish Me, why she never became a ballet dancer, the Arctic, and so much more 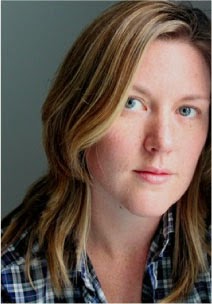 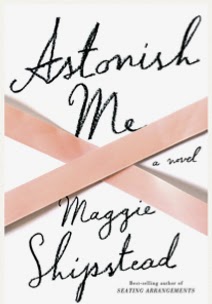 Maggie Shipstead's smart, funny first novel Seating Arrangements was a national bestseller, a finalist for the Flaherty-Dunnan First Novel Prize, and the winner of the 2012 Dylan Thomas Prize. Her new novel, Astonish Me, is something quite different, both a meditation on what it means to be good at your art, and a human drama about love, jealousy and ambition. It's already racking up the raves.  The Boston Globe calls it, "elegant and forceful,"  NPR called it "flawless," and Ron Charles at the Washington Post said, "This is a novel that you must read."

I agree. And I'm honored to have Maggie here. Thank you, Maggie.

Your novel is so different from your first, Seating Arrangements, moving from sharp comedy to the haunting tragedy of what might have been.  What was the writing like for you? Did it feel different to switch gears? What surprised you about this particular book?

Astonish Me was probably the most pleasurable writing experience I’ll ever have, mostly because I didn’t set out to make it a novel. I had a fellowship at Stanford for two years, and in my second year I wrote a short story about a retired ballet dancer named Joan and her rivalry with her next door neighbor in California. At the time, I’d also started working on what I thought would be my second novel. After I was done at Stanford and done with edits for Seating Arrangements, I took a break from the novel project to revise the ballet story, and the story started to expand. By the time I finished my initial “revision,” it was ninety pages long, which I think we can agree is a little bit lengthy for a story. I showed it to my agent, and she saw room for more expansion, so I went back to work. It was only about five months between when I started to revise the story and when I finished the sale draft, and for most of that time I felt like I was somehow cheating on my so-called real novel (which has since died) with this funky ballet side project. But then my publisher ended up buying it two weeks before Seating Arrangements was published, and I thought, oh, okay, it’s a book. The accidental nature of the whole process gave me a lot of freedom: I was really writing for my own enjoyment. Astonish Me’s tone is meant to mimic that of a ballet, especially toward the end, and that was a refreshing departure from the prickliness of Seating Arrangements.


Astonish Me is a great title, and though it was said, I believe, by a ballet master, it resonates for lots of other things going on in your novel. Can you talk about this, please?

Yes, Sergei Diaghilev, the impresario of the Ballets Russes, would tell the artists working for him to “Étonnez-moi,” which was sort of a command and sort of a dare and sort of a rallying cry. I think that’s what we hope for out of live performance: to be profoundly moved, to be astonished by what human beings can do. I just read a quote from David Mamet that the point of theater is to provoke “cleansing awe,” and I thought that was exactly right. As you suggested, though, Astonish Me as a title is also meant to speak to those moments of emotional extremity when we’re shocked, even nearly obliterated, by our own ability to feel. When she first encounters Arslan, Joan is astonished by his dancing but also by the intensity of her desire for him. Their meeting is a real bolt of lightning for her. And even the people we know best are still unknowable on some level and remain capable of turning our worlds upside down.


Did you dance yourself? What was your research into the ballet world like?

I danced for a year when I was five. This was not a success. But my mom is a lifelong ballet lover, and she managed to turn me into one, too. We probably saw four ballets a year from when I was five until I was eighteen and left for college. Since then I’ve kept going to the ballet when I can. So I started writing with a decent amount of baseline knowledge for a layperson. But of course I’ll never know what it’s like to inhabit a dancer’s body—I have an entirely different, much more mundane relationship with my body. I was traveling when I was writing Astonish Me, and I lugged a hardback ballet reference book with me, but mostly I relied on the extremely portable internet, especially YouTube. For every variation I included in the book, I watched and re-watched multiple versions: different dancers, different eras, different productions. I watched behind-the-scenes videos that some companies post of rehearsal and class. I watched documentaries and listened to how dancers described their experiences. Then, unavoidably and alarmingly, I had to imagine the rest.


One of the more aching things about your novel is the whole idea that someone could be good, but not quite good enough to be a star, and what that means and how we deal with that.  Is there a way to deal with such a thing, or are we condemned to always yearn?

I think most artists are probably condemned to always yearn to be better (or more celebrated), but I think acknowledging that yearning is helpful as far as dealing with it. My work is never quite what I want it to be, but I’ve made something like peace with always being a little disappointed with myself. If you’re an artist and you think your work is perfect . . . to me, that’s a red flag. I don’t think that kind of self-regard is good for anyone as a human, and I doubt it’s great for the quality of anyone’s work, either. Isn’t the striving part of the point? For some people, though—and maybe this will be me at some point—the process stops being meaningful enough to justify the frustration.

For the past few months, my writing life has been pretty nonexistent because I’ve been promoting this book. Hopefully I’ll be able to get back to work pretty soon, though. When I’m really working, I usually work six or seven days a week. I don’t have a strict schedule. I’m not a morning person, so I usually get up around nine and then fritter away a few hours walking my dog and having breakfast and checking to make sure the Internet is still there. I usually work in the afternoons and evenings. I like to leave the house if I can. Writing Astonish Me, I was in Paris for three months, and I usually went to Starbucks. That sounds so lame and unromantic, but they let you sit there forever and they have outlets and giant coffees, which most French cafes definitely do not. I’ve written both my books during periods when I was living places where I didn’t know anyone and had a lot of time and solitude to work with. My challenge now is to figure out how to be productive and also have something resembling a social life.

The project I’m working on now involves both the Arctic and the Antarctic, so I suppose I’m obsessed with unforgiving landscapes and the general scale of the earth. I’m in the UK at the moment doing stuff for Astonish Me, but I’m heading to Norway next week, eventually making my way up to the far north and then flying way up into the High Arctic to a group of islands called Svalbard. There’s an organization that runs a trip aboard a tall ship for artists interested in the Arctic. So I’ll be sailing around Svalbard for the second half of June. I would really like to see a polar bear.