Lian Dolan talks about Elizabeth the First Wife, Shakespearean subplots and break-up lines, writing, not slipping behind technologically, and so much more 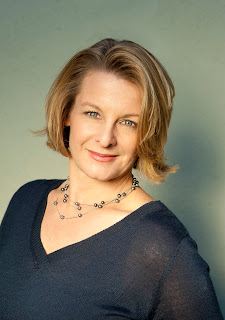 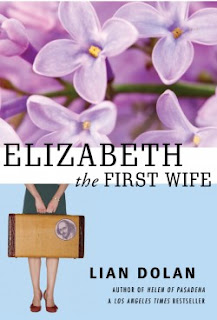 Lian Dolan is hilarious. That's what you have to know first. But she's more than that, of course. She's a bestselling writer and award-winning broadcaster. She crated Satellite Sisters, a nationally syndicated radio show with her four real life sisters, which reached a million listeners a week and won 9 Gracie Allen Awards for Excellence in Women's Media. (Note: I am on it this week!) She produces the Chaos Chronicles, a humor blog and podcast about modern motherhood which was developed as a half-hour sitcom for Nickelodeon, with Lian writing the script. She contributes to Oprah.com as a parenting expert, to makinglifebetter.com as a family expert, and she's also written columns for O, the Oprah Magazine and Working Mother Magazine. Her debut, Helen of Pasadena was a Los Angeles Times Bestseller, nominated for Best Fiction by the Southern California Independent Booksellers. Following that is the whipsmart Elizabeth the First Wife, which tackles reinvention, love, and finding yourself--all with a delicious soupcon of Shakespeare. Thank you so much, Lian for everything!

What sparked the book?
I wanted to explore the idea of finding and asserting your true self as an adult within the context of your family. I know a lot of people, myself included, who are confident, respected professionals in their every day lives and then Thanksgiving rolls around and they revert to awkward 13 year-olds when confronted by their opinionated parents or finger-wagging aunt. What’s wrong with us? Why are we one person in the real world and a very different person in our own families? So I wanted to take a look at that dilemma through the eyes of a contemporary woman, someone who otherwise has her act together. But that sounds pretty heavy and I like to write with a sense of fun, so I threw in the Shakespeare, the romance and a stray dog.

The structure of the book is just inspired. You have the main story line, about Elizabeth, whose whole sort of staid life earthquakes when three very different men come into her life,  then there is the story of the production of A Midsummer Night’s Dream, but you also have these hilariously witty asides on relationships based on Shakespearean principals about why a modern woman would or wouldn't want a Shakespearean hero, and you outline the power couples, like the Macbeths, complete with their best and worst moments, turn-ons and turn-offs, and why they work as a couple, and you do it in a fresh and funny way, so that both our modern time--and Shakespeare’s Elizabethan time, seem new. How did you manage to keep all these wheels spinning?

I wanted to tackle a Shakespearean subplot because his work is so universal and still so relevant. Also, I think it’s possible to become completely swept up in Shakespeare in a romantic, highly impractical way, as if reading Shakespeare was enough of life, so that you didn’t really even have to go out and live your own life. And that seemed to fit my main character Elizabeth Lancaster, a professor at a community college who’s a little stuck in her quiet life.

Initially, I set out to have Elizabeth solve some age-old academic quandary around the writing of Midsummer. And I did months and months of research looking for the right mystery she could solve. What I didn’t realize when I started is that there are a zillion Shakespearean scholars and enthusiasts with blogs and articles and discussion groups online. There was literally no way I was going to create a “new” question they hadn’t already discussed with great authority. (Much greater than mine, I might add!) So I went the complete opposite way: Bridget Jones meets The Bard. Elizabeth’s “research” became a contemporary relationship book based on the work of William Shakespeare. The idea popped into my head in the shower one day, as the perfect solution to my writerly dilemma. I hopped out of the shower, soaking wet, and searched the Internet to see if any such book existed. I was shocked to find nothing. Nada. Now even a tweet in that category.  That’s when I knew I was onto something, combining pop culture, contemporary relationships and the work of William Shakespeare.

As far as keeping the wheels spinning, I did have to finish the main manuscript completely before I started the book-within-a –book material. It was a completely different style of writing and thinking. I tried writing some of the material as I wrote the prose and I couldn’t even get a sentence down! So I banged out the prose first and then turned to the more magazine-style writing. It was pretty grueling actually! Like writing an entirely different book after you finished the first one. I’m not sure I’ll do that again. But I’m happy with the results.

I also want to ask you about the great lines from Shakespeare and your advice on how to use them. How’d you go about choosing them?

There is literally not a subject you can conceive of- lust, jealousy, love at first sight, broken hearts, bad boyfriends, dog ownership, unrequited passion- about which Shakespeare hasn’t written a dozen great lines. It’s an embarrassment of riches.  And the Internet makes reviewing all that material fairly accessible. As I was writing, I’d have the thought, “This would be a good spot for a quote.” Or “Let’s see if I can do a whole riff on break-up lines” and I’d Google “Shakespearean Break-up lines” and I’d sift through the choices.  I tried to use the lines sparingly, so that they really stood out when I did.  I think it would be easy to go overboard because Shakespeare is literally human quote machine.

What I also find ingenious is that while you are entertaining us and making us laugh, you're also talking about Shakespearean drama and imparting a great deal of knowledge, too.  So where does your love and knowledge of Shakespeare come from? Did you go back and do some rereading while writing the novel?

I grew up in Connecticut near a town called Stratford which is home to an ‘official’ Shakespearean Theater, so from elementary school through high school, seeing a play was an annual field trip. And I can still remember the discussion about The Taming of the Shrew in my 8th grade English class with my groovy, feminist teacher. I think that early exposure gave me an interest and a comfort level with the material. Let’s face it, the first few Shakespeare plays you see, you barely have any idea of what’s happening. But the more read and watch, the more you understand.

In high school, I also loved going into New York City in the summer to see the Shakespeare in the Park with friends because that was a whole happening, from waiting in line for the tickets to seeing great actors on stage in an outdoor setting with a raucous audience. By college, I eagerly signed up for a full-year class, reading a dozen plays and even playing Hamlet in our in-class production.

But a lifelong fascination with the Bard was cemented during my junior year abroad in Athens. I had the opportunity to see an amazing Royal Shakespeare Company/Peter Hall production of Coriolanus with Ian Mckellen in the title role. The production was staged in the ancient amphitheater on the Acropolis. There was no need for a set really because it was the ancient amphitheater on the Acropolis! Just the words, the acting and the lighting but with Shakespeare, you don’t need any more.  It was ‘mind-blowing’ to steal a phrase from the book. Just one of those experiences that connected me to thousands of years of theater, words and the whole human experiences in a single night. Made me a life-long believer in the power of the Bard.

Even still, I felt like I was starting from scratch when doing the research for the book. I spent a long weekend in Ashland at the Oregon Shakespeare Festival, seeing plays and taking a backstage tour. My younger son was reading Midsummer at the time—the starter Shakespeare comedy, so I read along with him and decided that play would work perfectly for my concept. I went to a bunch of lectures by Shakespearean scholars at local colleges on related topics. Did you know you could find PhD theses online? I read a few of those that related to Elizabethan England.  And, of course, I watched Ten Things I Hate About You again, all in the name of research.

What I love about your books is your eye for the telling detail, both in Pasadena and in Oregon.  Do you think about place as a character in itself?


Yes, absolutely yes. I’ve always been drawn to books, movies and TV shows that have a real sense of place. I’m not a big fan of the “generic midwestern city” as a setting.  When I immerse myself in a book or movie, I like to feel that I get to know the place almost as well as the characters. Pasadena has been my home for twenty years and has a rich cultural and intellectual heritage to draw upon. The city is awash in tradition and civic pride, but also dynamic and evolving. Oregon has a special place in my heart, having lived in Portland for five years and spending a lot of time in Central Oregon for vacation. It’s quirky, charming and the complete opposite of Pasadena in many ways.  I hope readers want to go to both Pasadena and Ashland after reading the book.

What’s obsessing you now and why?
Digitizing my life. I feel like I slipping behind, technologically speaking. Like I’ve kept up for the first decade of this revolution, but now I’m kind of over it and just want to keep my current version on iTunes. I’m tired of upgrading my software, but I don’t want to be that dinosaur that can’t figure out how to get the pictures out of the camera. So, I’m re-committing to digitizing. After the book tour, of course.