Erika Robuck talks about Zelda Fitzgerald in Call Me Zelda, where that fictional nurse comes from, and so much more 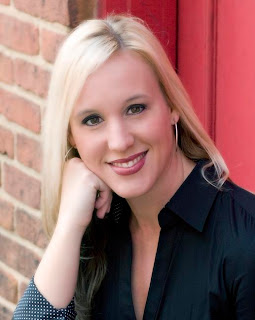 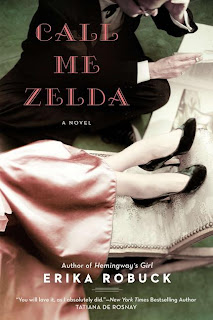 Erika Robuck is an amazing story in herself. She self-published her first novel, Receive Me Falling, but her second novel, Hemingway's Girl was picked up by Nal/Penguin and became a Target Emerging Author Pick, a Vero Beach bestseller, and it's been sold in two foreign markets to date. Call Me Zelda, about a period of time in the life of Zelda Fitzgerald is gripping, smart, and yes, heartbreaking. I'm thrilled to have her here. Thank you, Erika!


Why Zelda? And why now? What do you think she has to say to modern readers?

Hemingway actually led me to Zelda. While I researched HEMINGWAY’S GIRL, I read over and over again how much Hemingway disliked Zelda. Knowing that Hemingway didn’t always have the healthiest views of women, I wanted to learn more about her on my own. I found her life and struggles fascinating and relevant today, particularly to women looking for balance in their business, creative, and domestic lives. I’m also sympathetic to Zelda’s difficulties, and want to show the particular pain of mental illness, demonstrate how it affects families, and explore opportunities for healing.

So much in the research surprised me. I was shocked to learn that F. Scott Fitzgerald hid Zelda’s diaries because he wanted their life to be “his material,” and that he used some of her writings (even personal letters) in his fiction. I was shocked how devoted Scott and Zelda were to each other in spite of seemingly insurmountable odds. I was surprised what an accomplished artist Zelda was, and how many notable triumphs she had in her life after Scott’s death.

How do you want readers to see Zelda?

I want readers to appreciate Zelda’s unique genius and talent, and sympathize with her struggles with mental illness.

I spend four to five months researching a time period and subject, and then about a year writing the novel. I immerse myself in a character, time, and place as much as possible, and allow the characters to haunt me. I write every day, chasing the time when the words come faster than I can type, when I feel the character guiding me, when I lose track of time and space. I’m always chasing that high.

The poet Edna St. Vincent Millay is my current obsession. I was led to her while doing Fitzgerald research. Two of Scott’s Princeton friends were in love with her, and I have always admired her poetry. She is a fickle muse, and I’m forever wrestling her. I’m confident that my struggles writing about her have been a help to my process because of how she entranced and toyed with so many while she was alive. My novel about her comes out in 2014.

You should have asked where I got the idea for my fictional nurse, Anna, the protagonist of CALL ME ZELDA. In the biographies about Zelda, there was often mention of a nurse—a nurse who stayed with Zelda at the Fitzgerald’s house in Maryland, a nurse who escorted Zelda on the train to her art showing who had to sedate her, a nurse Scott accused of helping Zelda submit her novel to his editor without his approval, a character in a short story by Scott... This could have been many different women or one. I chose to make this shadow person my point of view character, give her a life of her own, and allow her to tell us Zelda’s story.