Yona Zeldis McDonough talks about A Wedding in Great Neck, eschewing outlines and listening for the inner voice 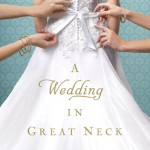 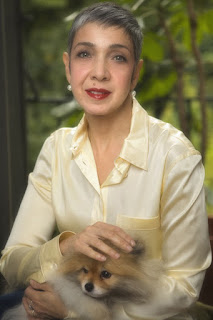 Written around the course of one  astonishing wedding day, A Wedding in Great Neck is, "a tender, clever story with emotional heft," (Booklist.)  Yona Zeldis McDonough is also the author of The Four Temperaments, In Dahlia's Wake and Breaking the Bank--and she's also one of my favorite people on the planet. I'm thrilled to have her here to talk about her new novel. Thanks, Yona, now let's have lunch some day soon!

What sparked the idea for your book? Is that usually the way all your novels begin? Was there anything different with this one?

I had recently read—and was very impressed by—two other books that took place in a single day.  One was the masterpiece Saturday, by Ian McEwan, which I thought was truly epic in its scope and depth.  The other was Helen Schulman’s powerful and moving A Day At the Beach.  I was intrigued by the formal problems posed by creating a novel whose story unfolded in one day and I thought a wedding would offer a strong enough armature on which to base a plot structure of that kind. I’d never done anything like that before.

What surprised you in the writing of this novel? How do you write? Are you an outliner or do you fly by the seat of your pen?

I don’t typically make outlines--I don’t like them—and even when I have, I tend to ignore them.  I want the story to gather its own momentum and to take me to places I had not intended to go. That’s what keeps it exciting for me.  I always start with a voice—someone tapping me on the shoulder, whispering in my ear, saying Listen to this. It’s important that you get it down right. I wait for that voice and when it comes, I feel I am less the creator and more the conduit for something not entirely in my control.  In the case of Wedding, the voice that animated the story was Lincoln’s. That was a bit of a surprise—I’m not a guy, divorced or a recovering alcoholic, and yet there he was.  I loved inhabiting his soul and writing his chapters.

When my kids were younger, my writing life was built around their  schedules—while they were in school, asleep or playing with friends.  Now that they are older, that’s no longer an issue. I work almost every day, for at least part of the day.  Right now I’m into working early, and saving the errands/gym time/socializing for later.  I frequently write after dinner and into the evening.

I am now at work on another novel, Two of a Kind, which is actually an offshoot of Wedding; it involves two characters who meet at the wedding in Great Neck, and one of the Wedding characters makes a brief cameo appearance in Chapter One.  Since my publisher is asking for this new book quite soon, I’d say the writing of it has become fairly obsessive!  I’m also haunted by a story I started in the summer of 2011 that is set in 1947 and explores an unlikely friendship between two women—one Jewish, one Christian—and  and I’m kind of aching to get back to it.